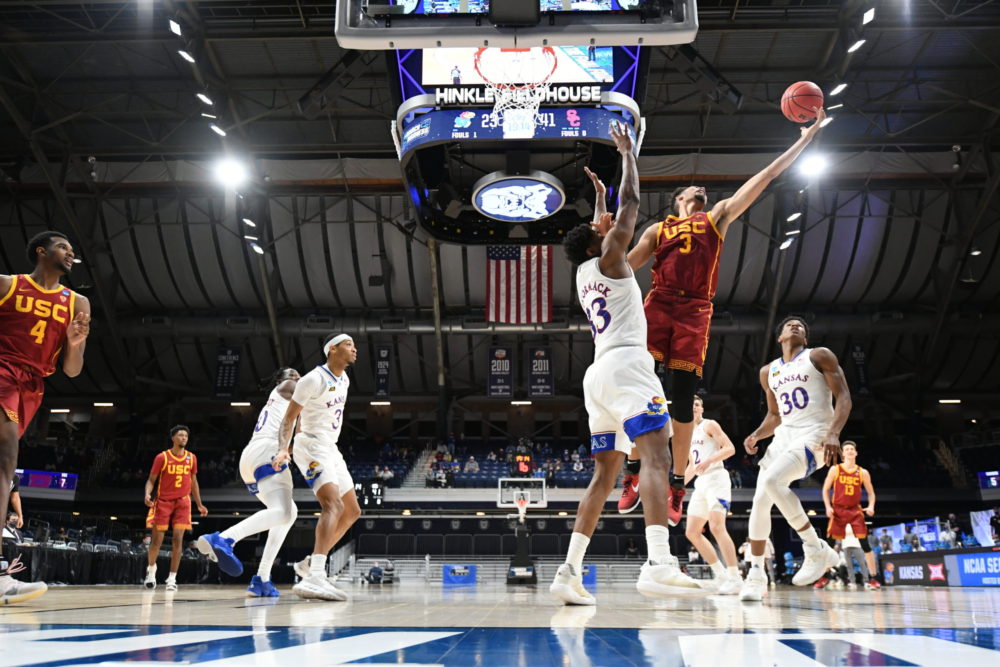 Over the years and decades of USC basketball there have been games with exciting finishes. In the last two years alone the Trojans have two buzzer-beater threes to beat the Bruins and last year they beat Stanford when the Cardinal was ahead by five with only fifteen seconds left and set to inbound the ball.

But there had never been a game in which the Trojans had so thoroughly dominated one of the historic basketball teams, and in the NCAA Tournament no less. I caught myself waiting for USC’s tremendous shooting to cool down or Kansas to begin to find holes in the Trojan defense.

Five Trojans scored in double figures and another totaled nine points compared to the Jayhawks’ single player with more than 10 points. The Trojans dominated the boards by twelve. The defense never slacked off and once the USC offense found their rhythm, they were unstoppable.

This game was the equivalent of USC’s national championship drubbing of Oklahoma in the Orange Bowl behind Matt and Reggie. It’s likely that in the future we will also need only first names to remember Evan and Isaiah. This win should give the Trojans a boost in recruiting and in the minds of Southern California sports fans. In a few years we may look back and identify this win as the turning point in Trojans basketball history.