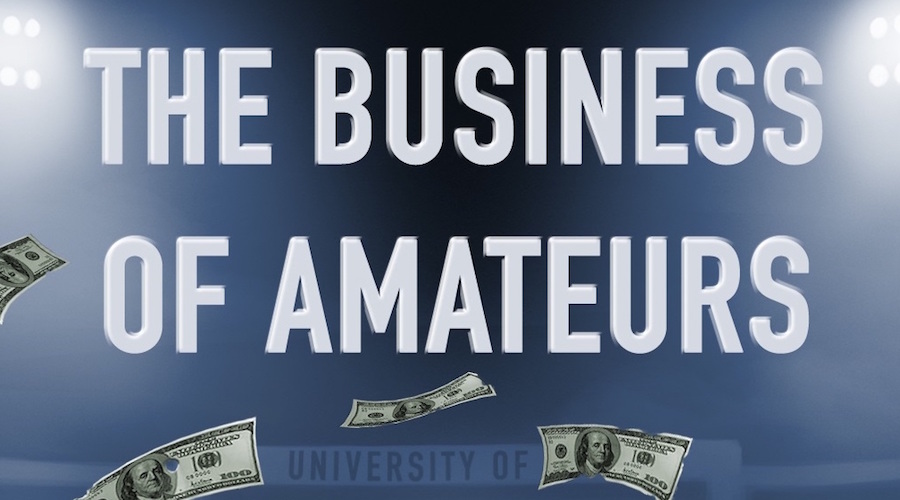 In 2013 we did a story on former USC defensive lineman Bob DeMars and his goals of completing a documentary which would look at the issue of the NCAA and the hypocrisy of how they handle amateur athletes.

The result of DeMars work is “The Business of Amateurs”, a documentary which focuses on the rights of those student-athletes, and includes a compelling look at the story of former USC linebacker Scott Ross, who passed away recently after battling multiple off-field problems. It’s a hard look at the battles many student-athletes face and it asks a lot of pointed questions about the NCAA system of dealing with these situations.

Click below to watch the trailer for the documentary

There will be several local screenings of the documentary in the coming months with proceeds going to various fund-raisers, including one that will donate to the family for former USC lineman Chris Brymer, who is currently homeless and dealing with issues related to CTE.

Click here for information on April 19 screening in Playa Vista

Click here for information on April 25 screening in Aliso Viejo

Click here for information on April 26 screening in Augora Hills

Here is the press release for the documentary:

“The Business of Amateurs” is the first documentary to challenge the National Collegiate Athletic Association (NCAA) from the perspective of former student athletes. Annually, billions of dollars in new revenue is made by the NCAA; now, many players and fans are questioning the NCAA’s active role in the marketing and selling of their cheapest commodity: amateur athletes.

The documentary shines an uncomplimentary spotlight on the NCAA, an institution that was founded on the principles of protecting and benefiting the student athlete.

“The NCAA is the face of college athletics, and it generates billions of dollars every year for top universities in the United States,” said DeMars. “Though we set out to make a film focusing exclusively on the hypocrisy of the NCAA, we ended up with a film about student-athletes and their civil rights. I hope their stories will be what resonates and helps spark change in the flawed system of college athletics.”

The documentary’s story primarily unfolds through the testimonies of key players and former athletes, including Scott Ross, an inspirational linebacker that played alongside Junior Seau at the University of Southern California. Ross was diagnosed with dementia at the age of 40, and his struggles with depression, anxiety, and alcoholism are chronicled in the film.

Additional former student athletes featured in “The Business of Amateurs” include Ramogi Huma and Kain Colter, two former college football players who started the unionization effort at Northwestern University. Former UCLA basketball player Ed O’Bannon also appears to tell his story of how the NCAA used his likeness in an EA Sports NCAA Basketball videogame, and how his ensuing lawsuit (Edward O’Bannon, Jr. v. NCAA, case number 14-16601, United States Court of Appeals for the Ninth Circuit) for that experience changed rules for athletes.

Dr. Robert Cantu and Chris Nowinski, founder of The Concussion Legacy Group and former football player at Harvard University, also lend their expertise to the documentary, focusing on the issue of head injuries and the concussion crisis.

Many important roles behind the camera were filled by former student-athletes. DeMars himself is a former student athlete who played football for the University of Southern California from 1997 to 2001. In addition, composer Christian Staehely, animator Steven Christian, and song-writer Joel Bauman are all former student athletes who contributed to the making of “The Business of Amateurs.”

“Despite the film’s scathing criticism of big-time college sports, the film is done out of love and comes from a place seeking answers for something worth saving,” said DeMars. “As athletes, we love our schools and our sports. When you love and care about something, you push to make it better.”