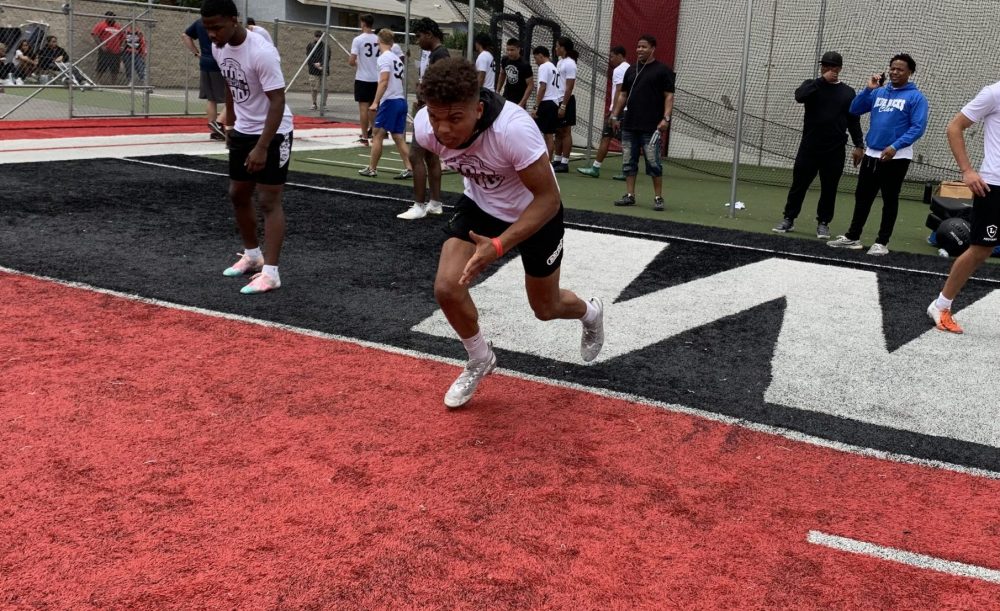 USC landed a commitment from four-star tight end Keyan Burnett on Friday, as the Trojans continue to stockpile big receivers.

The 6-foot-5, 215-pound Burnett is the nation’s No. 224 overall prospect and No. 8 tight end, and a big recruiting win for USC, which beat out Arizona and Arizona State for the No. 15 recruit in California.

Burnett caught 22 passes for 314 yards and two touchdowns as a sophomore at JSerra in 2019, but transferred to Anaheim (Calif.) Servite in January 2020. This spring, he’ll help form a potent receiving duo for the Friars, alongside five-star wide receiver Tetairoa McMillan, another top USC target. Burnett is a tough assignment in the passing game and can create size or speed mismatches against linebackers or safeties. He prides himself on his ability to go up and get the ball in traffic, but he’s equally comfortable with his ability to be a physical presence as a blocker in the running game.

But Burnett is an offensive player at the next level and the recruiting pitch from USC, using big receiver Drake London to showcase what a hybrid tight end/receiver can do in Graham Harrell’s system, was an attractive one for Burnett. And the Trojans were able to keep momentum with him despite changing position coaches, as John David Baker left for Ole Miss and was replaced when the Trojans elevated Seth Doege from offensive quality control analyst to tight ends coach. Burnett was USC’s top tight end target in this class.

“It’s a lot of Drake London,” Burnett said last fall of how the coaches envision him fitting into the offense. “I feel like that’s a great position, especially for me. I can get mismatches with safeties and outside linebackers.”

Traditional tight ends have taken a back seat to USC’s wide receivers over the past few seasons, as London took hold of the Y receiver spot as a true freshman and never really relinquished it. USC used more of its tight ends last season, as well as some two tight end sets. But the receiving production didn’t increase dramatically, nor did the tight ends help solidify the running game. Finding the right answer there will be important for the USC offense moving forward, but the Trojans continue to bring in dynamic pieces to use there. London has become a star and one of the conference’s top offensive players, but finding a balance with the position in the running game could be important.

USC will have true freshmen Michael Trigg and Lake McRee this fall, and signed four-star tight ends Jude Wolfe and Ethan Rae in the 2019 class. Now Burnett will add another talented piece to the position moving forward.

Burnett is commitment No. 6 in USC’s 2022 recruiting class and the third on the offensive side.