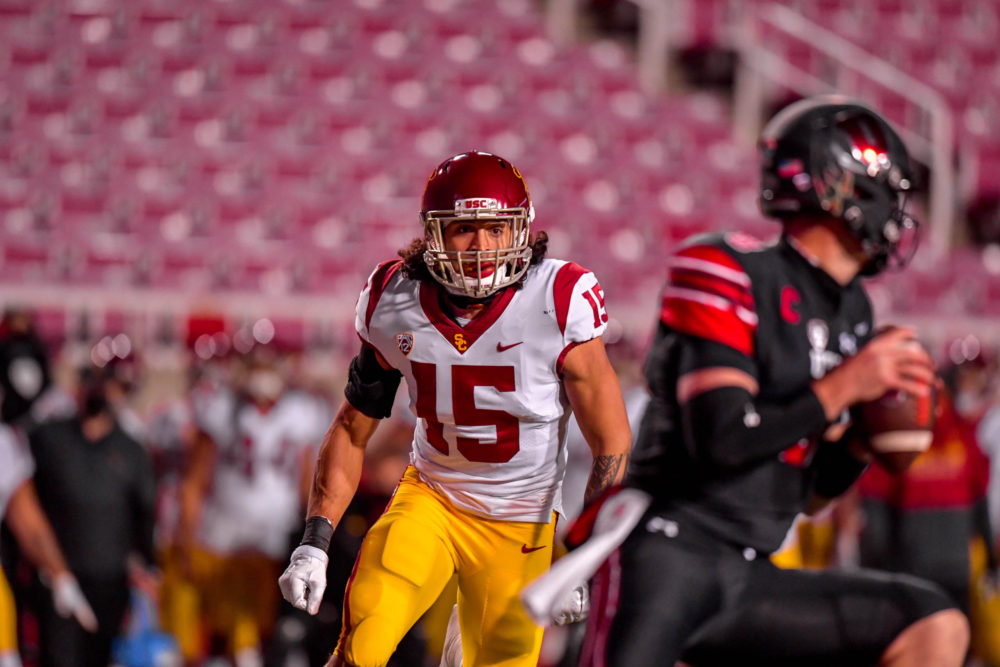 USC safety Talanoa Hufanga turned in the best season any Trojan defender has had in several years and was rewarded for it on Tuesday, as he was named the Pat Tillman Defensive Player of the Year in the Pac-12.

Hufanga led the conference with four interceptions and led all Pac-12 defensive backs in tackles, with 62. His four interceptions came in four straight games and he posted double-digit tackles in four of the six games this season.

He recorded 17 tackles against UCLA — one season after posting a career-high 18 tackles against the Bruins — and had two sacks in the Pac-12 Championship Game against Oregon.

Hufanga had always been a talented member of the USC defense, but he took his game to another level in this Todd Orlando scheme. It gave him an opportunity to demonstrate his skills closer to the line of scrimmage as well as in coverage.

He had one of the Pac-12 plays of the year against Washington State — a game where he played linebacker for much of it — when he dropped off the line of scrimmage and tipped a pass into the air, hauled it in for an interception and then hurdled over a would-be tackler on his way to a big return.

He was named to the Pac-12 First Team and, despite playing in just six games, Hufanga was also named to ESPN’s All-America team at safety. Hufanga is eligible to make himself available for the 2021 NFL Draft, and while he’s given no public indication yet, his performance against Oregon could have been the final time he took the field as a USC Trojan.

He is the first USC defender to win this award since Adoree’ Jackson did so following the 2016 season.