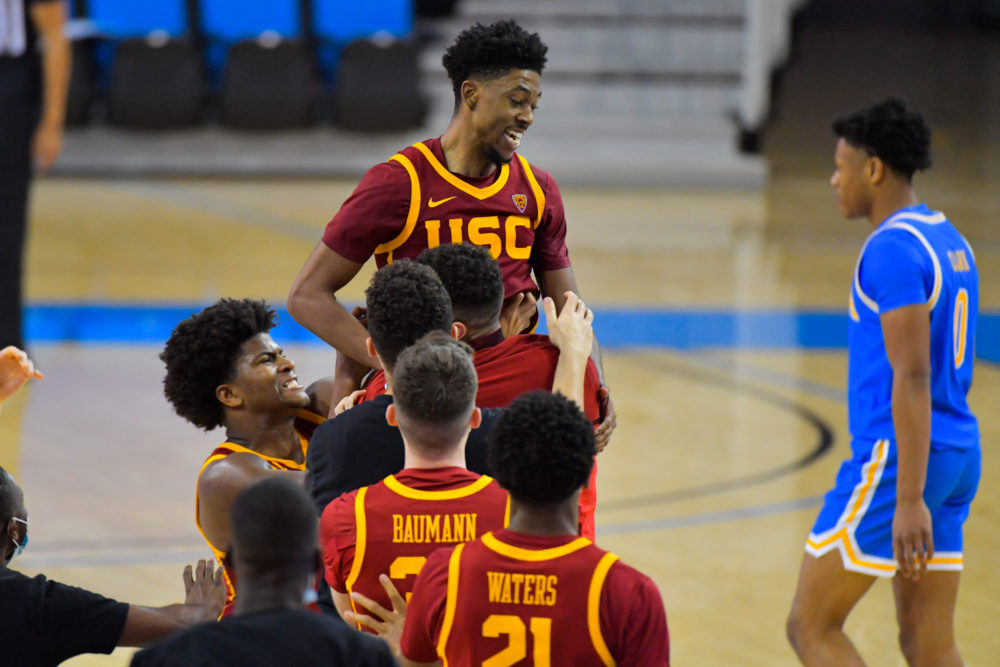 Tahj Eaddy spent just one year at USC, but he made it a memorable one. He helped lead the Trojans to the Elite 8, delivered a game-winning three pointer to beat UCLA, and averaged 13.6 points and 2.8 assists per game.

On Thursday, Eaddy declared for the NBA Draft, setting his professional career in motion.

“I am so grateful to have had the opportunity to create relationships and memories with so many amazing people here at USC,” Eaddy posted on his Instagram account. “Thank you to coach Enfield and the entire staff for believing in me and giving me the opportunity to be a part of something special.”

There were questions about just how much Eaddy would impact the team this season when he announced that he would transfer to USC from Santa Clara. He scored just nine points per game as a junior, down from 15 the year before. He started about half as many games, his minutes declined and he impacted the game far less.

But Eaddy had a massively positive impact on this USC team, as he finished second in minutes played per game and started 32 of USC’s 33 games. He scored in double digits in 26 games and quickly became one of the team leaders.

But Eaddy will be most remembered for his game-winning shot against UCLA to close the regular season, as he caught an inbounds pass with 3.7 seconds left and the Trojans trailing 63-61. He rose up in the corner and drilled the shot to give USC a season sweep over UCLA and the Trojans another memorable shot in their basketball history.

Replacing Eaddy next season will not be an easy task, as the Trojans got ball handling, scoring and a solid defensive presence. But Eaddy will turn 25 this summer and beginning a professional career now makes sense for him.

It’s unfortunate that USC fans were not able to witness Eaddy’s one season in person, but he made sure to address them in his farewell statement.

“Lastly and definitely not least, I would like to thank the Trojan fans,” Eaddy wrote. “You guys have welcomed me into the family with open arms and I couldn’t be more appreciative. Although we are in the midst of a pandemic and fans weren’t allowed at our games this year, the love was truly felt.”