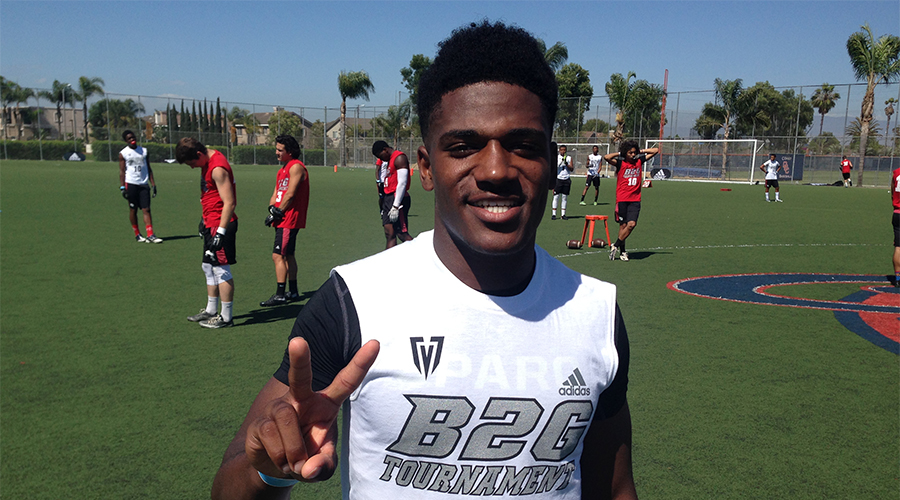 Class of 2016 USC commit Melquise Stovall (Lancaster, Calif./Paraclete) has had an outstanding offseason, starring on the spring 7-on-7 and camp circuit. His run of stellar performances continued this past weekend at the B2G Elite Los Angeles 7-on-7 Regional in Costa Mesa (Calif.), but the experience was just a little extra special for the ESPN 300 athlete this time around. After all, not only was he playing with a new 7-on-7 team in Ground Zero Panoramic, but in doing so, he also received the unique opportunity to play alongside his cousin, Class of 2017 USC commit Stephen Carr (Fontana, Calif./Summit), who like Stovall, is generally regarded as one of the top running back prospects in his class nationally.