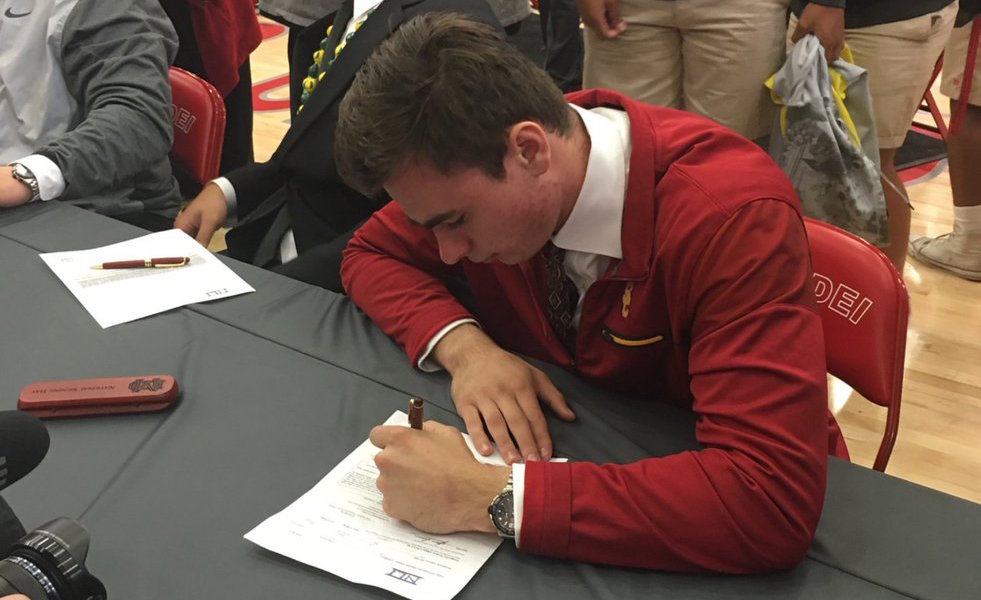 No surprises from the four verbals coming into the day

It was nice to see the letters for all four previously committed players arrive relatively early in the day, particularly the Mater Dei duo of JT Daniels and Amon-Ra St. Brown. There was a post on the message board during the day asking about potential game-changers in this class and I think these guys would have to be at the top of the list based on what they’ve accomplished so far together. Trevor Trout was another important one, especially after losing Tuli Letuligasenoa to a late flip. And it didn’t stand to reason that there would be an issue with Eli’Jah Winston after he flipped yesterday but you never know.

For so long Solomon Tuliaupupu had been rumored as a heavy lean to the Trojans, even as he took a look at a few other schools and USC loaded up on five other linebackers coming into today, but that didn’t stop Solo from stepping up during the ESPN broadcast and making it clear that he was coming to USC. Six linebackers! Good ones! And it was Solomon who was the USA Today Defensive Player of the Year, the Butkus Award winner, and centerpiece of a national title winning defense.

Devon Williams gets it

The Trojans really wanted to pair a big receiver with St. Brown, and Williams (6-5, 195) was the primary target on the list. The only problem was that Oregon had done a good job under Willie Taggart of getting in on Devon early and it looked to all the recruiting world like Devon would eventually be a Duck. But the Trojan coaches stuck with it, and took advantage of the opening that was created when Taggart left for FSU. A late official visit for Williams to USC helped show him what the university was about, and Clay Helton said “he understood that the decision was bigger than the game, it was also about what happens when your playing days are over.”

You can never have too many good corners in this conference, and Helton was quick to remind the media this afternoon that the Trojans could lose as many as 6 DB’s after next season, so it was important to load up in the secondary this year. It’s a very good group of four with previous commits from Talanoa Hufanga and Chase Williams but the addition today of Olaijah Griffin and Isaac Taylor-Stuart adds two of the elite corners in the nation. The USC pass defense just got a lot better today.

As mentioned earlier, the Trojans did lose a flip late when Letuligasenoa went to Washington, and there was also a miss today on a lineman when Penei Sewell announced for Oregon. That means the Trojans only have two players in this class on each side of the line, which isn’t ideal, but look for them to bring in bigger numbers next year when the overall class size is bigger and there is a very talented pool of linemen on the west coast.

For the third straight year Helton and staff have done a terrific job of closing a recruiting class on signing day. Not only did they get the players they wanted today (save for Sewell) but they hit the scholarship number of 18 that had long been projected as the final number for the class. Helton didn’t give any details of how the Trojans will get the four additional rides that are needed but the speculation is that it will come from players transferring out, graduating, etc.