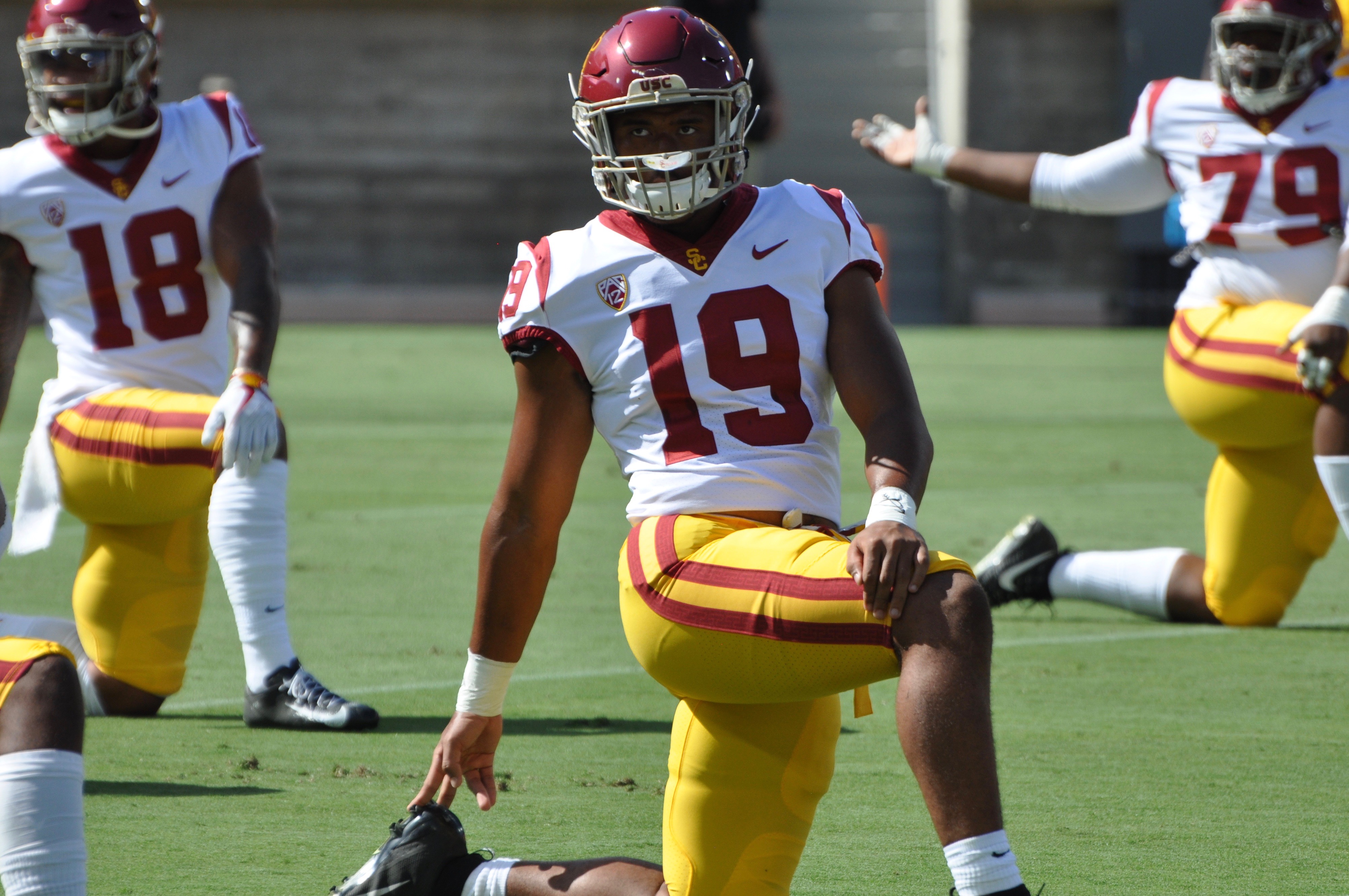 As we move closer to spring ball, WeAreSC will break down the 15 things we’re most looking forward to watching during those 15 practices that kick off the USC Trojans’ 2020 season. Up next, we look at the young players we expect to have an opportunity to make an impact.

In Spring, you might be able to get a glimpse of what your senior wide receiver or third-year starting linebacker is going to bring to the table in the fall. But one of the best aspects of spring ball is that it typically offers an opportunity for some younger players to rotate in and get some extra work in order to see how they’ve developed over the off-season and maybe get a look to see whether they’re ready to contribute significantly.

The thought is split a bit, as to whether a player’s first offseason or second offseason is the one where you see the most development, but it’s a fairly universal thought that it happens early in their college career.

This spring, the Trojans will be rolling out an entirely new defensive scheme, complete with four new defensive coaches, so getting veterans on that side of the ball up to speed will be an absolute priority. But still, seeing where young players who were bit players last year, or maybe not counted on at all, is one of the highlights of spring ball.

On the offensive line, Jason Rodriguez is going to get a ton of attention. The redshirt freshman has the ability to play both left and right tackle, and the Trojans are looking for a starter at both spots.

Quarterback Kedon Slovis and running back Kenan Christon will only be true sophomores, but expectations are high for both considering what they demonstrated on the field last season.

Wide receiver and tight end boast a number of players who fit this category. We’ve already dug into the outstanding collection of young wide receiver talent, with Bru McCoy, Kyle Ford and others, and redshirt freshmen tight ends Ethan Rae and Jude Wolfe should boost a position with plenty of questions surrounding it.

On defense, the biggest question will be along the defensive line, as USC has to quickly find depth in its youth because it could lose a ton of production to graduation and the NFL draft after this season. We thought last spring would be huge for defensive tackle Trevor Trout, but he tore his bicep and missed virtually all of it. Now, he’ll enter this season as a redshirt sophomore and the hope is that he will find a spot right behind those upperclass big men in Jay Tufele, Marlon Tuipulotu and Brandon Pili. The Trojans actually have a few defensive tackles that would hugely benefit the defense by stepping up big this spring. Stanley Ta’ufo’ou made the move from linebacker to defensive tackle between high school and his redshirt year in 2019, and De’jon Benton flashed more than a few times during practice as a true freshman last year. That duo, combined with true freshman early enrollee Kobe Pepe will be a focal point along the defensive line, as they’ll likely go up against a veteran group of interior offensive linemen.

And clearly, the step Drake Jackson takes this spring, and how he is integrated into this defense, are right at the top of the list of things to watch.

Ralen Goforth is the player to watch at linebacker, as he might have a real shot at jumping into some significant playing time despite a linebacker group that is loaded with veterans. Redshirt freshmen Tuasivi Nomuri and Maninoa Tufono are right there with Goforth as young linebackers trying to find a home in this new Todd Orlando defensive scheme.

The USC defensive secondary is loaded with experience, and even true sophomore Chris Steele is basically a veteran at this point. Nickelback Max Williams might be the young player to watch in this group, as his football IQ should allow him to adapt quickly to this scheme, and his ability to play multiple positions should make him an asset. Finding where guys like Briton Allen, Dorian Hewett, Adonis Otey, Kaulana Makaula and Jayden Williams are in their development as sophomores and redshirt freshmen will be a priority as well.

On special teams, kicker Parker Lewis is an early enrollee, and looks to be the USC kicker of the future.