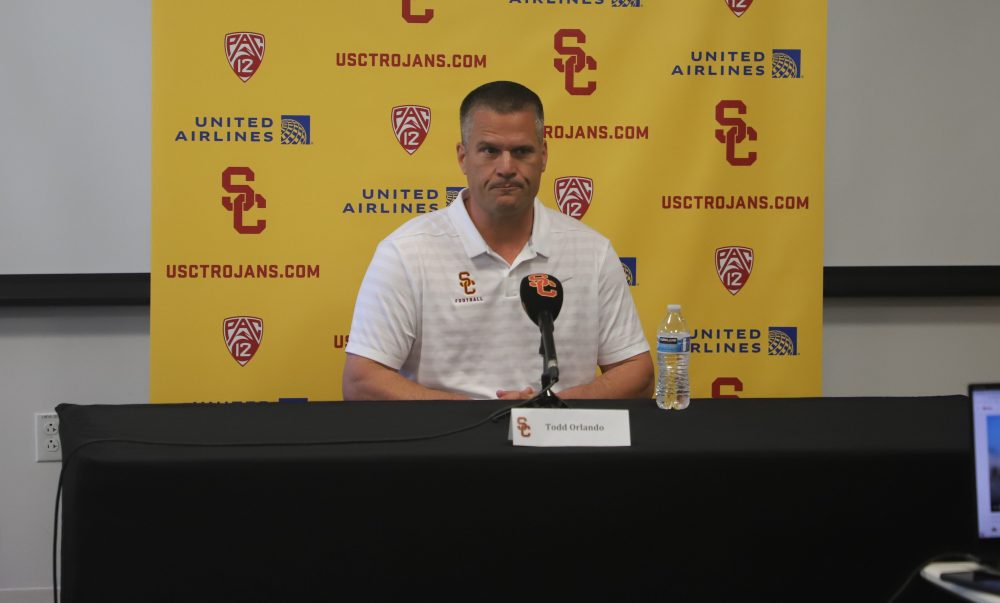 As we move closer to spring ball, WeAreSC will break down the 15 things we’re most looking forward to watching during those 15 practices that kick off the USC Trojans’ 2020 season. Up next, we look at defensive coordinator Todd Orlando.

Orlando’s arrival at USC is every bit as fascinating as Graham Harrell’s last year. And while Harrell didn’t oversee a flawless offense in 2019, the improvement from the previous season was evident immediately and consistent throughout the season. Because of that success, a similar impact will be expected from Orlando.

Based on his history of getting his players to play at a high level in his first year as coordinator, that expectation might be understood and actually welcomed by Orlando.

His presence on Howard Jones and Brian Kennedy Fields this spring will be fascinating to watch, as he represents almost a 180 degree change in personality from previous USC defensive coordinator Clancy Pendergast. Simply the way he interacts with players on his side of the ball this spring should tell a lot about what kind of on-field coach he’ll be during his Trojan tenure, as well as where he feels his group stands as he takes it over.

All the new defensive coaches spoke about their desire of physical practices and a violent mindset, but it was Orlando that set the tone there, talking about battling through dark places and the “run and hit” mentality of his defense.

It will also be interesting to watch Orlando as a linebacker coach for USC. While Pendergast also liked to work with the linebackers, USC employed an inside linebackers coach and an outside linebackers coach last season. This year, as the position coach vacancies were being filled, it was very obvious that no linebacker help was being added. That is Orlando’s group, and that group plays a huge role in his defense, with the asks to drop into coverage, slash into the backfield and rush the passer.

Simply put, Orlando’s job is to find answers with this USC defense. There are some questions at all three levels and Orlando and the defensive assistants have all said they have the pieces to work with to find some solutions right away. The talent exists for USC to potentially win every game next season, and at this point, only Alabama should be seen as a major uphill battle for the Trojans.

This spring will give us our first glimpse as to whether Orlando can find the answers on that side of the ball. And with what is expected to be another step forward from the offense, nobody on the USC roster could play a bigger role in how the Trojans’ season unfolds than Orlando.