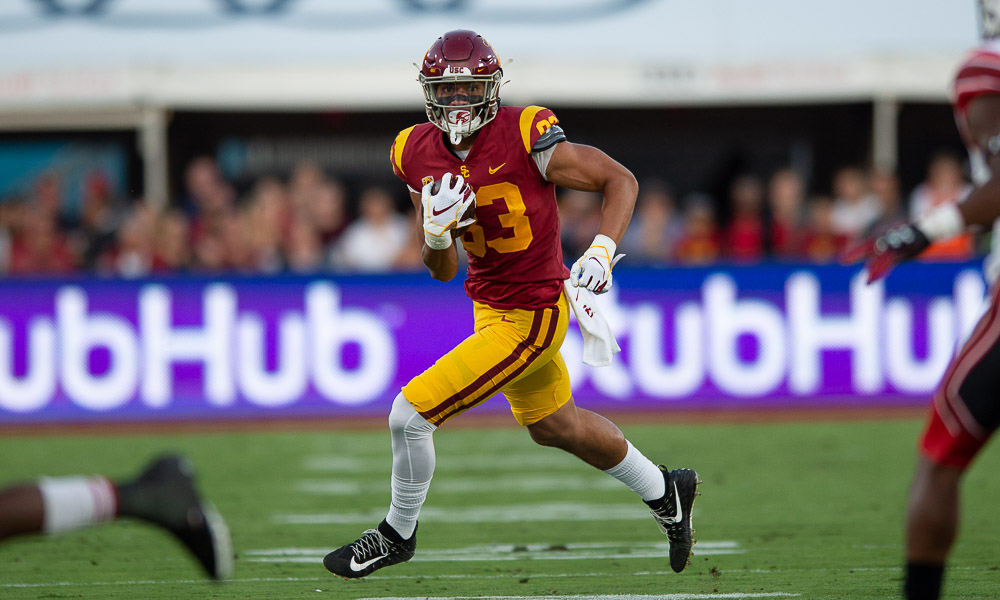 As we move closer to spring ball, WeAreSC will break down the 15 things we’re most looking forward to watching during those 15 practices that kick off the 2020 season. Up next, we look at the tight ends.

USC’s wide receiver position is absolutely loaded, and there are some top-end standouts along the defensive line, but when breaking down the USC roster, you might have a tough time coming up with a position that a guaranteed to have more talent on the bench on any given play than tight end.

It’s simply a matter of either two, one, or no tight ends working in the formation, while those other positions can trot out four or five on any given play, combined with the fact that USC could have five very talented tight ends at its disposal this spring.

Erik Krommenhoek and Josh Falo return and are likely to sit atop the depth chart at the start of spring based on their experience, but the depth chart battle at this spot could be as real and as volatile as any in the lineup.

Freshmen Jude Wolfe and Ethan Rae were two of the top tight end prospects in the country in the 2019 class, and while both missed huge chunks of last season due to injury—Wolfe a back issue suffered during spring ball, Rae recovering from an ACL tear in high school—they showed enough win high school and in flashes on the USC practice field to believe they could be impact players sooner rather than later.

None of this even mentions the possibility that Daniel Imatorbhebhe could be back in the fold, as the standout tight end who has been away from the team for the last year and dealt with a nagging hip issue the two years before that, is back with the team. Imatorbhebhe could get his own entry in the Spring 15 list, as it remains unknown exactly how much he’ll be able to contribute this spring, or if he’ll be granted a sixth year of eligibility by the NCAA.

But if he’s back, he adds yet another versatile weapon to this group.

But it’s not the talent level alone that makes this position one of the more intriguing groups this spring. It’s the talent level combined with the questions, and potential concern, about how it will be utilized.

John David Baker is the new tight ends coach, and he isn’t new to USC or offensive coordinator Graham Harrell, as Baker served as an offensive quality control coach with USC last year and worked will Harrell at North Texas in the years before that. So there won’t be any miscommunication or misunderstanding on how the tight ends are supposed to operate in this offense.

It’s not to say that’s what happened last year, but USC tight ends caught just 15 passes in 12 games, after an offseason where head coach Clay Helton spoke glowingly about the way Harrell used the tight end in his offense.

Truthfully, it’s difficult to find much daily in Harrell calling an offense that got Michael Pittman more than 100 receptions and brought out the best in a really good wide receiver group. But USC continues to recruit dual-threat tight ends and push the idea that they’ll be a part of the offense, so watching how that develops this spring should be fascinating—especially as the wide receiver and running back groups are once again loaded, and there is still just one ball to go around.