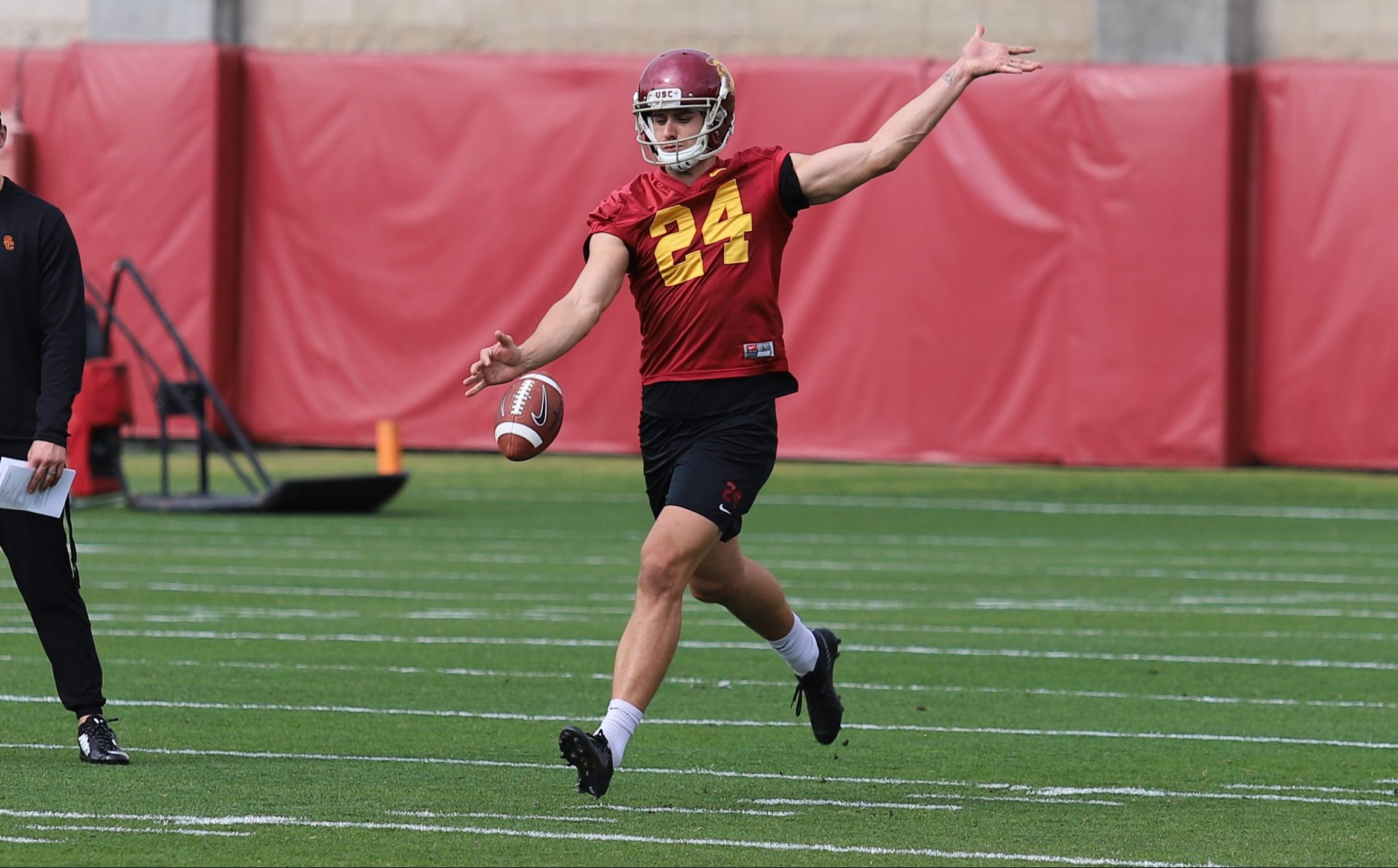 As we move closer to spring ball, WeAreSC will break down the 15 things we’re most looking forward to watching during those 15 practices that kick off the 2020 season. Up next, we look at new special teams coach Sean Snyder.

USC had a few big special teams plays in 2019, including a kickoff return for a touchdown in the season opener, blocked a field goal against Utah, and had a few other noteworthy plays. But overall, it was a poor showing by the special teams units, as opponents averaged 29 yards per kickoff return (compared to USC’s 21 yards) and also averaged more punt return yards and a better net punting average. USC also allowed two kickoff return touchdowns, which helped spark blowout losses to Oregon and Iowa. The Trojans finished 130th out of 130 teams in kickoff coverage.

Enter Sean Snyder, who comes to USC from Kansas State, where he oversaw plenty of dynamic special teams units during his tenure with the Wildcats and coached players to three-straight Big 12 Special Teams Player of the Year awards in 2013, 2014 and 2015.

The special teams players Snyder will have at his disposal this spring aren’t new to Trojan fans. Punter Ben Griffiths returns, as do kickers Chase McGrath and Michael Brown. Punt returners Amon-Ra St. Brown and Tyler Vaughns return. The only hole is at kick returner, where Velus Jones transferred to Tennessee. But the Trojans have plenty of answers there, with running backs Stephen Carr and Kenan Christon, cornerbacks Olaijah Griffin and Adonis Otey, and potentially incoming freshman wide receiver Gary Bryant Jr.

And while USC will need to find an answer there, the real attention will be paid to Snyder and how he handles the special teams portion of practice. Snyder is a former punter, so how he works with Griffiths will be very interesting. Griffiths looks like a major weapon for the Trojans last spring, but then was hit or miss through the season, booming a few clutch kicks and also hitting some short ones.

Ultimately, there is simply too much talent on this roster for the Trojans to rank last in any statistical category, especially one as built on effort and athleticism as covering kicks.

The Trojans have a good number of young linebackers and defensive backs on the roster who should be assets in kick coverage. It’ll be interesting to see how Snyder devotes his time during the special teams portion of practice. USC spent huge chunks of time working on special teams the last few years and it didn’t always translate into dominant play during the season.

How will Snyder go about getting the most out of USC’s special teams units this spring? And can he provide an answer to the consistency issues that have plagued the Trojans in this area the last few years?