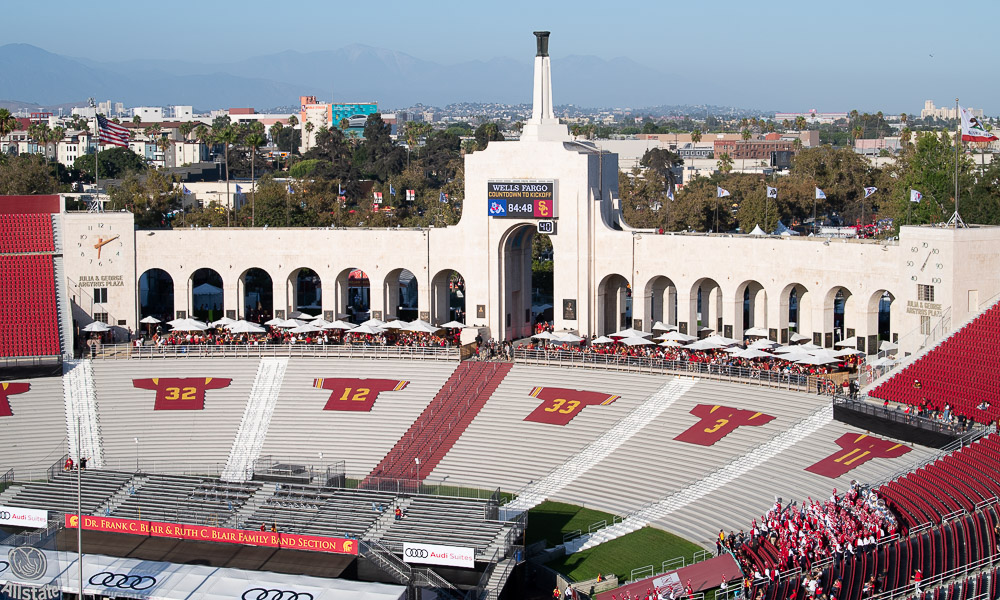 As most of you know, Garry was the Founder and long-time Publisher of WeAreSC. Garry passed away a little over two years ago, but he will not be forgotten. I think it is important for us to take the time to remember Garry as a great friend, kind human being, encyclopedic Trojan Football expert and a true pioneer of team-specific, wall-to-wall college football coverage on the Internet (And did you know that Garry was a multiple Emmy winner for his work on high school football broadcasts?).

I can truly say that I never heard anyone say an unkind word about Garry. He was a loving son, brother, uncle and a great friend to so many of us, who still religiously frequent this great website to learn as much as possible about SC football and other sports. Thankfully, we have a great team who daily keep Garry’s legacy alive. Erik McKinney, our Editor in Chief, works tirelessly with Greg Katz, Kevin Bruce, Chris Arledge, Rich Ruben and Darrell Rideaux to generate timely, compelling content—which has been no easy task during these non-compelling times of SC football, only exacerbated by the pandemic. But we all know that Garry will never truly be replaced. He was a unique person and talent.

So, I’m going to take a shot at sharing some of my many fond memories of Garry over 25 years. Today, I’m going to focus on some off-field memories, anecdotes, and some very interesting people we encountered along the way. In later installments, I plan to relate some game and practice experiences during the last golden era of Trojan SC Football (the Carroll Years).

Let’s go back to the beginning in 1995/96. I was a senior executive and general counsel of a large company in the Jacksonville, Florida area. Translation: SEC Country. SC was in the middle of JR’s second tenure. We were fielding largely mediocre teams, but we did have some great players, e.g. Keyshawn, Boselli, Sammy Knight et. al. Although these teams were not vying for national championships, they were physical, ran north and south and actually tackled in practice! Now back to the subject at hand. Imagine yourself, an SC Alum and life-long fan and supporter of SC Football, stuck in the middle of the SEC information bubble, 3000 miles from L.A. before there was widespread televised college football and before the Internet. It was Florida Gator this, Georgia that and throw in Florida State to boot. SC was pretty irrelevant around here. I actually had one guy tell me that Florida had a stronger football tradition than SC, although they had only won one national championship at that time with Spurrier (It still galls me to this day that Meyer only won his two NC’s in the 2000’s because we lost to big underdogs, Oregon State and UCLA in each of those years).

The only times I could read about SC Football was when I could get my hands on a Times or Daily News sports page. I was starving for real, inside information about Trojan Football and drowned by unrelenting SEC and Florida State propaganda. All that changed when my son, Vince, also an avid SC guy, discovered a newsletter called “Trojan Football Fax.” Vince reached out to the Publisher, SC grad, Bob Bonanno. They began to talk about SC Football, but Bob quickly said something like: “I know something about the team, but my partner, Garry Paskwietz, is the real expert”. Whereupon, Bob joined Garry in the call, and then Vince joined me as well (I was busy at work but took the call because of the obvious importance of the subject matter) . And, thus, a wonderful a 25 year friendship began, with the unexpected bonus of having a direct pipeline into Trojan Football. Not bad for a couple of guys living in the heart of cracker football land!

During the years that I was still working in Corporate America, I would take calls from Garry at virtually any time. I had instructed my assistant to interrupt me whenever Garry called—and she knew I was serious. In fact, one time I was briefing our board on a $200 million acquisition, when Bonnie, my assistant, suddenly appears at the back door of the conference room and advises that I have an urgent and important phone call from Los Angeles. Of course, I knew who was calling, so I excused myself from the meeting. As it turns out, Garry was calling about one of our top recruits who had just made his commitment known. Now, that was important! Garry would share similar stories with me, often on a confidential basis. He knew he could share often unconfirmed tidbits about recruits, players and coaches with Vince and me because we were three thousand miles away and trustworthy. Garry was not going to publish rumors and unconfirmed reports because that would have violated the journalists code, but he just wanted to share the information with someone who would appreciate its significance. Among his many laudable traits was Garry’s unyielding commitment to honest and truthful  journalism. Nevertheless, it was wonderful to get the inside scoop before the general public learned of certain key developments relating to SC Football. It was fun, and we loved it!

I liked Garry and Bob so much that I joined them and Ronnie Lott as early investors. I think Garry’s long-time friend, SC grad and current member of the WeAreSC senior management team and our general counsel, Eoin Kreditor, was also an investor. When Garry created WeAreSC in 1998, I became an investor and advisor (as did Eoin and some others). I have been involved in many capacities ever since. Garry had found the vehicle that would make him one of the most authoritative and credible sources of SC Football.

Our relationship really blossomed during the Carroll years, although we had a lot of fun before Pete, such as when I “recruited” Darrell Rideaux and Stafon Johnson at various high school events (much to Garry’s chagrin) — just a comment here or there, and I was very pleased when they both decided to attend SC. I kid Darrell to this day that he was my favorite “recruit.”  By the way, it was a real pleasure to talk with Darrell’s mom at SC practices.

Some of my fondest memories are of the many lunches and dinners that Garry, I and others I enjoyed  together at the Pacific Dining Car after practices  and games. Garry would always bring at least one bottle of the prize-winning Zinfandel  from his friend Jeff Mayo’s winery in Sonoma. We usually had a cast of characters join us, including the aforementioned Darrell Rideaux, John Jackson (JJ), Kennedy Pola, Quincy Watts, Mark Jackson, and Rod Sherman. We usually sat at the round, 6-8 person table in the back room across from the bar. The talk was always about SC Football—analysis of the game or practice, evaluation of recruits, etc–, always led by Garry. I was often surprised how much I knew because of the Garry Pipeline. Perhaps the most interesting fellow-diner was the inimitable Jim Hardy. Jim was a Fairfax High School grad who played quarterback at SC from 1942-1944 and in the NFL. Jim  was a true gentleman and a great friend of Garry’s.  Jim would regularly  drive all the way from Palm Springs to attend practices and games. Jim was a wonderful story-teller, who would tell us about his early days living in L.A., the War and playing for SC. Jim was an elderly guy, but you would have never known it. Despite the age difference, he and Garry were like best buddies. He died in 2019 at the age of 96. RIP.

I hope this gave you a little fuller picture of Garry and the effect he had on me, my family and countless others.  As noted above, I plan to write another installment or two about some of the many games experiences I shared with Garry. Spoiler Alert: can you say 55-19 and “The Bush Push”?

From Bruce Bagni, USC Class of ’66 and WeAreSC Managing Director