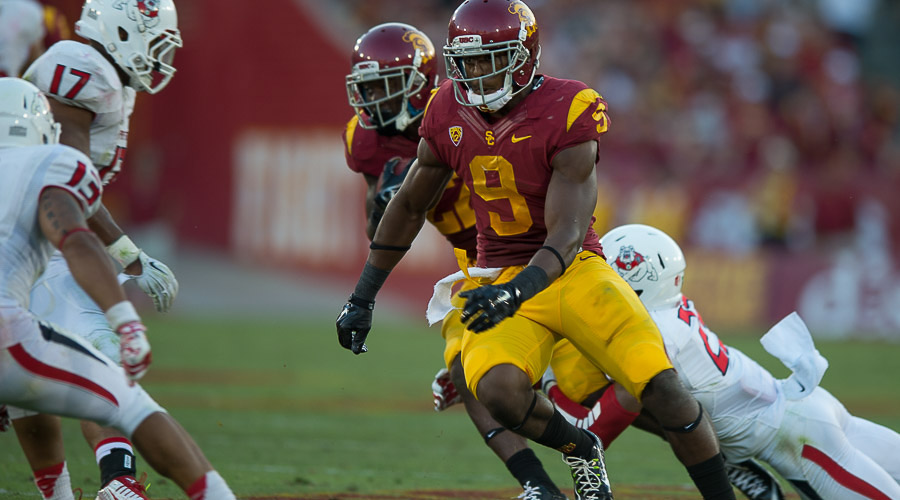 There wasn’t much that JuJu Smith didn’t accomplish during his freshman year at USC. He appeared in all 12 games, eventually earning a starting wide receiver spot, and ended the season ranked second on the team with 51 catches for 658 yards and five touchdowns. Smith also added six kickoff returns and a handful of carries to his first-year resume. One thing he didn’t do, however, was contribute in all three phases of the game since there was no defensive time for JuJu.