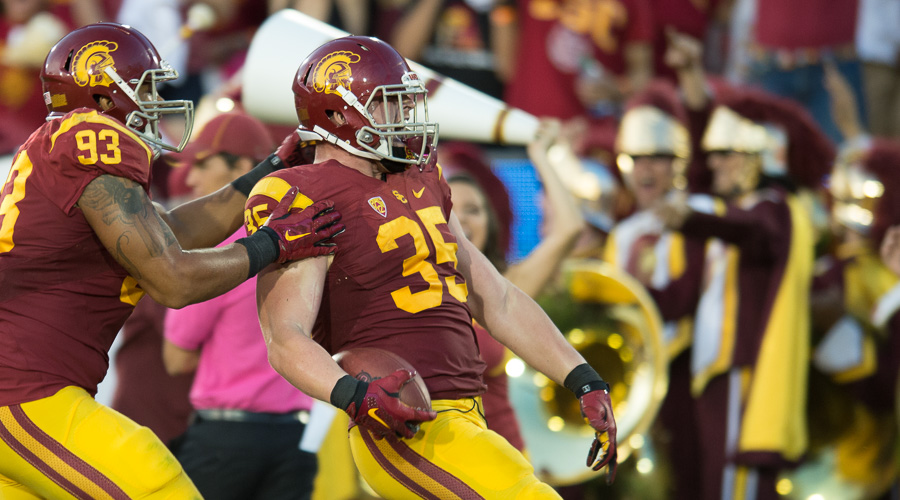 The Trojans got a double dose of bad news at the linebacker spot when USC interim coach Clay Helton announced that Cameron Smith and Lamar Dawson would miss the remainder of the season with injuries.

Smith and Dawson both play middle inside linebacker for the Trojans.

“I can’t thank both of these young men enough for what they have meant to our football team this year,” Helton said. “But, unfortunately, after an MRI it has revealed that Cameron has a torn ACL that will require surgery. Cam has been a difference-maker, and to lose that is a blow for us. Dawson suffered a shoulder injury that will also require surgery. For Lamar, after coming back to have an extremely solid senior season, so unselfish, and playing at a high level, we’re gonna miss him.”

Smith, a true freshman, has been the starter in all 10 games this year and is leading the Trojans in tackles with 78 (Su’a Cravens is second with 66). No true freshman has ever led the USC defense in tackles. Smith had three interceptions during the game against Utah to earn multiple player of the week honors.

Dawson is a fifth-year senior who has played multiple positions and dealt with injuries in his USC career. He was scheduled to be the starter coming into fall camp but an injury opened the door for Smith, who took the starting job and didn’t give it up once Dawson returned. In eight games Dawson had 31 tackles, and he had 168 tackles in his career.

“We’ve got some good depth at the spot but it’s going to need to be a next-man-up mentality. Olajuwon Tucker played in that game for us, along with Michael Hutchings. And one of the swing guys we can use to come in the box is Uchenna Nwosu. And you’ve still got Anthony Sarao, so we feel confident with those four guys on the interior that we can hold up.”