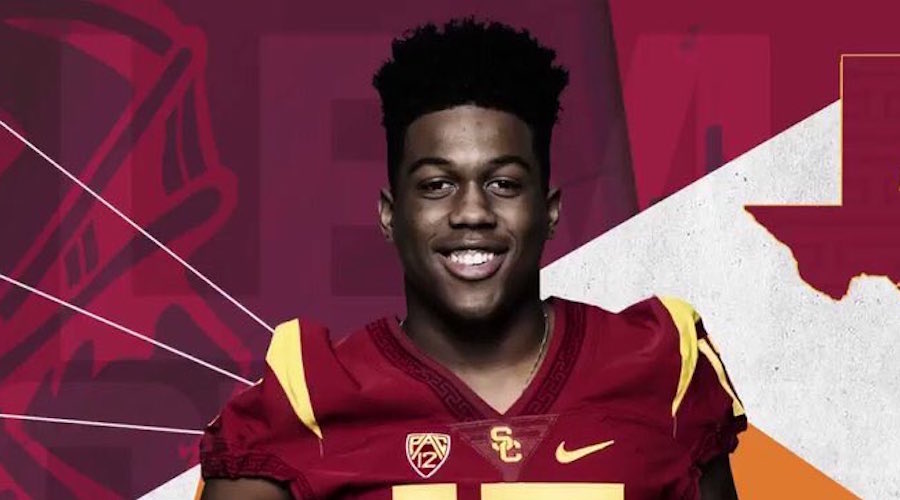 The Trojans kicked off signing day on an absolutely perfect note, with Austin (Texas) Westlake star Levi Jones announcing for USC over Florida State and Florida. FSU was the trending pick here by many following his recent official visit to Tallahassee, but the Trojans were always a bigger factor here than most realized.

In discussing the reasons for his decision, Jones cited his relationship not only with USC head coach Clay Helton, but also with Trojans pledges like Brett Neilon and Hunter Echols.

In Jones, the Trojans score a fantastic linebacker who likely projects to the inside, although he possesses the length and athleticism to line up on the outside as well.

With Jones in the fold, USC would appear to have a total of 19 of the available 23 slots in this class filled. That number could change, of course, if there are any last-second defections for the Trojans.

The first player to actually fax his signed Letter of Intent in to USC was Weston (Fla.) defensive lineman Jacob Lichtenstein, and you can be sure that plenty more will start to roll in pretty quickly here.

Upcoming announcements are set to come up soon by Aubrey Solomon and Neil Farrell, although both appear headed elsewhere at this point. Jay Tufele will announce between 8:30 -9:00 a.m. The Trojans are thought to have a very good shot there.