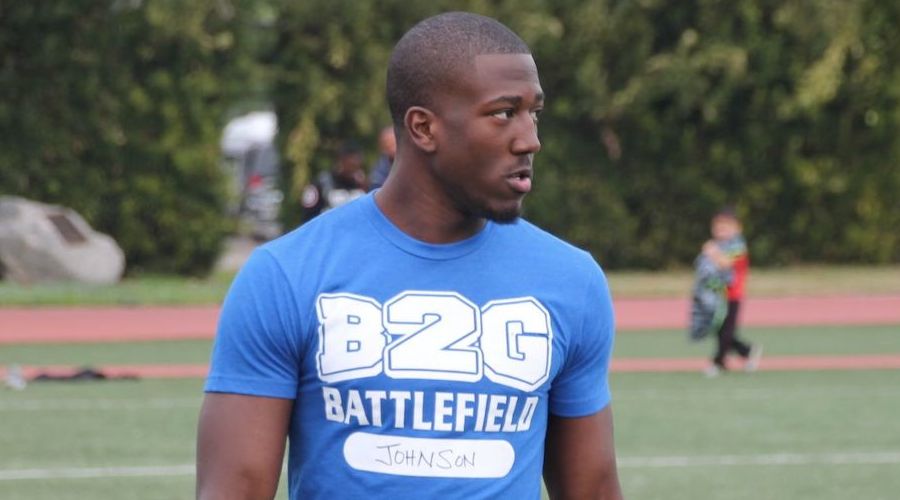 QB Jack Sears
6-3, 200
San Clemente HS
Position outlook: Is an early enrollee and will get a chance to compete with Matt Fink and Jalen Greene for the back-up spot to Sam Darnold.
Player comparison: I hesitate to say this but Sam Darnold. It’s natural when you see Sears to make the comparison because of the San Clemente system which has them playing in the same attacking style. Both can throw and run, and Sears was able to lead San Clemente to the first-ever CIF and State titles for the school.

RB Stephen Carr
6-0, 200
Summit HS
Position outlook: He’ll be joining a deep group so I can understand the case for redshirting but there’s little doubt he’s good enough to step in and contribute right away if needed.
Player comparison: DeShaun Foster. I’m not looking to praise a Bruin (although Foster would have been a Trojan if JR didn’t think he was a DB), but that is who Carr reminds me of. Stephen has terrific vision, understands the cutback and can catch the ball out of the backfield. One of the best RB’s we’ve seen from the area in a long time.

WR Randal Grimes
6-4, 205
Desert Pines HS
Position outlook: A redshirt year makes sense. Grimes could use some development and there should be plenty of other bodies at this spot.
Player comparison: Brice Butler. Tall and lean with long arms. Randal played QB for his HS team this year and did it well.

TE Erik Krommenhoek
6-5, 245
Monte Vista HS
Terrific frame. Is known more as a blocking tight end but is athletic enough to be a pass catcher too.
Position outlook: The Trojans should be three deep next year with Imatorbhebhe, Petite and Angeline so it stands to reason that Krommenhoek would redshirt.
Player comparison: Jalen Cope-Fitzpatrick. Jalen was a solid blocker and was only getting better as a pass catcher before academic issues sidetracked him.

OL Alijah Vera-Tucker
6-4, 270
Bishop O’Dowd HS
Position outlook: Our projection is that Vera-Tucker will eventually be a guard, and he should redshirt.
Player comparison: Frank Martin. Both players rely on strength as a key part of their game. Vera-Tucker helped lead Bishop O’Dowd to state title.

OL Andrew Vorhees
6-6, 290
Kingsburg HS
Position outlook: Vorhees is a tackle prospect, although it’s unclear if he will get a look on the left or right side. Should redshirt to spend year in weight room.
Player comparison: Nick Howell. Another product from the San Joaquin Valley, both players have frames that should grow well at the college level.

OL Jalen McKenzie
6-5, 305
Clayton Valley HS
Position outlook: There has been some chatter about Jalen playing guard but we think he’s headed to tackle. Our initial thought would be the right side but would not rule out left tackle. A blueshirt arrival in the fall who will likely redshirt.
Player comparison: Aundrey Walker. Both have the kind of overwhelming size that screams potential for the tackle spot.

DL Marlon Tuipulotu
6-3, 290
Central (OR) HS
Position outlook: It will be very interesting to see where the coaches line him up in spring. Will it be at nose? There is certainly an opening with Stevie T gone. Or will Clancy Pendergast go to more of a 3-interior linemen look, and line him up opposite Rasheem Green with Kenny Bigelow in the middle.
Player comparison: Fili Moala. Good height and fairly lean frame for an interior defensive lineman, along with good athleticism and strength (Oregon state wrestling champ).

DL Hunter Echols
6-4, 245
Cathedral HS
Position outlook: Will take his spot in the rotation as an edge rusher, we project him lining up behind Uchenna Nwosu to begin his career.
Player comparison: Lawrence Jackson. An edge rusher with a strong combination of size and speed.

DL Brandon Pili
6-4, 310
Westview (OR) HS
Position outlook: Pili comes in as an interior defensive lineman and there is opportunity for immediate time in the rotation.
Player comparison: Manuel Wright. There aren’t many who have the skill set of size, strength and athletic ability the way Wright and Pili do.

DL Jacob Lichtenstein
6-5, 245
Cypress Bay (FL) HS
Position outlook: Will be an OLB/DE and he should redshirt next year with good depth at the position. There’s always a chance he grows into an interior player at some point.
Player comparison: Connor Murphy. Both offer tall options coming off the edge with long wingspans.

DL Terrance Lang
6-6, 275
Maranatha HS
Position outlook: Another interior lineman that could end up at tackle or nose, depending on how Clancy decides to move things around. A definite redshirt candidate.
Player comparison: Noah Jefferson. A raw athlete with good size, and just needs to be developed.

LB Tayler Katoa
6-2, 220
Layton (UT) HS
Position outlook: There’s a chance he ends up outside but we think Katoa ends up inside, and potentially playing a role as a reserve and special teams contributor next year.
Player comparison: Lofa Tatupu. Another former HS quarterback who brings that knowledge to the defensive side of the ball.

LB Juliano Falaniko
6-4, 205
Leone (Samoa) HS
Position outlook: We can see the coaches wanting to use Falaniko in much the same way Su’a Cravens was used as an OLB, and that would mean a redshirt year to bulk up.
Player comparison: Mike Morgan. Both are on the skinny side coming into SC, and Morgan just finished up his 6th year in the NFL.

S Bubba Bolden
6-3, 188
Bishop Gorman (NV) HS
Position outlook: It’s a deep safety group but it’s hard to imagine that Bolden would redshirt.
Player comparison: Taylor Mays. Both have similar size and reputations for physical play. From what I’ve seen from Bolden so far, his ball skills are better than Taylor’s.

S Isaiah Pola-Mao
6-4, 190
Mountain Pointe (AZ) HS
Position outlook: Our guess right now is that Pola-Mao would be more likely than Bolden to redshirt, as you would definitely want to redshirt at least one of them.
Player comparison: Jamel Cook. Rangy height and powerful hitting ability.

CB Jay Godfrey
6-1, 175
Bishop O’Dowd HS
Position outlook: A redshirt year is likely as the Trojans have good depth at corner.
Player comparison: Terrell Thomas. Both have good enough height to consider playing safety and they are very physical tacklers from the corner spot.

LS Damon Johnson
6-0, 205
Citrus College
Position outlook: The long snapper position is open and the Trojans used a scholarship on Johnson, that means they expect him to start right away.

WR: Joseph Lewis (2/1, ESPNU, 1pm PT)
Is expected to be a USC vs Nebraska battle at the end, with the Trojans getting the final official visit this past weekend

TE: Josh Falo (2/1)
Looks like a two-team race between USC and Oregon (Colorado was also in the mix) for this terrific pass-catching tight end.

OL: Austin Jackson (2/1, MaxPreps.com, 9:00am PT)
USC is the favorite for this Trojan legacy over ASU and Washington

DL: Jay Tufele (2/1), Aubrey Solomon (2/1, ESPNU, 7am PT)
Tufele visited Utah last weekend, and they are thought to be a primary challenge to the Trojans. Solomon is also looking at Alabama and Michigan but could qualify as a huge signing day surprise if he chooses SC.

LB: Levi Jones (2/1, ESPNU, 5am PT)
Levi enjoyed his recent trip to USC but hasn’t really tipped his hand as to a leader from a list that includes Florida St, Texas A&M, Florida, UCLA and others.

DB: Greg Johnson (2/1, ESPNU, 1pm PT), Elijah Blades (2/1)
Johnson (photo above) was with Lewis on his USC visit last weekend with Nebraska and Oregon as his other options. Blades just de-committed a couple days ago from Florida and has USC and Nebraska among his final choices.