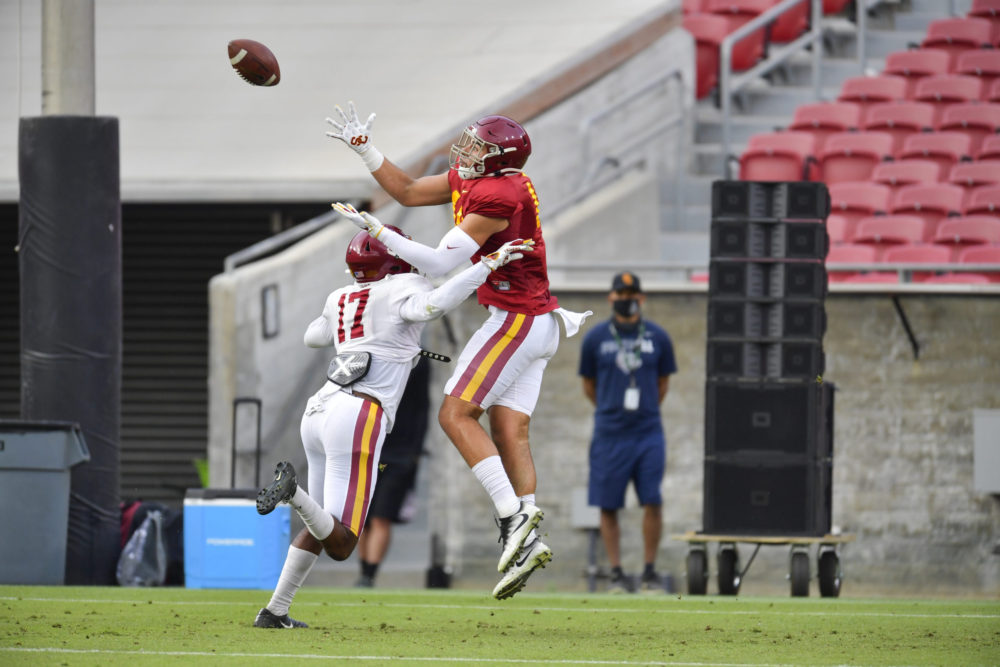 The USC Trojans were back in the Coliseum on Saturday morning, as they took part in their second of three fall camp scrimmages. The highlights plays were an interception returned for a touchdown by safety Greg Johnson and a juggling touchdown grab from tight end Jude Wolfe.

Here are a few of the videos and images, provided by USC Athletics.

Stephen Carr being chased by Isaiah Pola-Mao and Nick Figueroa

Safety Max Williams attempts to break up a pass

Tight end Jude Wolfe comes down with the catch

Running back Quincy Jountti is met by multiple USC defenders