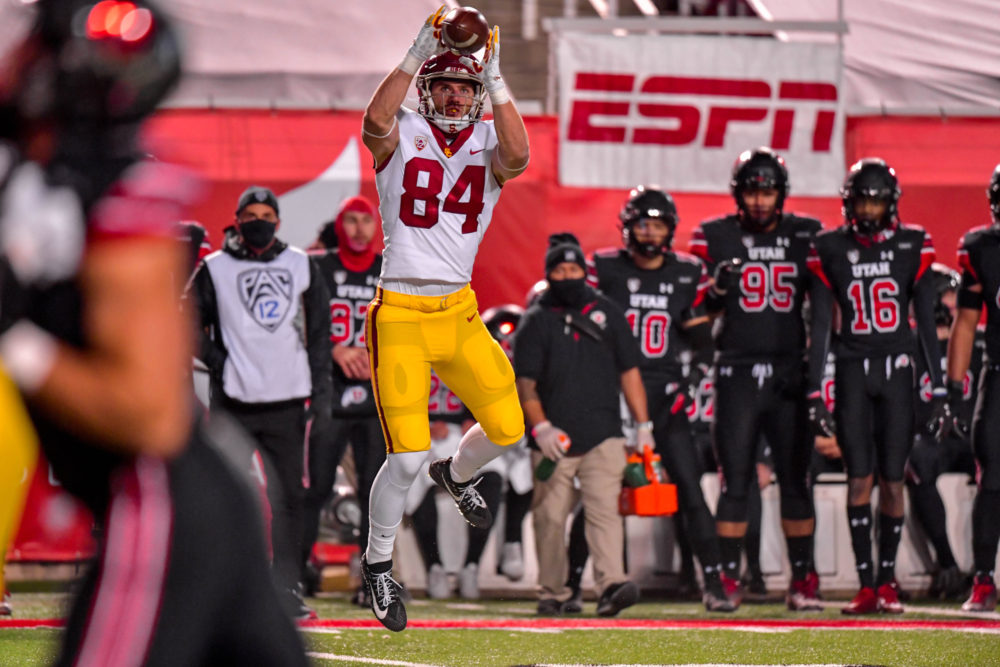 After losing tight ends coach John David Baker to Mississippi, USC didn’t have to go far to find his replacement. On Friday evening, the Trojans officially promoted Seth Doege into the position.

Doege came to USC in the spring of 2019 as an offensive quality control analyst.

“We are excited to promote Seth Doege to be our tight ends coach and see yet another quality control analyst on our staff earn an assistant coaching opportunity,” head coach Clay Helton said in a statement released by the school.  “Seth has extensive knowledge of our offensive system and has made a significant impact on our program during his time at USC.  His ability to foster relationships with players makes him a valuable asset to our coaching staff as a recruiter and developer of student-athletes.”

Doege has been an integral part of recruiting offensive players and quarterbacks in particular.

This move puts another offensive assistant in place who is very familiar with coordinator Graham Harrell’s Air Raid offense. The other assistant added this offseason was offensive line coach Clay McGuire, who coached with Harrell at Washington State and was also praised upon his hiring for his knowledge of the system.

Like Harrell, Doege is a former Texas Tech quarterback, having started for the Red Raiders in 2011 and 2012.

USC’s tight end position is an interesting one, as it will enter the 2021 season loaded with talent, but very short on production over the last two seasons. Seniors Erik Krommenhoek and Josh Falo will have the option to return this year, and USC welcomes back Jude Wolfe and Ethan Rae, who have been hampered by injuries to this point in their USC careers. The Trojans signed two impressive tight end prospects in the 2021 recruiting class, in Michael Trigg and Lake McRee.

Several incoming players were excited by the news.