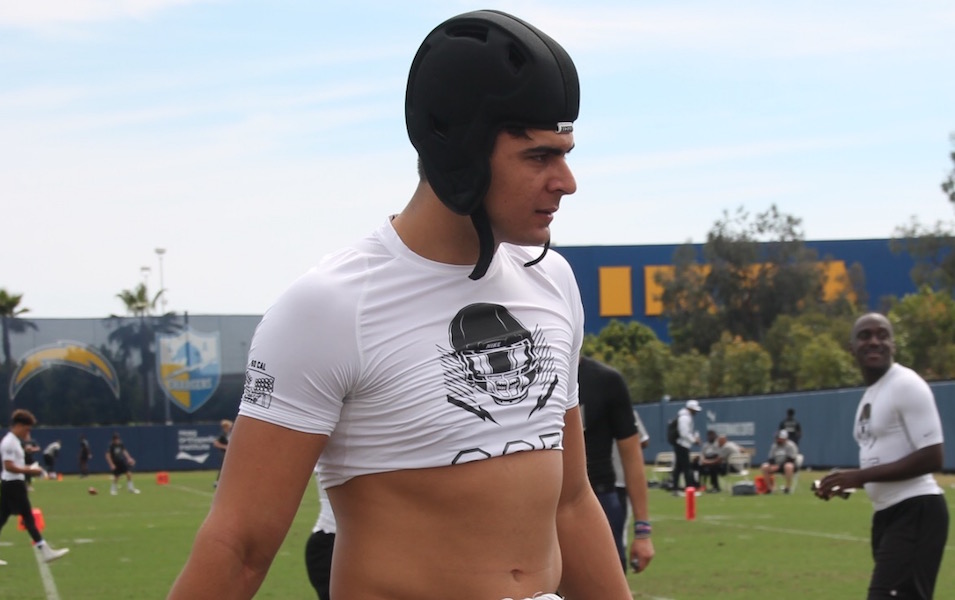 One of the few holes in the USC football recruiting class of 2018 was the absence of a tight end. There was a verbal commit at one point in Camren McDonald but once that pledge went away there didn’t seem to a whole lot of hurrying to fill a body at the position.

As we continue to get a look at the tight ends available on the west coast this year it makes more sense as to why the USC coaches decided not to take one last year, as this year is loaded with players who can not only catch the ball but with guys who have plenty of size as well. And I don’t think there’s any question that with a class size that should approach the 25-man limit that the Trojans will likely take two tight ends this year.

The state of California alone offers three of the top 10 prospects at the position in the country.

The highest ranked of those three is Isaiah Foskey from DeLaSalle, a 6-5, 235 prospect who could actually end up as a prospect on the defensive line. He’s got everything you want in a tight end prospect but he just simply might be better on defense.

Ethan Rae (6-5, 240) could be the most athletic of the group and he’s been that way since his freshman year at Servite.

Jude Wolfe (6-6, 245) he’s the most complete of the tight ends. He’s got the body size, he can catch the ball, he can block. And he can run well. Just a great tight end look.

Brayden Liebrock (6-5, 220) from Chandler (AZ) has seen his stock rise this spring as a pass catcher to the point where he definitely deserves to be mentioned with this group.

Michael Martinez (6-6, 245) is a freak of nature. Anybody who wears size 19 shoes catches your attention and he is just so long. He’s the kind of guy who can bulk up to 290 pounds and still catch passes. He needs to get better at using some of those basketball skills to put his body between the quarterback and the defender because he is much more agile than you would think he would be for someone that size, and his hands are so big. He could be a left tackle on Sundays with that arm length, but I also think he could be a dominant tight end.