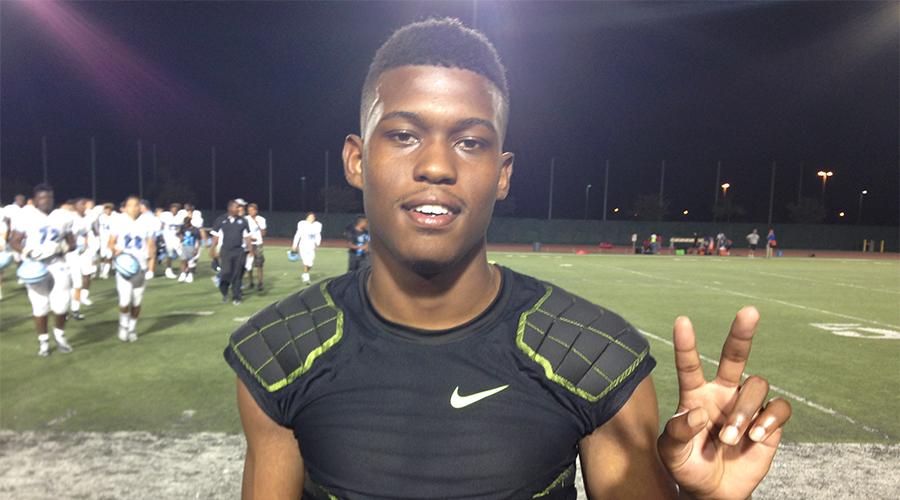 Class of 2016 early enrollee safety C.J. Pollard and the Gardena Serra Cavaliers knocked off the Loyola Cubs 35-17 on Friday in Los Angeles. The 6-foot-1, 185-pound rangy defensive back accounted for four tackles and a pass breakup, limiting Loyola to only 85 yards through the air.

Pollard’s pledge to the Trojans continues a family legacy and also keeps the Serra to USC pipeline flowing. Pollard’s father, Marvin, played cornerback for the Trojans from 1988-91, and now serves as Serra’s defensive backs coach.

Pollard has 23 tackles, 5 passes defended and 1 tackle for loss on the year.

-Possesses ideal size and frame at safety, and is capable of matching up with taller receivers and tight ends.

-Fluid athlete with explosive closing speed both in run support and when driving on the ball.

-Flexible defender with quick-twitch change of direction ability to go along with his respectable straight-line speed.

-Recognizes route development by reading the body language of the receiver, and breaks on the underneath route concepts with ease.

-Lateral quickness and strong footwork gives him an advantage against shifty slot receivers.

-Pollard has yet to intercept a pass in his varsity career and could improve his ball skills.

-Positions himself to where he can read the quarterback’s eyes as a single-high safety, preventing big plays in the passing game.

-Understands when he is in position to make a play on the ball or simply must deliver a hit on the receiver.

-Anticipates reads and takes aggressive angles to either the ball carrier or direction of the throw.

Pollard is an instinctive defender with the necessary range and size to develop into a high caliber single-high safety for the Trojans.