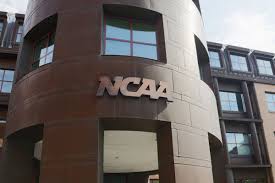 On Monday, California Governor Gavin Newsom signed into law Senate Bill 206.  Also known as the Fair Pay to Play Act, SB 206 will have wide-ranging impact if and when it goes into effect in 2023.

Why is this so controversial?

The potential impact of SB 206 is massive.  It allows college athletes who are in California to earn money based on the use of their name, image and likeness.  They can sign endorsement deals, promote companies, products and services for pay.  This is something they could not do before without risking their NCAA eligibility.

Who are the winners here?

The obvious winners here are college student-athletes and Corporate America.  SB 206 creates a free market where companies can now work out sponsorship deals with college athletes to endorse their companies, products and services for agreed upon compensation.

California colleges are also winners to the extent that SB 206 gives them a recruiting edge, makes them more attractive to athletes who want to be able to make endorsement money while playing college ball.  The ability to get endorsement money should  also encourage student-athletes to stay at USC, UCLA, Stanford longer since it addresses payment needs that sometimes force athletes to leave early, like the late Trojan standout Fred Matua who reportedly entered the NFL draft early to help provide funds to care for his sick mother.

Additional winners are California lawyers.  And not just the lawyers fighting over SB 206.  Giving athletes the right to get paid for the use of their name and likeness also gives them a brighter line of “damages” if their name or likeness is used without their consent.  California already allows for civil actions for unauthorized use of name or likeness under Civil Code 3344, which has been turned to by, among others, Joe Montana in the law school textbook favorite Montana v. San Jose Mercury News (1995).

Finally, Agents also win.  While they are normally subject to stricter regulations, SB 206 will open the floodgates to student-athletes being allowed to hire licensed agents as early as they can get endorsements.

Who are the losers here?

The NCAA is the obvious loser, having fought hard against this bill, in part because California basically gives it the middle finger when it comes to college athlete endorsements.  And its ripple effect is potentially huge.

Non-California schools would be put at a recruiting disadvantage to USC, UCLA, Stanford, etc., because what 4 or 5 star athlete, or really any big athlete, isn’t already thinking endorsements potential?  Expect other states to follow suit in some similar fashion.

The California schools may themselves also be losers from a monetary perspective as Corporate America redistributes its marketing dollars to the student-athletes themselves.  How much money do these companies want to spend sponsoring the school, versus the individual star athletes themselves, who can promote their products likely far more effectively in their tweets, snaps, and grams?

How will California schools be affected by SB 206, including with their standing with NCAA?  And what is the NCAA’s next move?

SB 206 flies in the face of NCAA rules by allowing athletes to sign sponsorship deals from the use of their name and likeness.  SB 206 also specifically prevents the NCAA from banning California schools from intercollegiate sports if their athletes do sign such sponsorship deals.

Might the NCAA still try to ban those schools from participating should SB 206 go into effect in 206?  Might they try to declare athletes taking endorsement deals ineligible?  Perhaps.  They have declared the law “unconstitutional.”  The NCAA may end up putting up a hard fight against California, and has demonstrated it has no problem battling in court for years.  See Ed O’Bannon v. NCAA, EA Sports and Todd McNair v. NCAA.  Maybe this fight goes all the way up to the US Supreme Court.

However, the statement released by the NCAA on Monday already shows some capitulation: “We will consider next steps in California while our members move forward with ongoing efforts to make adjustments to the NCAA name, image and likeness rules that are both realistic in modern society and tied to higher education.”  It appears likely that something will be worked out between now and 2023 that will be acceptable to both California and the NCAA – especially as pressure mounts on the NCAA from other states falling in line with California.

Does this mean colleges will be paying student athletes?

No.  For purposes of the NCAA member institutions, SB 206 does not mean that colleges can now “sponsor” or pay for their student-athletes.  The specific language reads: “A postsecondary educational institution, athletic association, conference, or other group or organization with authority over intercollegiate athletics shall not provide a prospective student athlete with compensation in relation to the athlete’s name, image, or likeness.”

To be clear, if this law takes effect, it won’t be until 2023.  So as of right now, no, boosters cannot legally pay student athletes.  Now, assuming that SB 206 makes it to 2023 after the likely NCAA challenges, the answer is, it depends.  And it’s complicated.  If the booster owns a company, and that company works out an endorsement deal with a student-athlete, depending on the details, that might be perfectly legal under SB 206.  But, if the booster wants to give the student-athlete money just to give them money?  That’s a different matter.

How will the student-athletes get paid?

For better or worse, what you will likely see is an uptick in agents around the California schools.  Agents work out endorsement deals, with money typically going directly to them first and then after they take their cut, they make the payouts to the athletes.  Hopefully this does not mean that the student-athletes, signing deals at a much younger age now than before, end up signing “bad” deals with the less scrupulous agents, binding them for years.  But that is another article.