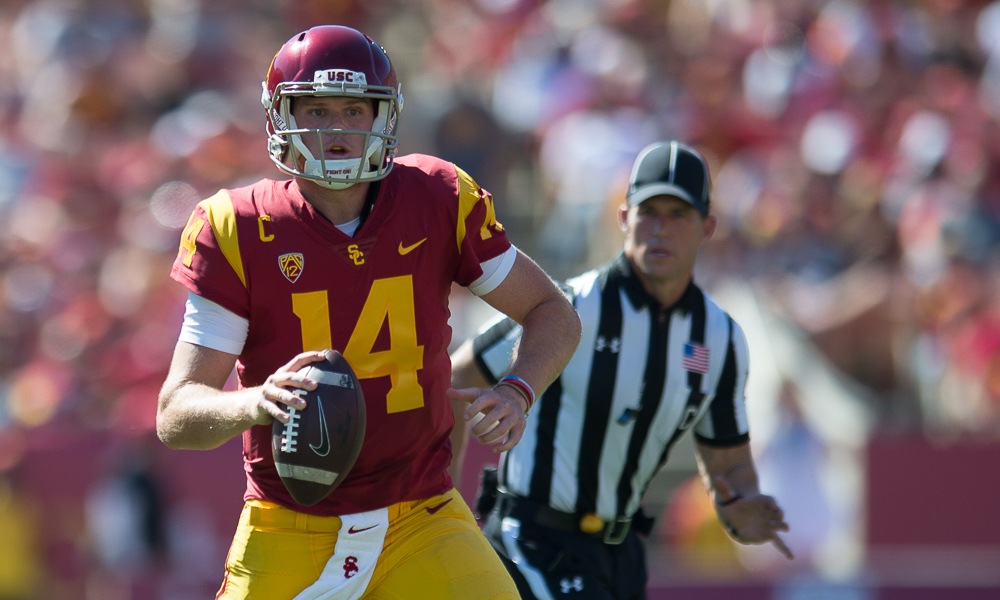 Former USC quarterback Sam Darnold is on the move, as the New York Jets agreed to send the quarterback to the Carolina Panthers.

In exchange, the Panthers parted with a 2021 sixth-round pick and a second and fourth-round pick in the 2022 draft.

Darnold was the No. 3 overall selection in the 2018 draft and has had a rocky start to his professional career, though much of it might be attributed to the lack of support around him, both from a personnel standpoint as well as up and down the Jets franchise. In three years and 38 career starts, Darnold has completed 59.8% of his passes for 8,097 yards and 45 touchdowns against 39 interceptions.

Holding the second pick in the draft, the Jets opted to deal Darnold and will likely look to take another stab at bringing in a franchise quarterback, with BYU’s Zach Wilson the most likely selection.

In Carolina, Darnold will have a chance to restart his career, as the Panthers elected to exercise his fifth-year option, virtually locking him in as the starter for two seasons. The Panthers brought in former Vikings quarterback Teddy Bridgewater last season, but reports this offseason state that the Panthers are looking to trade Bridgewater now, according to the NFL Network’s Ian Rapoport.

Offensive coordinator Joe Brady is well thought of and Darnold will have running back Christian McCaffrey to rely on. He’ll also be reunited with top wide receiver Robby Anderson, whom Darnold played with in New York.

The Panthers also hold the No. 8 overall pick and could get Darnold one of the top two offensive tackles or wide receivers on the board.

Darnold is the only former USC Trojan player with the Panthers now, on the active roster, injured reserve or practice squad.