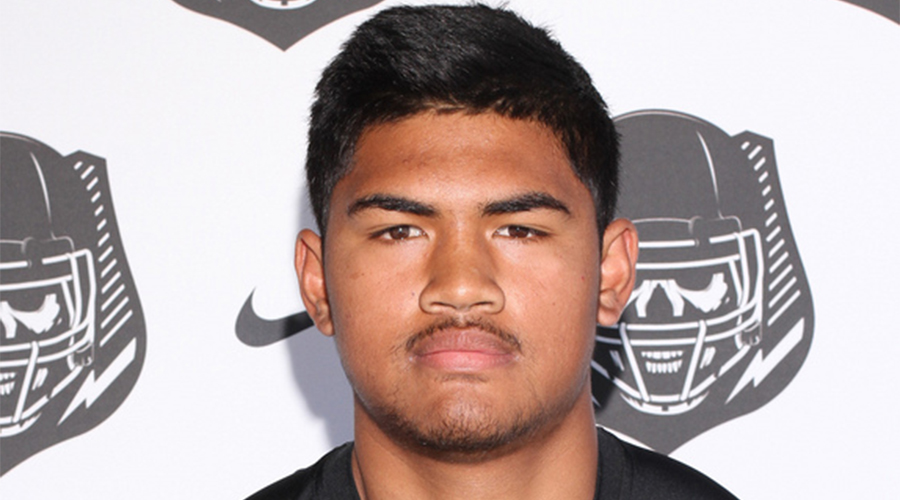 Steve Sarkisian and staff landed their ninth verbal pledge for the Class of 2016 on Saturday when La Mirada (Calif.) defensive end Keanu Saleapaga committed after earning an offer from the Trojans following his participation in USC’s Lineman Camp.

Holding offers from the likes of Arizona, Arizona State, Oregon State and Texas Tech among others, the 6-foot-6, 260-pound Saleapaga had been in contact with the Trojans staff for over a year, but it was his performance in front of the USC coaches on Saturday that ultimately sealed the deal. Saleapaga also took part in in last weekend’s Prime Time Polynesian’s ‘The Kumite,’ a camp attended by USC offensive line coach Bob Connelly.

With the Trojans set to graduate five scholarship interior defensive linemen following the 2015 season, the position group is a definite area of need in the upcoming recruiting haul. And with highly touted Gardena (Calif.) Serra defensive end Oluwole Betiku recently releasing a Top 6 that did not include USC, and the Trojans lacking a large number of Southern California defensive line targets, in general, Saleapaga is a significant get.