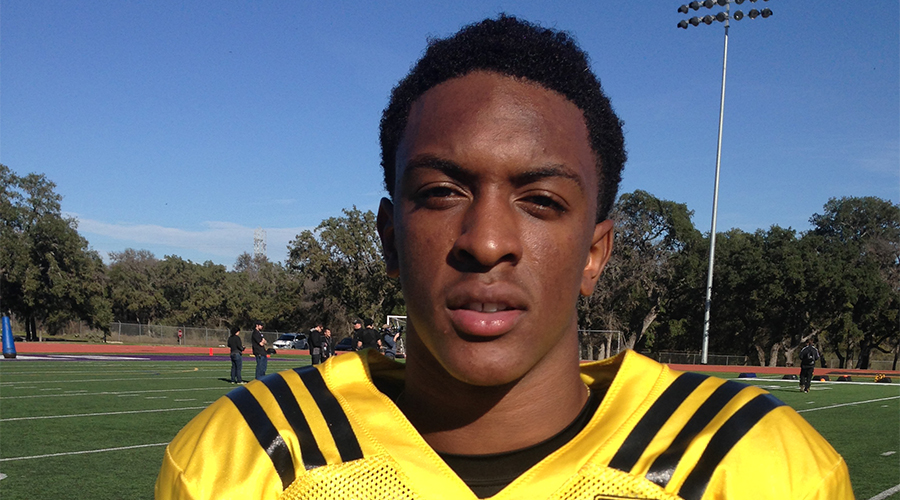 For the second time this weekend Steve Sarkisian appears to have taken care of a recruiting position of need by getting a pair of safety commits during the Army All-American game.

The first commit came from Ykili Ross, a multi-purpose athlete who could actually end up playing safety, corner or even receiver, although he did say during the Army game broadcast that he would be coming to USC as a safety. Ross (6-2, 190, #24 athlete by ESPN) also said he would be spending “the next three years” at USC so apparently he has plans of moving on early.

Next came the announcement from Marvell Tell, who had impressed the Army game viewers earlier in the game with a big hit to force an incompletion deep in his own end. Tell (6-2, 185, #6 safety by ESPN) is a rangy enforcer in the secondary and he is a no-nonsense kid who brings a lot of toughness to the position.

It remains to be seen how much either Ross or Tell would be asked to contribute next season in the safety rotation but a check of the depth chart shows that there is opportunity available.

John Plattenburg will be a true sophomore and you have to figure he is set at one starting spot based on the way he played toward the end of the season. Not only did he earn a starting role but he showed some very good football instincts, while maintaining a deprecating sense of humor after dropping a few potential picks in the Holiday Bowl.

Leon McQuay has the experience to be next in line for the spot opposite Plattenburg. He showed how physical he can be on the final two plays of the Holiday Bowl to help seal the victory but there will always be a lasting memory for Trojan fans of his performance against UCLA, where he struggled in a way that can have an impact. To be fair, McQuay battled a shoulder injury over the final month of the season and when healthy in the bowl game he looked like a much improved player. If Leon can get settled in the spring it would be a huge boost to the rotation to such a veteran player in the line-up.

Assuming the starting spots are set with Plattenburg and McQuay, that would allow Ross and Tell to work their way in as reserves, on nickel packages and on special teams. There is also the possibility of JuJu Smith being available on a limited basis as Smith said in an interview during bowl practices that he would be joining Adoree’ Jackson in playing on both sides of the ball in 2015. The coaches took a look at Chris Hawkins at safety early in bowl sessions but he was eventually moved back to corner.