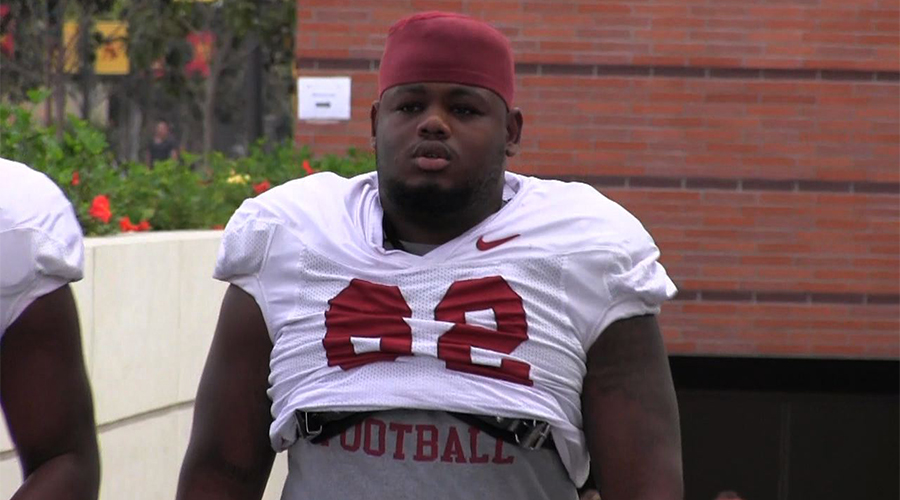 USC center Khaliel Rodgers had been waiting for his time to come, and when that opportunity finally arrived last Saturday in the first quarter of the Trojans’ eventual 42-24 victory against Utah, he made the most of it.

Sliding into the lineup in place of Toa Lobendahn — who joined Max Tuerk to become the second USC center to go down with a season-ending knee injury this season — the 6-foot-3, 305-pound redshirt-sophomore looked more than at home, helping a patchwork Trojans offensive line that was also without left tackle Chad Wheeler (concussion-like symptoms) come up with a surprisingly solid performance.

“Any time you get your third-string center in there and he goes in there and does what he did, and played extremely well, allowing us to function as an offense, I thought it was great,” said USC interim head coach Clay Helton, who referred to Rodgers as one of the stars of the game.