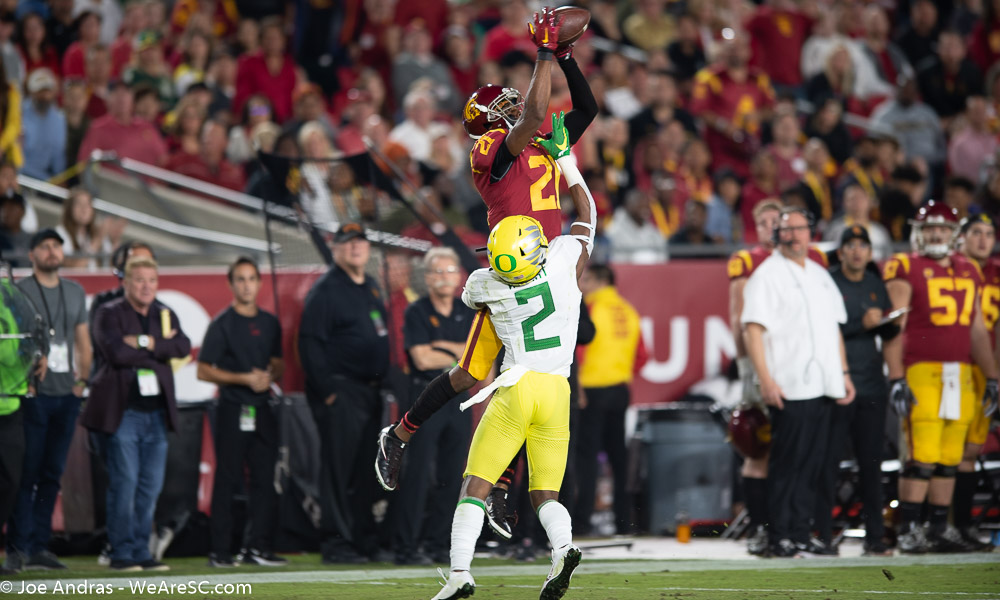 USC Athletics is hosting a rewatch of the 2011 USC – Oregon game tonight at 7:00 pm, including commentary from a few Trojan standouts who played big roles in the 38-35 win.

Quarterback Matt Barkley, wide receiver Robert Woods and linebackers Dion Bailey and Hayes Pullard will provide commentary while looking back at the game.

This was a massive win for a USC team ineligible to play in a bowl game that season. USC got out to a 14-0 lead and stretched things to 38-14 with a little more than three minutes left in the third quarter. Oregon then ran off 21-straight points to close the gap to 38-35 with seven minutes left.

A late USC fumble gave Oregon a final drive at the tie or win, but a 37-yard field goal sailed wide as time expired.

Barkley was terrific throughout the game, as he threw for 323 yards and four touchdowns. Woods caught seven passes for 53 yards and two scores, while Marqise Lee was the offensive star with eight catches for 187 yards and a score.

The win ran USC’s record to 9-2 on the season and the Trojans would go on the following week to blow out UCLA, 50-0.