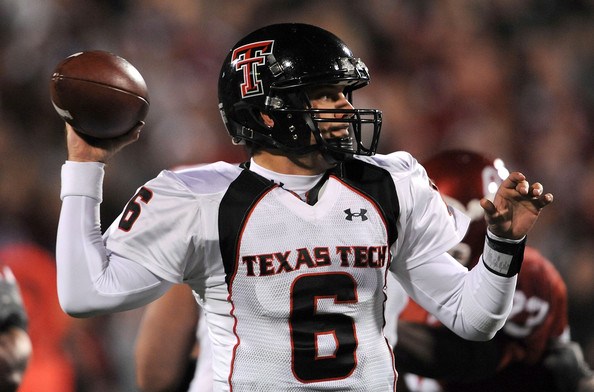 It appears the Air Raid could be headed to Los Angeles after all.

After spending three weeks without an offensive coordinator following Kliff Kingsbury’s abrupt departure to take over as head coach of the Arizona Cardinals, the Trojans appear to finally have their man in their sights.

According to the Denton Record-Chronicle’s Brett Vito, Harrell interviewed with the Trojans on Sunday and Vito added on twitter that the “departure of UNT offensive coordinator Graham Harrell for USC appears likely.”

Questions can be raised as to why the process took this long when Harrell appeared to be the obvious answer after Kingsbury’s departure. Both are Air Raid specialists with significant playing experience in the system as well as strong ties to Dana Holgorsen and Mike Leach. If the Cardinals think they found the next Sean McVay in Kingsbury, the 33-year-old Harrell certainly appears as if he could be the next Kingsbury at the college level.

But delay aside, if the Trojans can secure Harrell, he should finally create some positive momentum for USC after it was hit by Kingsbury’s departure, as well as the transfers of several wide receivers, including five-star incoming freshman Bru McCoy. It would also be a big win for head coach Clay Helton, as Harrell looked set to stay with North Texas after reportedly turning down an opportunity at North Carolina and receiving serious interest from Oklahoma State.

North Texas finished 20th in total offense in 2018, piling up 460.5 yards per game. And while there was a definite slant toward passing (they finished 12th overall in passing offense), the Mean Green still rushed for 20 more yards per game than USC in 2018, and featured a running back in DeAndre Torrey who ran for 977 yards (including 25 touchdowns and four-consecutive 100-yard games) and caught 25 passes.

After a stellar career at Texas Tech, Harrell began his coaching career at Oklahoma State, under head coach Mike Gundy. Harrell then coached at Washington State under Leach before becoming one of Seth Littrell’s first hires at North Texas, where he served as offensive coordinator and quarterbacks coach.

If Harrell is eventually the answer at offensive coordinator, it should give the Trojans the offensive identity that Helton has been looking for. After making a splash with the Kingsbury hire, it only makes sense for Helton to follow that up by continuing in the direction of the Air Raid.

At this point, it would be surprising if the wait is much longer for official news to come down one way or the other as to Harrell’s future.