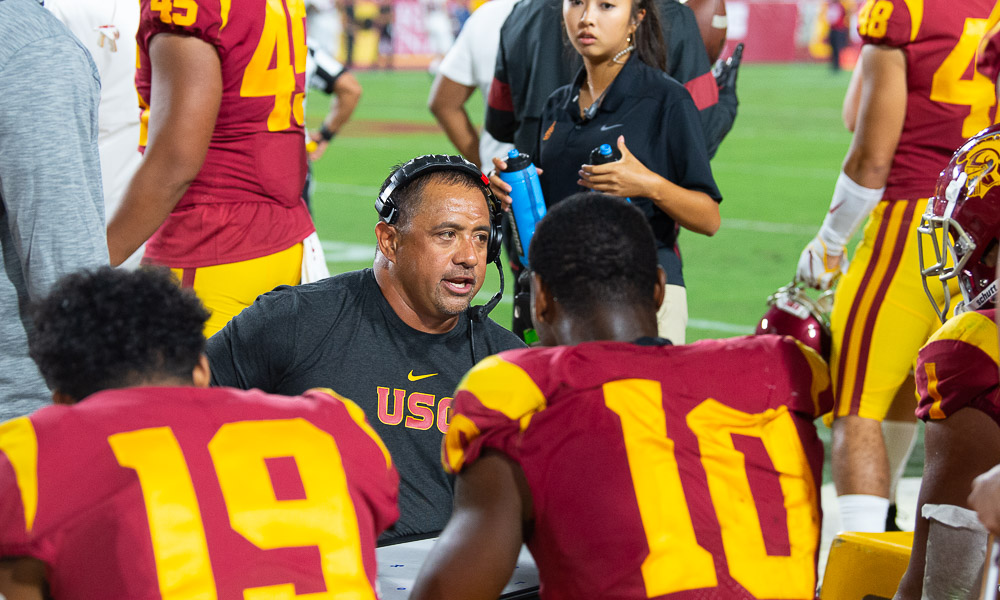 Nansen coached at USC for six seasons, coming over from Washington with former head coach Steve Sarkisian. He coached running backs, linebackers and special teams, while serving as recruiting coordinator and assistant head coach during his tenure with the Trojans.

Greg Burns just finished the first season of his second stint at USC. Burns previously coached the Trojans from 2002-2005 and was with Oregon State in 2018 before coming to USC. Burns connected strongly with his position group and was well respected and liked by those players. Freshman Chris Steele posted his thoughts to twitter following the report.

Chad Kauha’aha’a spent one season at USC. Since 2009, Kauha’aha’a has coached at Utah State, Utah, Wisconsin, Oregon State, Boise State and USC. He’s another coach his players spoke highly of throughout the season.

At this point, Orlando is the only defensive coach officially announced by USC, though it’s only a matter of time before Craig Naivar is announced as the Trojans’ safeties coach. Orlando has extensive experience coaching linebackers, so he could fill that position on that side of the ball.

This coaching overhaul means that Clay Helton is the only coach on the roster holding the same position he did during the 2018 5-7 season. Tim Drevno coached running backs that year but moved to the offensive line last season. Keary Colbert coached tight ends and inside receivers that year before taking over the wide receiver position last season.

This is also unfortunate timing for this news in just about every respect. Orlando will now have the opportunity to fill out his own defensive staff, but this is coming just a few days before Wednesday’s signing day, less than a day after USC held a huge event for juniors, sophomores and freshmen, where they could meet and spend time with the Trojans coaching staff, a few hours before the Super Bowl kicked off, and potentially late enough in the coaching turnover season where it could be difficult for the dismissed coaches to find landing spots. USC certainly isn’t the first school to be on the “bad look” end of coaching upheaval, and ultimately this decision will be judged by whether it leads to success on the field, but in terms of immediate judgement, it’s unfortunate timing.