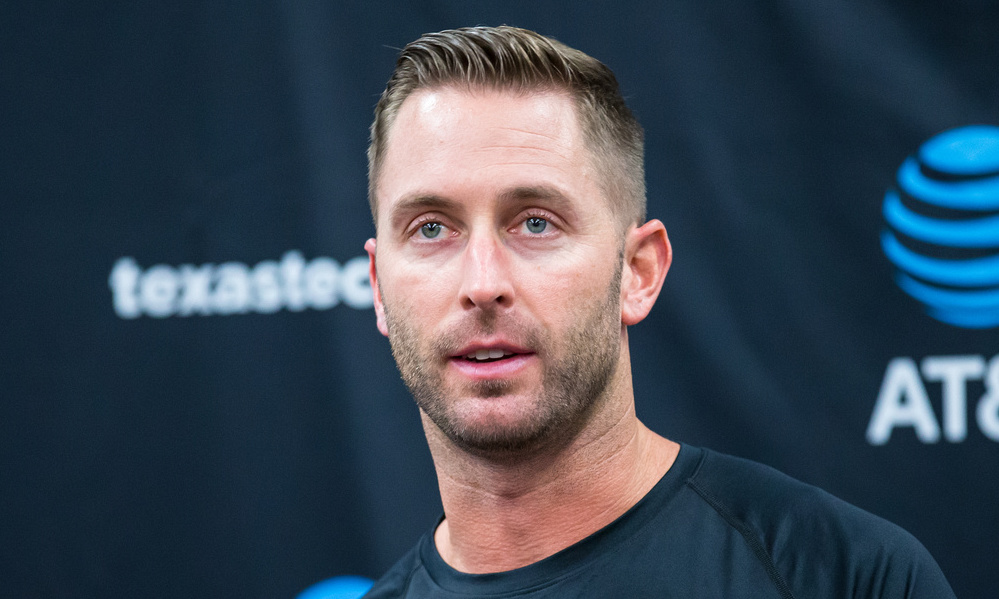 Kliff Kingsbury’s tenure as USC offensive coordinator is over after a little more than a month.

A new King in the Nest.#KardsGotKliff

Kingsbury was viewed as a terrific hire by the Trojans, and the clear high point of the offseason for fans looking for USC to add a spark to the program. And while the Trojans won’t benefit from what looked to be a guaranteed increase in offensive yards and points, ultimately, it will be interesting to see whether head coach Clay Helton continues down the path of installing a pure Air Raid offense — the kind used so productively by Kingsbury at Texas Tech.

The Kingsbury move leaves the Trojans with a vacancies at both offensive coordinator and quarterbacks coach. In potentially filling that role with one coach, it remains to be seen whether Clay Helton and Lynn Swann swing for the fences again as they did with Kingsbury, or if Helton decides to play things a little more safe and familiar, as he’s done with many of his other hires. Helton could also choose to continue calling plays himself.

While it was unlikely for Kingsbury to make USC a longterm stop, a monthlong tenure was not exactly what anybody had in mind when he picked the Trojans as his destination this past December.