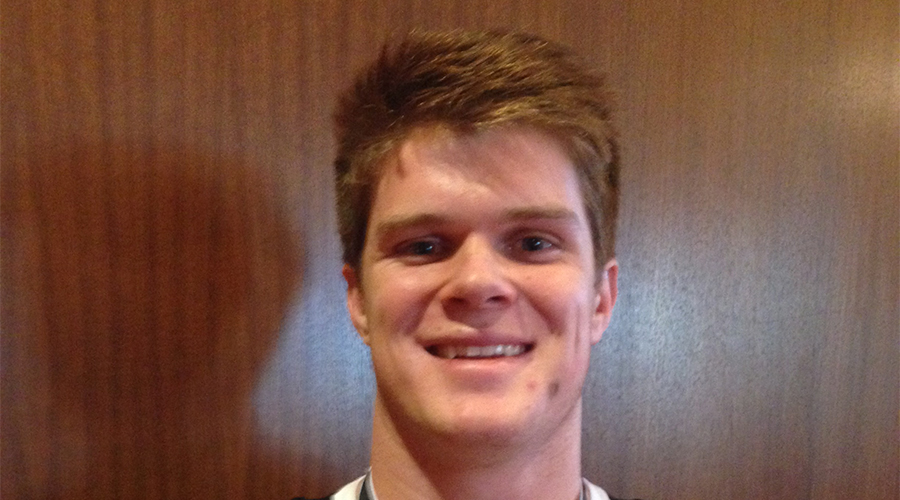 Garry: Johnny – the national recruiting all-star games are annually one of the great events to kickoff the final month of recruiting and this year was no exception as the Trojans landed a trio of verbals and had several notable performances from their recruits. Let’s start things off at the Under Armour game and things got started right for USC with a verbal from Ronald Jones out of the gate. This was a huge pick up, and he showed why with his 58-yard touchdown run.

Johnny: Absolutely. A huge get for the Trojans, and that run showed why. Jones is really the total package, bringing outstanding top-end speed to the table, but he’s also a physical rusher. I think that he’ll see the field early at USC.

Garry: This was a great job of filling the need at tailback. I think the duo of Aca’Cedric Ware and Dominic Davis was a good one but a lot of what Davis will do is out of the slot so it was ideal to grab another “runner” at the tailback slot. The coaches went out and added one of the best in this class, and beat the Irish for him, which is always a bonus.

Johnny: No doubt about it. If Buck Allen leaves, which many assume he will, the Trojans will need at least one of these freshmen to contribute, and they have three outstanding candidates to do that.

Garry: And to nobody’s surprise, Biggie Marshall made an impact during the week as well. There was a lot of talk about elevating him to the top corner spot after what he did in practice but it was a couple effort plays on special teams in the game that really stood out.

Johnny: That’s certainly true. He seemed to be everywhere in that game. He showed why he’s one of the top cover corners in this class, but like you said, what he did on special teams — on the kickoff team — really caught everyone’s attention. He’s an immediate-impact guy.

Garry: i liked the praise John Houston received from the practices as well, and he looked solid in the game too. What has stood out to me this year for John is the consistency of his effort, he has shown a good motor every times he’s on the field and you like to see that from a top recruit.

Johnny: He simply plays at a different speed than a lot of other linebackers, and he’s also a violent hitter. USC is in a good spot for him, and he’ll visit on Jan. 16. He’s also considering Oregon, Miami, Oklahoma and ASU, and he’s already visited those programs.

Garry: I think it’s interesting to see the reality that he could end up at inside backer. Most early projections had him as a SLB, in part because of his frame, but his physical play is starting to make me wonder if he does end up inside.

Johnny: From what I’ve seen, he definitely has the instincts to excel at the WILL spot. It’s going to be fun to watch his development over the next few years, because as you mentioned, he has the frame to pile on quite a bit of weight.

Garry: Any other thoughts from the UA game? Tyler Petite didn’t get a chance to do much.

Johnny: I saw enough of Petite in his CIF State final game to believe the Trojans are getting a player at the tight end spot.

Johnny: DaMarkus Lodge had a nice four-catch outing, but I’m not sure how he factors in with USC now that they have Hampton, Whitney and Payton committed.

Garry: It sounds like Ole Miss is the big favorite for DeMarkus, he is a good one though. OK, let’s flip to the Army game, or the infomercial for USC football. My goodness, you couldn’t watch 5 minutes of that game without them talking about a USC recruit, that was nice to see.

Johnny: The U.S. Army All-American Bowl was huge for the Trojans. USC commits and targets were making plays all over the field. The commitments of Ykili Ross and Marvell Tell certainly helps shore up USC’s secondary.

Garry: Just like the running back spot got a huge lift on Friday, the safety spot was filled nicely on Saturday with those two verbals. I think those were two of the 3 big safety targets, along with DeChaun Holiday, so you have to be pleased any time you can add this kind of athleticism back there. Tell showed a little physicalness too with his hit near the goal line.

Johnny: Tell did play a physical game. He broke up a pass with a nice hit as well, and he also made his presence felt on special teams. Ross showed off his athleticism, spending the week at wide receiver, but he’ll line up in the defensive backfield at USC, with the potential to see some periodic time on offense.

Garry: And apparently Ykili only plans to be at USC for 3 years, based on his announcement. First time I’ve ever heard a recruit say that.

Johnny: Haha, everyone caught that right away.

Garry: Besides the announcements, the thing that stood out to me the most in this game was the play of Osa Masina and Porter Gustin. We had seen both of them before at The Opening, an event which doesn’t really play to their strengths as physical football players, but they sure showed something in this setting. I was on the sidelines for the game when Rey Maualuga played and it was easy to see a lot of Rey in the way that Osa played.

Johnny: Masina has a nose for where the ball is. I really liked the way he just knifed through the line on a couple of occasions to nail the running back. He has outstanding instincts to go along with his obvious physical abilities. Gustin surprised me a little. I’ve always figured he was more of a rush end, and while that still might be true, he looked solid at MIKE on Saturday. He made a real nice play on that pick-six.

Garry: Me and you both on Gustin at MLB. On the pick he showed the agility to get around the receiver, the hands to make the play and the instincts to take it to the house.

Johnny: As a high school quarterback, he does have a unique skill set.

Garry: Speaking of quarterbacks, both Town and Darnold were in this game, and both had touchdowns throws, along with some struggles that come with all-star games. All in all, both guys represented themselves well as 2 of the better guys in the country, although I laughed when the announcer said Darnold was a pocket passer who didn’t do much as a runner. Wrong on that one.

Johnny: Right, Darnold had 181 yards rushing in his final game at San Clemente – he can run! I love the way Town moves in the pocket. On that touchdown throw he used his feet really well and moved up before tossing a beautiful 61-yard strike.

Johnny: I was out at an East practice earlier in the week, and I really felt like Darnold was at a little bit of a disadvantage. Their offense just wasn’t in synch at all. Still had the nice 63-yard TD toss in the game though.

Garry: Any other thoughts based on what you saw at those practices?

Johnny: Jacob Daniel, coming off those knee injuries, really impressed me on Day 1 of the practice sessions. He said he’s 100 percent now, and I believe it based on what I saw.

I also like the versatility of Chuma Edoga. He spent time at guard and tackle in the practice I was at, and he looked very good at both. I think he has the ability to help USC early in his career, especially since he’s arriving early to participate in spring ball.

Garry: I still see guard in Chuma’s future. Not saying he can’t play tackle but I see him as a very athletic guard.

Johnny: I agree. I think guard is his best spot. But if Wheeler is slow to come back from his knee injury, I think he might have the potential to help out at tackle as well. Christian Rector surprised me a little as well. He really showed some nice explosion off the line during the one-on-one period on the day that I was there. I hadn’t seen that from him.

Garry: The weekend finished with the Semper Fi game and I don’t know if fans expected much but there were a couple nice performances from USC commits Tristan Payton and Noah Jefferson.

Johnny: Payton came up big in front of the Southern California crowd, earning MVP honors. He had the two long touchdown receptions where he showed off his speed and big play ability. The comparisons to Nelson Agholor are natural.

Garry: What did you make of Payton’s statement after the game: “I’m just hoping I can get to USC”

Johnny: Well, with only three scholarships remaining, and the Trojans still going hard after a number of other elite players, including Houston, Green, Marshall, Masina and Gustin, it stands to reason that the coaches know something that we don’t. There have been rumors of a couple of players currently committed at risk of not making it in, presumably due to academics, but nothing has been confirmed on that end. In either case, it certainly appears as though Payton wants to be a Trojan very badly. Jefferson had a great night as well. I was at a practice earlier in the week, and he just overpowered the opposing offensive linemen, and he did the same in the game. He had two really nice sacks where he just ran through the line.

Garry: The added bulk on Jefferson was noticeable from where we saw him last summer and you can see him as an athletic interior lineman.

Johnny: When I talked to Jefferson he said that he currently weighs in the 295-300 range, and that the USC coaches have him slotted to start his career at the interior defensive end position.

Garry: Lastly, it’s hard to imagine there would be room for T.J. Wheatley but he said there is still some interest from the coaches, and at a few different spots.

Johnny: That’s what makes Wheatley such an intriguing prospect. He can play tight end or defensive end, and some people think he might even grow into a tackle. The other Trojans commits were working him hard last week, but there is a long way to go in his recruitment. He reportedly will visit Alabama, UCLA and Oregon this month.

Garry: Thanks JC. It certainly was a huge weekend as far as the Trojan recruiting efforts were concerned, now we look forward to the next big recruiting weekend on the 16th.

Johnny: Thanks – Definitely the biggest recruiting weekend of the year coming up.