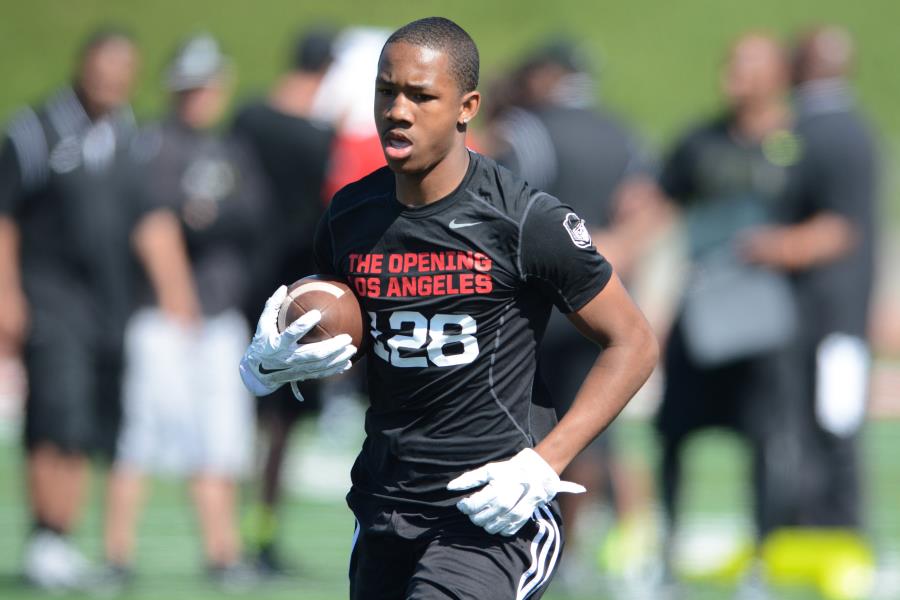 Garry Paskwietz and Johnny Curren give an overview of the remaining prospects on the USC wish list as we head into the final 48 hours before signing day:

Garry Paskwietz: Johnny, we are two days out from signing day and there is a lot of nervous anticipation on the boards because of the lack of any real movement lately on the Trojan recruiting front, specifically a lack of positive movement. But there is still a lot that can be gained over the next two days, either enough to swing the Trojans into a solid top 10 class or to keep them around the top 20 mark. Let’s go through each recruit left on the wish list and give a brief update on any recent visits or movement. Let’s start with Devin Asiasi, as big of a target as there is remaining on the SC board and he is coming off an SC visit. Where does he stand?

Johnny Curren: Long thought to be a USC lean, the recent departure of Marques Tuiasosopo from the Trojans’ staff to UCLA obviously shook up his recruitment, but I think the visit to USC this past weekend helped ease his concerns in that regard as he got to spend time with John Baxter as well as Clay Helton, who he’s developed a good relationship with. I think the Bruins are still right there though, so we’ll have to see. But I do think USC has a good shot here. Michigan is also a contender as well.

Garry Paskwietz: I’m more worried about that one than I want to be. Let’s go to his teammate, Boss Tagaloa, thought by many to be all but a done deal to Westwood. Do you get the sense the SC coaches did anything this weekend to sway him?

Johnny Curren: Right now, with the USC staff having taken so long to offer him and to make him a priority, I’d still bet on the Bruins for Tagaloa. But the fact that even made the trip to USC with his good friend suggest they aren’t completely out of it, so you never know.

Garry Paskwietz: How about another recruit who was on the visit, Keyshawn Young. It may not make sense to be looking at another receiver, unless someone like Trevon Sidney is getting moved to defense. What are the chances Young ends up a late Trojan surprise?

Johnny Curren: I actually think Young is someone who could wind up inking with USC on signing day. He’s really down to Louisville, Michigan and the Trojans, so he won’t be staying in-state no matter what. What would make this a good get for USC is the fact that he’s being targeted as a defensive back AND receiver. With the Trojans in need of corners, his signing could be significant. Louisville looks to be the Trojans’ main competition.

Garry Paskwietz: Another Florida product on the trip was Jamel Cook, a Florida State commit. Was he looking for a free trip to LA or is there a chance he will flip from the Noles?

Johnny Curren: I think there is some legitimate interest there, but having been committed to FSU for almost a year, I still think the Seminoles will be hard to beat. One thing working in USC’s favor, however, is the fact that both he and Young have expressed a desire to play together on the next level, and the most likely place for that to happen would be at USC. Those package deals don’t materialize a lot of the time, however, but the Trojans aren’t out of it yet.

Garry Paskwietz: The final recruit on the trip was Quinn Nordin, and the fact that he decommitted from Penn State just before the SC trip had to be a good sign, right?

Johnny Curren: It definitely was, but USC’s primary competition is actually Michigan, and a lot of people think he ultimately winds up signing with the Wolverines. But I wouldn’t rule out USC at all yet. He’s obviously very close with John Baxter, the special teams coach who recently left the Wolverines staff to come to USC. Baylor is also still in the equation.

Garry Paskwietz: OK, let’s go through some of the remaining names. Jonathan Kongbo is coming off a Florida State visit, with Tennessee and Alabama still out there for him as well. SC put on the full court press last week with Udeze leading the way, how are you feeling on that one right now?

Johnny Curren: I think USC has a 50-50 shot with him right now, with Tennessee – where he was previously committed – standing out as the primary competition. In the end, I won’t be surprised if he signs with USC. Like you said, Udeze and Helton seemed to build up a strong relationship with him, and his official visit also left a lasting impression.

Garry Paskwietz: Connor Murphy is one that is really close to call right now too. We heard SC-Michigan as of last week, but he took a trip to ASU this weekend and was tweeting out #hometownhero all weekend. We’ll see what happens there. And then there is Rashan Gary, who took a late trip to Clemson amid thoughts that he is basically headed to Ann Arbor.

Johnny Curren: With Murphy, I still get the sense it’s primarily a USC-Michigan battle. He’s had genuine interest in USC for a really long time now, even through the departure of Chris Wilson from the Trojans staff, so I think they have a legitimate chance of landing him on signing day. Working in the favor of the Wolverines, however, is his relationship with Jim Harbaugh, who coached his brother, Trent, at Stanford.

Gary is coming off a visit to Clemson, but Michigan looks like the favorite right now, with the Trojans, Auburn and Ole Miss also in the picture. Having recently taken an unofficial back to Michigan, it would be somewhat of a surprise at this point if he doesn’t land in Ann Arbor. I don’t think USC is completely out of it yet though.

Garry Paskwietz: There are a couple other d-line names still out there like Maxs tupai and Jachai Polite but one who could also end up circling around with USC is Keyshon Camp.

Johnny Curren: The latest buzz coming out in regard to Tupai is that he could be leaning toward Utah or Oklahoma. Polite comes from the same high school that produced Leonard Williams and Quinton Powell, and he’s developed a good relationship with USC administrative assistant Keynodo Hudson. But I’m not sure how I feel about the fact that he was back on campus at Florida — where he’s committed — this past weekend for an unofficial. I don’t think that’s a good sign. With Camp, who knows what happens. I’m not sure what kind of chance Missouri has at this point with Wilson having departed for the Philadelphia Eagles. Pittsburgh could be his most likely destination at this point. Michigan and Ohio State are also reportedly still under consideration. But like you said, maybe he winds up coming back to USC – the school he might be most familiar with.

Garry Paskwietz: Going back to the secondary, Jackie Jones (photo above) is a priority and he has SC in final 3 with Bama and A&M, and right now I don’t see JackJack heading to the SEC.

Johnny Curren: I agree, I don’t see Jones leaving Los Angeles. He didn’t use an official on USC, but he’s been up to campus on a number of occasions.

Garry Paskwietz: The interesting one could be Kyzir White, with so many family ties to WVU but the Trojans seem to be a legit option. where do you think that one is at?

Johnny Curren: I think USC has a good shot with White. As you mentioned, he’s committed to West Virginia and has a brother there, but the offer from the Trojans had a significant impact on him. It’s interesting that he didn’t wind up taking an official visit to Penn State, where many thought he would ultimately land if you asked them a couple months back. It looks like it’s down to USC and WVU. He would be a nice get for the Trojans, who need to build depth at safety.

Garry Paskwietz: And another brother who was a first-round pick from the school, pretty tough to go away from that. I’m going to give 3 names here as “longshots”, do you think the Trojans could have a shot with any of them at this point – Lamar Jackson, E.J. Price, Brandon Burton?

Johnny Curren: Of that trio I think the only one USC has a small chance with with is E.J. Price. Jackson and Burton will both announce on Tuesday, and they appear to be headed elsewhere. On Price, he’s looking at Alabama, Auburn, Georgia and USC. It’s known that he really liked his official visit to USC, particularly the academic opportunities that the school affords. But Georgia – where he was previously committed – is going to be hard to beat. He took an official visit there this past weekend.

Garry Paskwietz: Should be a fascinating 24 hours to see how this all wraps up. Thanks Johnny.