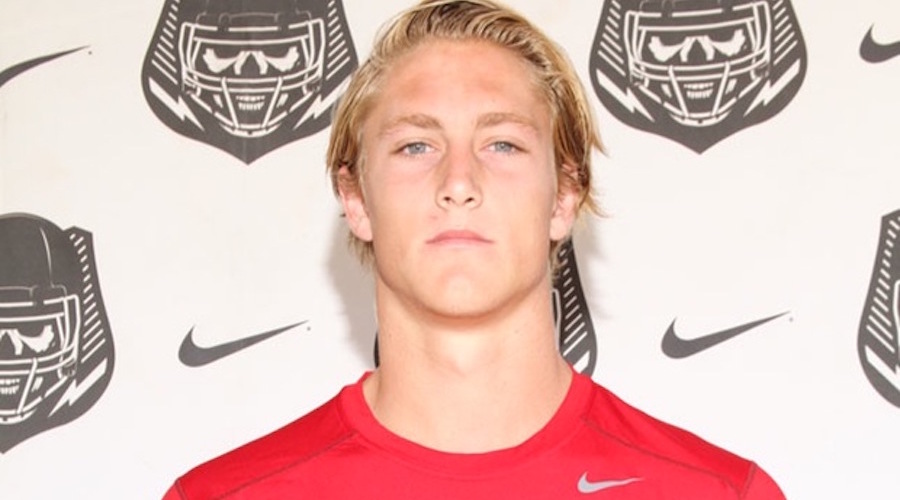 The quarterback recruiting plans for the class of 2017 took a turn this week for the Trojans when Tua Tagovailoa announced that he would be committing to Alabama.

For a long time it had looked as if Tagavailoa would be coming to USC, which was just fine with Clay Helton, who had placed Tua at the top of his quarterback wish list and the primary focus of his pursuit at the position. With the news that Tua will be playing elsewhere, Helton now has a decision to make in terms of bringing in a quarterback for this class, and it looks likely that he still wants to bring one in.

It’s not a must for the Trojans to take a QB in this class as there are currently four bodies at the position with Max Browne, Sam Darnold, Jalen Greene and Matt Fink, and all four are eligible to be on the roster in 2017 as well. If things play out that way, the Trojans would be fine depth-wise if Helton decides to skip a QB this year, and then bring in current verbal Matt Corral for the class of 2018. Click here to watch some good video of Corral in action last weekend during a 7-on-7 event.

But, as noted above, it certainly looks as if Helton has interest in bringing one in this year. There was an offer to Stanford commit David Mills in late April, and interest shown in local quarterbacks Jack Sears and Chase Garbers. Neither Sears or Garbers have been offered by USC yet but both are ranked in the top 10 nationally and have legitimate offer lists. There is also the thought of Ryan Kelley, who recently de-committed from Oregon, or Tate Martell, who is still a Texas A&M commit but the speculation is that he’s a candidate for a potential flip.

I think Sears will be an interesting one to watch. He’s from the same high school as Darnold, and there are a lot of similarities between the two. Like Darnold, Sears is a physically impressive guy at 6-5, 200 with 4.66 speed, he’s not quite the running weapon that Darnold is but he moves around very well with 862 rushing yards and 9 TD’s last year.  He also had 37 passing TD’s and only two picks.

With the lack of experienced depth on the defensive line, the Trojans have made multiple recent offers to junior college defensive linemen from the state of Mississippi.

Tyree Owens and Deion Pope are from Copiah-Lincoln CC while Isaiah Buggs is at Gulf Coast CC.

Owens (6-4, 265) originally enrolled at West Virginia in 2014 but was dismissed from the team last year following his involvement in a bar fight.

Pope (6-4, 290) is reported to be leaning toward Mississippi State.

Buggs (6-5, 280) is originally from Louisiana so LSU and Ed Orgeron figure to be a factor, while he is also looking at Oklahoma and most of the SEC. He had 59 tackles and four sacks last year.

There will be a 7-on-7 and OL/DL event held this afternoon at Serra HS with the Cavaliers hosting LB Poly and Narbonne. It will be an opportunity to see the players competing with their high school teams, including USC class of 2018 linebacker commit Raymond Scott from Narbonne, as well as 2018 offers Merlin Robertson (LB, Serra) and Camren McDonald (TE, LB Poly). I’m also looking forward to watching class of 2019 corner Max Williams from Serra, he already holds offers from Florida State and LSU, among others.