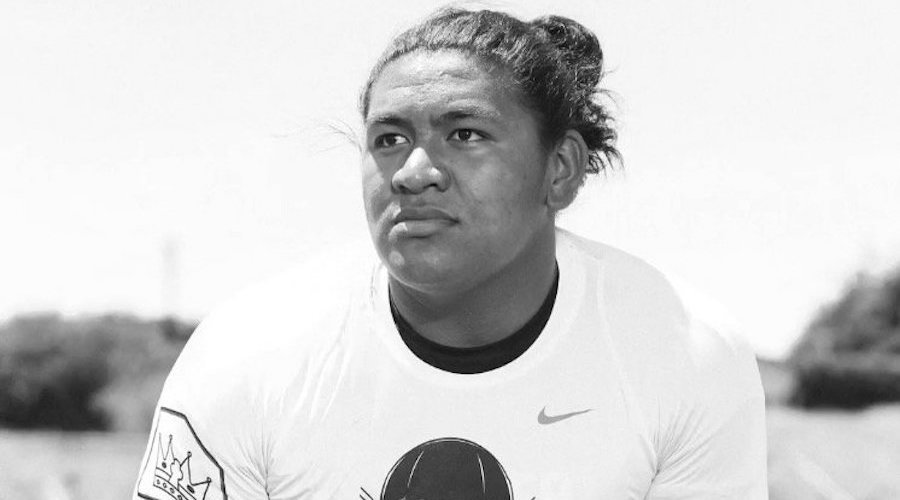 This week offered a spotlight on some of the top line prospects on the USC wish list.

At the Opening event in Oakland on Sunday, the best player on the offensive line was no surprise in Penei Sewell from Utah, who earned an invite to The Opening finals in July. Sewell (who checks in at 6-5, 330) is seriously considering the Trojans right now (unofficial visits recently to Oklahoma and Arkansas) and he would be a versatile fit who could end up at either tackle or guard (I think he could be a tackle with his athleticism). He was dominant at both spots in the event.

James Ohonba (6-5, 320) from Georgia released a top 4 list this week and the Trojans were on it, and in good company with Alabama, LSU and Michigan. That’s a solid group for Ohonba to choose from and it’s clear he doesn’t mind leaving the state. There could be a time this fall when he looks at the USC offense and sees a LT, a TE and a WR all from Georgia. Click here to watch Hudl footage.

USC also made an offer this week  to one of the top 2019 offensive tackles in the area in Sean Ryhan (6-4, 300) from San Juan Hills. Ryhan played on both sides of the line last year for SJH and also has offers from schools such as Washington and UCLA. His coach Aaron Flowers told the OC Register that Ryhan is “big, physical and very athletic, great feet”. There was an additional offer to a 2018 OL commit to BYU in Jaren Kump, 6-5, 260 from Herriman, UT.

St. John Bosco held their annual showcase event for college coaches last week and one player generating a lot of buzz was Sua’ava Poti , a class of 2019 defensive lineman. Poti (6-3, 275) has early offers from LSU, BYU and UCLA but there is legitimate interest in the Trojans. Also keep an eye on Bosco 2019 OL Marist Talavou.

One of the top defensive end targets, Cameron Latu from Utah, released a top 5 list with USC, Washington, Utah, Alabama and Nebraska. Latu is 6-5, 235 and extremely athletic, he reminds me physically of where Hunter Echols was at this point last year.

Speaking of Echols, he comes from Cathedral HS and the Phantoms have another good DE coming up in 2019 Stephon Wright (6-2, 230) who has received offers in recent weeks from Oklahoma and Texas A&M.

Aeneas Hawkins, a 6-3, 265 defensive tackle from Ohio, released a top 7 schools list with USC on it but he would be considered a longshot right now with Ohio State considered the favorite at this point and others on the list Penn State, Alabama, Cincinnati, Kentucky and Pitt.

Other notes from The Opening:

* Other invites to The Opening finals included ATH Chase Williams (Roosevelt), DB Steve Stephens (Edison), DB Stephan Blaylock (Bosco), DB Jevon Holland (Bishop O’Dowd) and LB Brandon Kaho (Reno, NV). Williams can play both receiver and DB but seems to be getting more attention on defense. Kaho put up some huge testing numbers at the event (4.68 40, 35″ vertical and 47′ power ball at 6-2, 232). Stephens is a recent commit to Oregon.