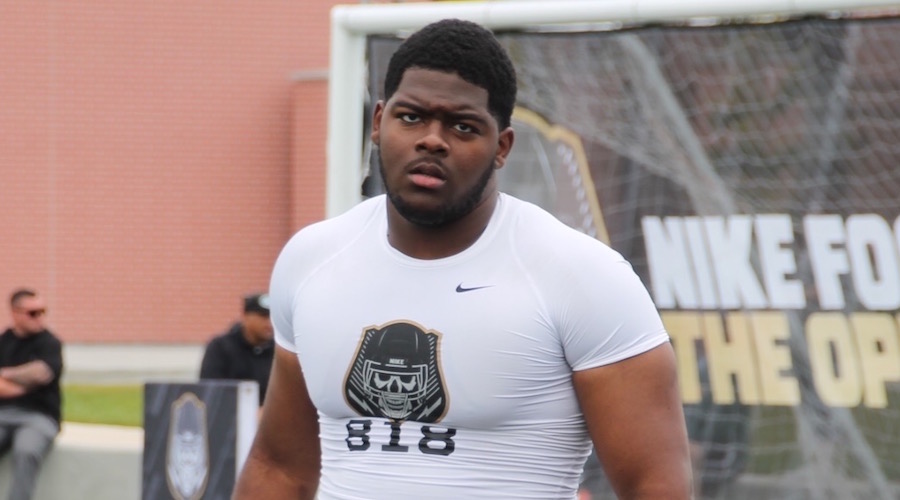 Now that the spring evaluation period has come to a close it’s time to evaluate some of the key storylines for the Trojans:

1)  Still no resolution at quarterback: Early in the spring period Tua Tagovailoa gave a verbal commit to Alabama and the Trojans quickly offered Jack Sears, but as the spring period ends it’s not so clear that Tagovailoa is set with the Tide. Tua said at The Opening regional camp recently that he would be looking to take official visits to other schools, and USC was specifically mentioned. There was a longstanding relationship between Tua and the Trojan staff prior to his Bama pledge so don’t be at all surprised if there ends up being movement here. For now, however, the coaches will also continue to work on Sears, and evaluate others such as Chase Garbers and Jake Haener.

2) Future plans getting settled at linebacker: After taking only one linebacker in the most recent class it was known that the position would be a priority in this class and moving forward, and we’ve seen a lot of progress this spring with four verbals for the next two classes. There have been a pair of 2017 commits in Juliano Falaniko (6-4, 205) from Samoa and Daniel Green (6-2, 230) from Oregon. Falaniko is a hard-hitting S/LB right now who will bulk up once he gets on campus, while Green is a classic thumper at inside linebacker. The Trojans have identified similar commits for the class of 2018 with S/LB Bo Calvert (6-4, 210) from Oaks Christian and ILB Raymond Scott (6-0, 200) from Narbonne. Other targets to watch include Addison Gumbs and Sampson Nui for the class of 2017 (both are expected to make June commitments to their school of choice) and Solomon Tuliaupupu for 2018.

3) Trenches are stocked out west: Clay Helton has said the top priority for his program is improving the physicality in the trenches, and that starts with recruiting. Fortunately, this is a very good year on both sides of the line for west coast recruits, particularly along the d-line where there are an unusual number of elite players. I would put three interior d-linemen at the top of the list with Jay Tufele, Greg Rogers (photo above) and Martin Andrus. These are three legit guys on the west coast and the Trojans have a shot with all three. I also like Terrance Lang, and the fact that the Trojan coaches are still pursuing Hunter Echols. On the offensive side, I’ve got Austin Jackson atop a wish list that includes Wyatt Davis, Chuck Filiaga, Brett Neilon, Aaron Banks, Popo Aumavae and Andrew Vorhees. It also wouldn’t surprise me to see an eventual run at Jalen McKenzie.

4) Is Johnson top priority at corner: For the longest time it looked like Thomas Graham was going to be the lead recruit at the corner position but after his decommit earlier this spring it has looked more and more like he is headed elsewhere. And after watching a very strong group of top corner prospects this spring at camps and 7-on-7 it’s looking like Jaylon Johnson could be the top guy out there. Johnson has legit height and athletic ability, and it’s a USC vs. Arizona battle at this point. There will also be others in the mix such as Deommodore Lenoir, Greg Johnson, Jaylon Redd, Salvon Ahmed, etc.

5) No movement on local receivers: The Trojans have a pair of commits at the receiver position right now with Marlon Williams and Randal Grimes but they are still waiting on decisions from some elite local receivers such as Tyjon Lindsey and Joseph Lewis. And it looks like it could be a long wait as neither player appears to be ready to make a commitment anytime soon.

6) Carr is still in the SC garage: While Graham eventually changed from a soft commit to an official decommit, Carr is still considering himself a soft commit to the Trojans and he doesn’t appear as likely to be looking around, even after spring trips to Michigan and Miami. Keeping Carr in the fold is one of the top priorities for the coaches although they will also continue pursuit of Najee Harris as well.