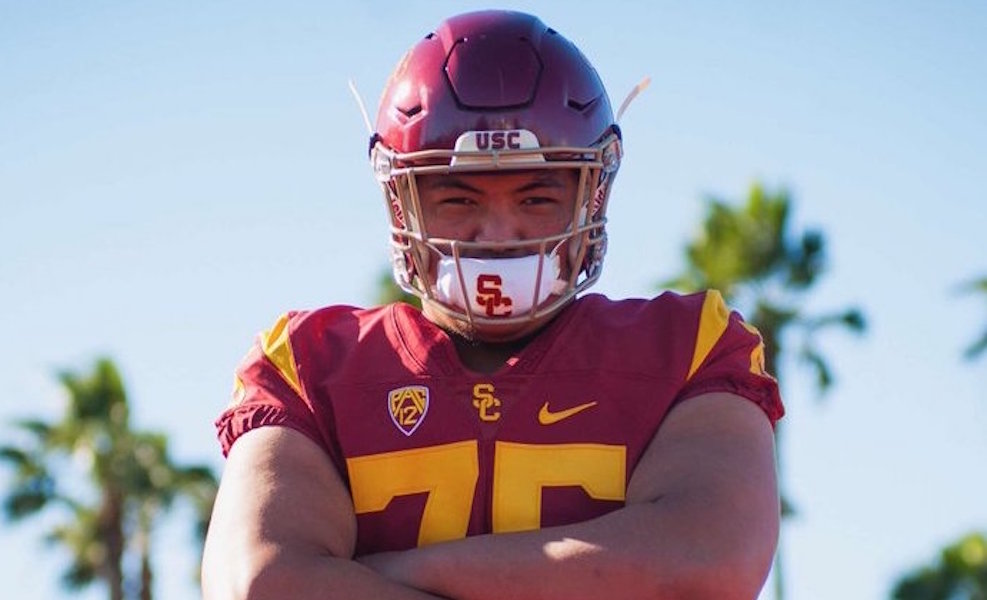 Now that the national all-star games are done, and with only a few remaining spots for the Trojans to fill for the class of 2018, we will use this notebook to give an overview of our thoughts on some of the top prospects we’re looking forward to seeing for the class of 2019.

Garry Paskwietz and Randy Taylor from National Preps gave a review of their top 2019 prospects in the WeAreSC Recruiting Podcast.

“I always like to take one QB in each class so here are some names I’m looking at on the west coast. I like Ryan Hilinski down at Orange Lutheran, a guy like Joe Yellin at Mission Viejo is a tough, competitive kid. Hank Bachmeier of course, Jacob Conover from Arizona. There’s a lot of guys out there and I’m interested to see who starts to emerge.” RT

“Wilmore is my favorite back I’ve seen for this class. He’s a running back, not an athlete playing running back. And he will deliver the blow on contact. I love the physical aspect of his game. He’s on the shorter side but at 200 pounds he brings plenty of punch.” GP

“Dollars is a really good player too. This group of backs isn’t really big, I don’t see that runaway big guy yet but there are some good backs here. A couple others I like are Jamal Bell from Paraclete, he’s really explosive, and Austin Jones from Bishop O-Dowd.” RT

“For the 2nd year in a row it could be a Monarch at the top of the WR priority list. Bru is a completely different player than Amon-Ra, think more of a Michael Pittman-type frame and skill set. And I really like Ngata, he’s a big guy who plays physical but he can run too.” GP

“I love Mycah Pittman’s instincts and feel for the game, and I’ve felt that way since he was a freshman. A couple others to mention are Kyle Ford, Kyle Smith and Braedin Huffman. There are a lot of really talented wide receivers at the top of the list.” RT

“I don’t really have a preference for which one ends up at SC, I just want to see a tight end in this size range who can have an impact as a blocker” – GP

“Ethan Rae is what you look for in an athletic big tight end, and he’s looked like this for a long time. Jude was a guy you saw early in his career standing on the sidelines waiting his turn and now he’s come into his own and become that guy. DeLaSalle also has a guy in Isaiah Foskey.” RT

“USC needs tackles and there are two really good ones in Rhyan and Jonah (photo above). What I like about Rhyan’s game is how aggressive he is, he puts his man on his back a lot. And Jonah has just been a rock for the last two years on the Narbonne line and they’ve had a lot of success, he’s a pretty polished guy.” GP

“Ryhan is still developing and I think his upside is really, really good. I think both of them could play guard too. A big tackle prospect I like is up at Rainer Beach, Washington in Nathaniel Kalepo, he’s a commit to UW right now.” – RT

“Man-child is definitely a term that comes to mind when you see Kayvon on the field, he’s just built different than other high school kids.” – GP

“Kayvon looks like an NFL guy, you hate to put that on a kid but he looks like it. I love Bandes and he still has room to put weight on. Pola-Mao is a classic 6-1 inside guy.” – RT

“This is another terrific linebacker group coming off a great year at the position for the 2018 class. I like the way Tufono moves for a guy his size, and I can say that about Floyd too.” – GP

“Funa is one of those guys who can grow and really set the edge for you. This is a good group. I would add Ralen Goforth too, his brother is across town but he’s a nice athlete to watch” – RT

“You always talk about the need for corners and two of the best are Steele and Criddell. I love how aggressive Steele is with his coverage, it’s the style of play you like to see in a corner.” – GP

“I agree, Steele can be that lockdown corner. I think Criddell is more of a safety and he’s a good one. A couple other kids I would want to mention are Isaiah Rutherford from the Jesuit in Sacramento, and Jalen Martin at Roosevelt, he is another Chase Williams-type at 6-2 with long arms and he’s athletic.” – RT