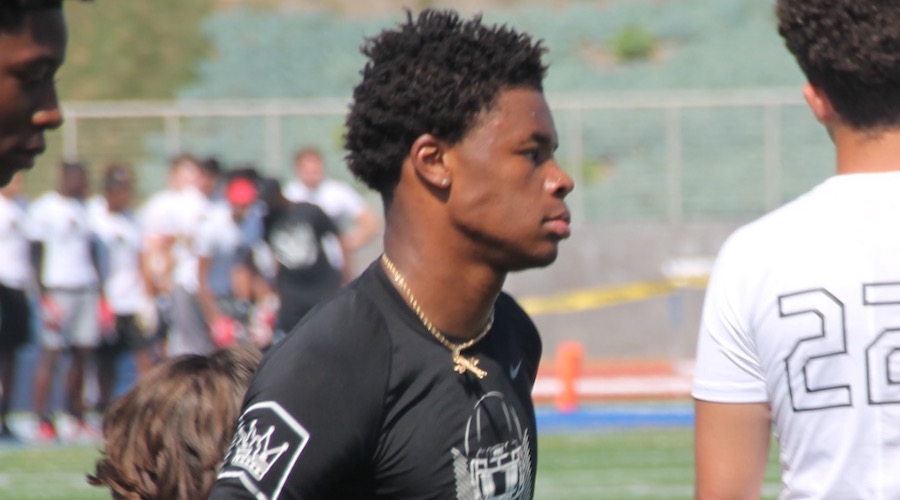 While the exact number of scholarships remaining is unknown for the Trojans, and won’t be known until next Monday when any transfers or more early entries to the draft are announced, we do have a pretty good idea of who the top remaining targets are on the wish list. What will be interesting to see between now and the first Wednesday of February is how those targets meet with the remaining needs for the Trojans, and if any new names pop up that are still available after not signing in the early period.

These players are the ones who have long been targets and it would be ideal to fill the remaining spots with players from this group.

OL Penei Sewell – One of the elite linemen in the nation, can play tackle or guard, has plenty of mass.

LB Solomon Tuliaupupu – Won the Butkus Award as top linebacker in nation, and USA Today Defensive Player of the Year.

CB Isaac Taylor-Stuart – A unique athletic combination of 6-2 height and fastest man at The Opening speed.

DT Michael Thompson – Good athleticism for a guy his size, when you talk about SEC-style defensive tackles, he fits the mold.

CB Olaijah Griffin (photo above) – An aggressive corner with coverage skills and playmaking ability. You can never have too many players like this in your secondary.

DB Julius Irvin – A versatile player who can end up at either corner or safety, Irvin was planning to sign early at a school (probably would have been Notre Dame) but family issues resulted in him waiting.

RB Mychael Salahuddin – The one-time Trojan commit is still showing interest and, like Williams above, it could come into play if the rides are there.

Now there are nine names listed above and there aren’t likely to be that many spots available so let’s look at where the Trojan needs match-up best with who is out there.

The two priorities that stand out are OL and CB, you need to have two of the remaining spots filled here.

I would feel a lot better with three linemen in this class instead of two, and if you’re going to add one it sure would be nice for it to be Sewell. Most of the recruiting tea leaves favor Oregon or even Alabama for Penei but there is the Trojan hope that he connected at SC, in part with the large Polynesian contingent in the program. And if it’s not Penei filling a final spot on the line you would need a name to come forward in the next few weeks because right there aren’t any other known OL targets.

Right now the Trojans have two verbals in Chase Williams and Marcus Johnson, although most speculation is that Johnson will not end up in the class. The Trojans need at least two, if not three, corners in this class so the first priority is adding the next one and the primary targets are either Taylor-Stuart or Griffin. Both are scheduled to make official visits to USC in the coming weeks.

The next priority group is either DL, LB or CB, and it could definitely end up that you fill all three.

This would be my top priority of the 3 because of the fact that it’s Solomon. The Trojans already have a terrific LB group even if they don’t add a body but Tuliaupupu has long been a strong possibility for the Trojans and they are still in a good spot now, but the Buckeyes, Irish and Bruins are still trying. Need to close this one.

I’m putting this spot next because of Thompson. I’m fine with the three defensive tackles we have committed now but I think enough of Thompson that I would love to add him with one of the final spots.

As mentioned above with corners, it would be great to have three, and a guy like Irvin can get a look at either corner or a safety with coverage skills.

The preference of the coaches would be to add a second running back, and guys like Salahuddin or Jashaun Corbin could be in play. Corbin, from Florida, is an example of a player who didn’t sign early, and the Trojans are scheduled to trip him this weekend.

I’m set with Amon-Ra St. Brown at receiver for this class but if the numbers work out to add a second receiver we could see a taller option like Williams