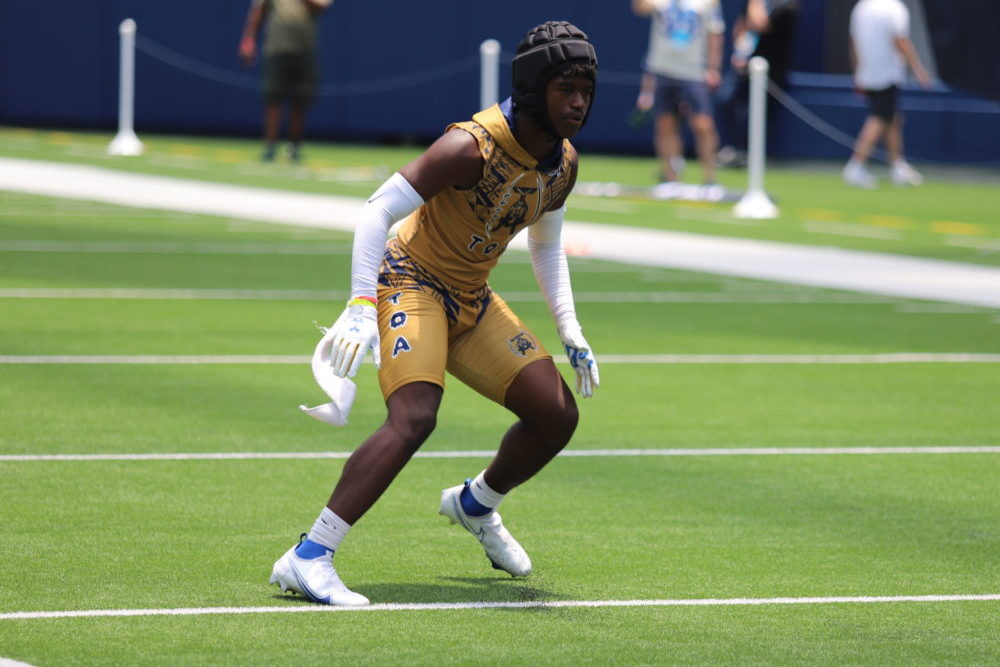 It wasn’t long ago that cornerback Rodrick Pleasant (Gardena, Calif./Serra) didn’t hold a single recruiting offer. His first one came in from Penn State on May 24. Just two weeks later, Tennessee became his 14th offer and Pleasant was firmly in the mix as one of the top 2023 cornerbacks in the region.

It was a quick run for Pleasant, but the 5-foot-11, 180-pound cornerback is very familiar with quick runs.

But he’s far from just a track guy playing football. Pleasant is built well for the position and plays with solid technique. He’s fluid in his movements, obvious make-up speed and isn’t afraid to be left on an island against anybody.

USC was one of several schools to offer in late-May, joining Colorado, Oregon, TCU, Cal, Utah, Arizona State, Pitt, Arizona and others in offering the 2023 speedster.

USC has been home to many Serra standouts and the fairly recent run of Robert Woods, Marqise Lee, Adoree’ Jackson, John Houston and Rasheem Green still means plenty to USC fans and Pleasant as well. He grew up with many of those players and former Trojans. His brother is former USC football player Dominic Davis and Pleasant also counts former running back Stephen Carr among his mentors. The offer from USC meant plenty to Pleasant.

“It was amazing,” he said. “Because it’s hometown and my brother went there, so it was cool to get an offer.”

Pleasant called it “a dream come true” to get an offer from the Trojans and the USC coaches were pushing the Serra greats who have worn the cardinal and gold before him. USC hasn’t signed a Serra player since Max Williams and John Jackson III in the 2018 recruiting class, and those are the only two former Cavaliers on the roster right now.

Pleasant plans to run track at the next level and said his goal in the 100m is to run a sub-10 by the end of his senior season. He’ll be on the USC campus on Thursday as one of many 2023 targets the Trojans will host this week before the June recruiting period ends.

At this point, Pleasant said he has no idea how he wants to handle the recruiting process moving forward, but USC is sure to be involved.

“These three weeks are all new to me,” he said of the heightened recruiting interest. “But it was just a blessing. It was crazy.”