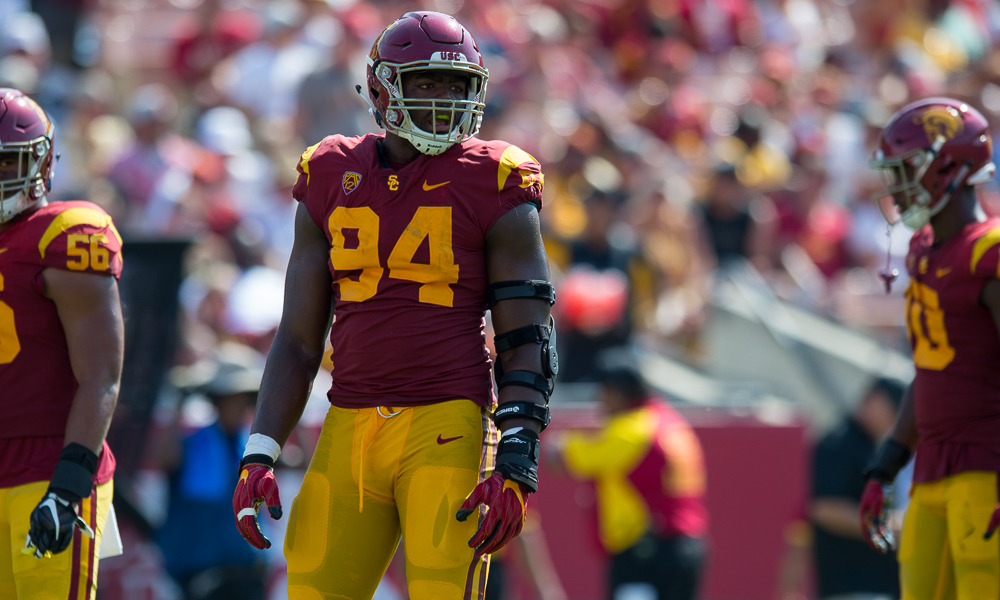 USC defensive tackle Rasheem Green has elected to give up his final year of eligibility at USC to enter the NFL draft.

Green led the Trojans this year with 10 sacks and 12.5 tackles for loss as a key member of the interior d-line, and a first-team all-conference selection.

The USC defense had received good news in recent days with news of Cameron Smith, Iman Marshall and Porter Gustin all returning, and there was hope that Green would add to the list but that will not be the case. Green is the fourth Trojan to declare for the draft, following Sam Darnold, Ronald Jones and Deontay Burnett.

from the USC press release:

USC defensive lineman Rasheem Green announced on Twitter today (Jan. 13) that he will forgo his final season of eligibility and enter the 2018 NFL Draft.

“I want to thank God for giving me the opportunity to play the game that I love,” Green said. “I also want to thank the Trojan Family for all of their support. I especially want to thank Coach KU and the coaching staff along with the members of ‘The Lab.’ I wouldn’t be the player and person that I am without you guys. My three years at USC have been a blessing and I am forever grateful for the people that I have encountered on this journey.”

Green, a Los Angeles native, led the Trojans in sacks in each of the last two seasons.

As a sophomore in 2016, he made a career-high 55 tackles, including 6.5 tackles for loss and 6.0 sacks, plus 2 blocked field goals (which ranked fifth in the nation and first in the Pac-12) and 2 forced fumbles. He earned Sophomore All-American honorable mention and All-Pac-12 honorable mention.

As a freshman in 2015, he racked up 19 tackles, 1 tackle for loss, 0.5 sacks and a fumble recovery for a touchdown against UCLA.