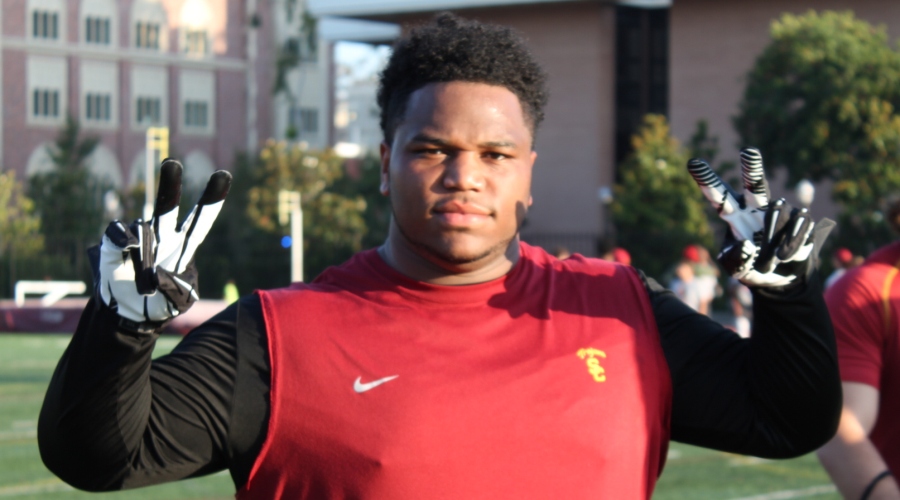 LOS ANGELES – Was there anything more controversial or up for discussion than the 2014 Trojans defense? It seemed that the defense and those that orchestrated it were front and center in some of the biggest upset losses by the Cardinal and Gold.

To fully understand the Trojans title hopes for 2015 and this season’s defense specifically, one must painfully recall what went on in 2014 – even with the great Leonard Williams at defensive tackle, reliable inside linebacker Hayes Pullard, and gifted underclassman linebacker Su’a Cravens.

The Trojans finished the 2014 season at 9-4 and head coach Steve Sarkisian called his first campaign “a total success.” If that’s how the head coach viewed it, that’s okay, but his defense certainly had its issues and if it had it played better, the Trojans might have played in a bowl game with national implications.

While the 2014 offense averaged 35.8 points per game, the defense gave up 25.1 per outing, and it didn’t take long before the Trojans faithful were pointing their collective fingers at defensive coordinator Justin Wilcox, who has been called a college head coach in waiting. It was in fourth-quarter crunch time defeats when the Trojans defense got crunched and seemed to be at its worst – physically, mentally, and fundamentally.