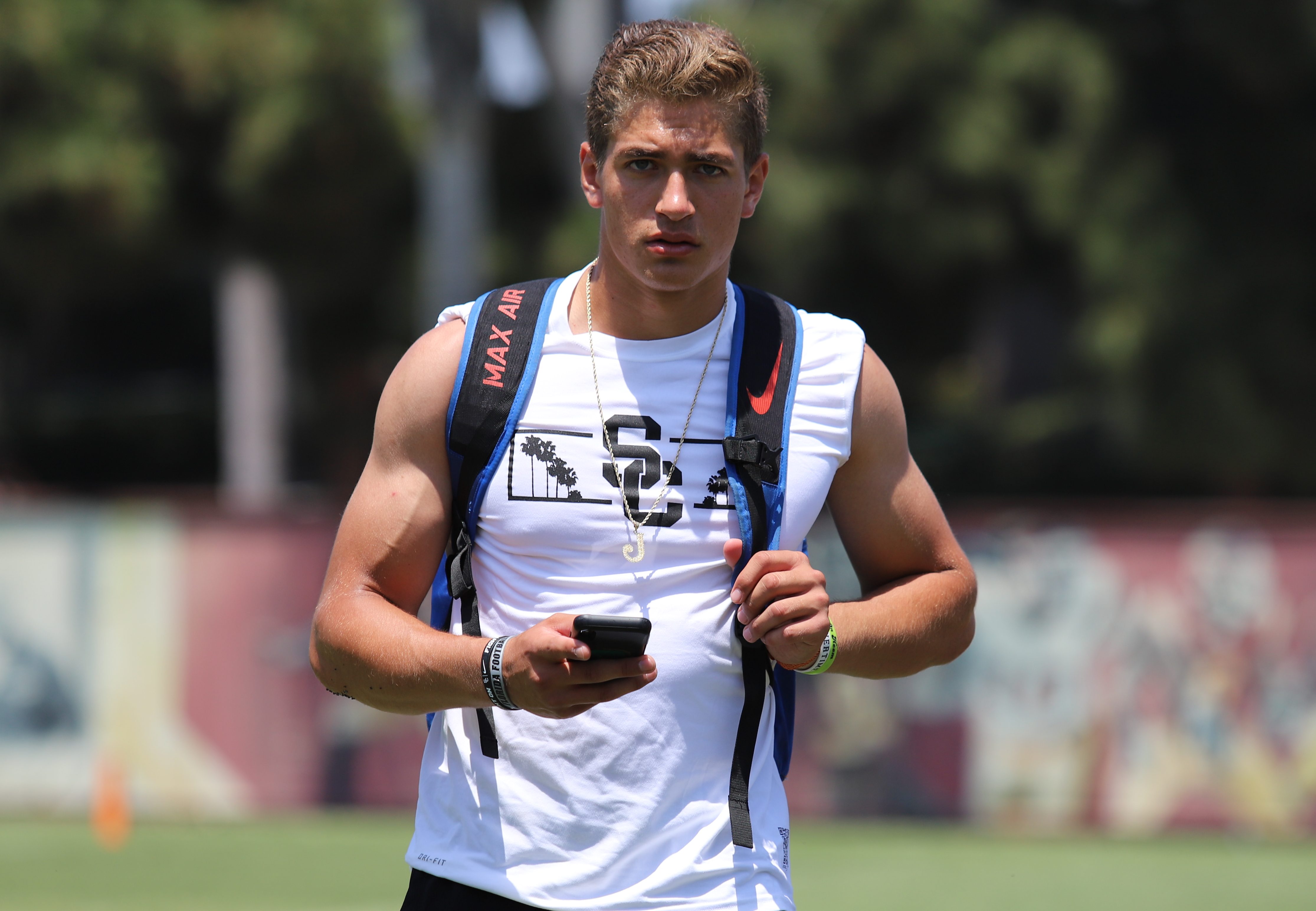 Garcia committed to the Trojans back in September of 2019, and his commitment was a big one at the time, as it came just one day following the massive decommitment of 2020 five-star quarterback Bryce Young, who flipped to Alabama. Now, it looks as though Garcia could eventually flip to Miami, which has been relentless in its pursuit of Garcia throughout the process.

Whispers about Garcia’s future destination have swirled for months, as Miami pursued him heavily and Garcia decided to move to Georgia in order to play his senior season. He’s now at his second high school in Georgia after being enrolled at three different high schools in Southern California.

The decommitment leaves USC with just one quarterback commitment in a year where the Trojans plan to take two at the position.

Miller Moss (Mission Hills, Calif./Alemany) has been rock solid in his commitment to USC since making it over the summer and plans to enroll early. The USC coaches have also shifted their focus lately to fast-rising quarterback Jaxson Dart (Draper, Utah/Corner Canyon), who just turned in a phenomenal senior season.

Arizona State, BYU and UCLA have made Dart a priority, but now the Trojans might have a better shot at landing him as he won’t need to be the third quarterback in a single class.

Landing Dart is a major priority for the Trojans at this point. USC has just two scholarship quarterbacks on the roster and could lose Matt Fink following this season. NCAA rules stopping the eligibility clocks for all athletes this season would allow Fink, a redshirt senior, to return to the roster for the 2022 season, but that would be his (and likely Kedon Slovis’) final season at USC. That means whatever quarterback signs (or quarterbacks sign) with USC in this 2021 class could be the only scholarship players at the position on the roster in their second season. Clearly a potential transfer could alter those numbers, but because USC missed on a quarterback in the 2020 class, the signees this year will battle for the pole position to replace Slovis from the day they arrive on campus.