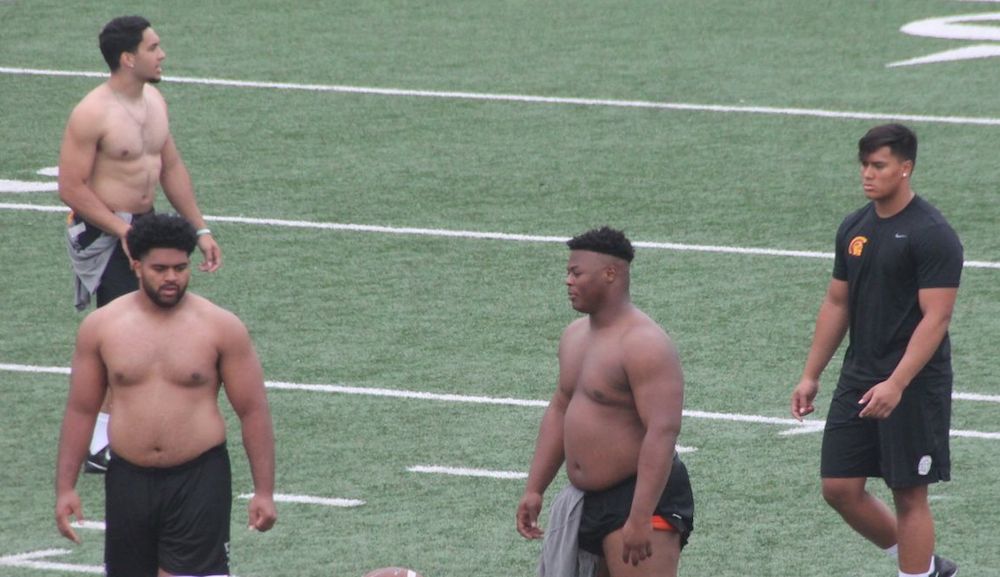 It’s obviously too soon to put together any kind of credible depth chart for fall camp but we can start to look at some of the positions in the PRP’s, particularly with the newcomers, to see where players are lining up. Here’s a look at each position group with what we’re seeing so far.

This has been the order they’ve taken the reps when all 3 QB’s have been in attendance, and I wouldn’t look at it as anything other than seniority at this point. The reps are split fairly equally, and one benefit for JT has been the fact that there isn’t a ton of depth at receiver, so the guys that are there are taking a lot of reps with the “3rd” unit too.

I’m including Carr here even though we may not see him do any on-field drills. He’s been able to get out there a couple times to watch and that’s good enough for me right now. It also gives an opportunity to see our other good backs as well.

We haven’t seen Grimes, Sidney or Young in PRP’s yet. Velus is taking the starting reps as the third receiver but I’m certainly not counting out St. Brown making a major push as we get closer to the season because he looks real polished. Williams isn’t as polished but the raw physical skills are there.

Like Carr, I’ve been pleased to at least see Daniel at a couple of these sessions, and to be so active with helping others with their assignments. Petite has been the most active receiver of the group as we haven’t seen Falo on the field yet.

We haven’t see Austin Jackson on the field so Johnston has been taking a lot of reps, and looking good in the process. Jalen McKenzie has jumped out with how good he looks, trimmed down and seeing action at both RT and RG.

This is a position group where we see a lot of movement and guys playing different positions, especially with guys like Tuipulotu and Murphy limited. Through the first two weeks of PRP’s I continue to say that Brandon Pili is the guy who most jumps out to me. He’s active on the field, on the sidelines, throwing passes, taking reps at RB for the service group and practicing his kick boxing moves against any teammate in his vicinity.

Betiku and Katoa have been unavailable for the PRP’s, while Solomon has been limited to walk-throughs. Peters is taking the 2nd team reps behind Cam for now but all bets are off once Solomon gets healthy.

Ross is seeing time at both slot corner and safety, while Lockett can play either slot corner or outside. I’m looking forward to see more from Pola-Mao because you get the feeling he can be a real enforcer. The two freshmen corners Griffin and Taylor-Stuart are listed 4th at their respective spots only because they just got here, Griffin has made his share of plays so far.