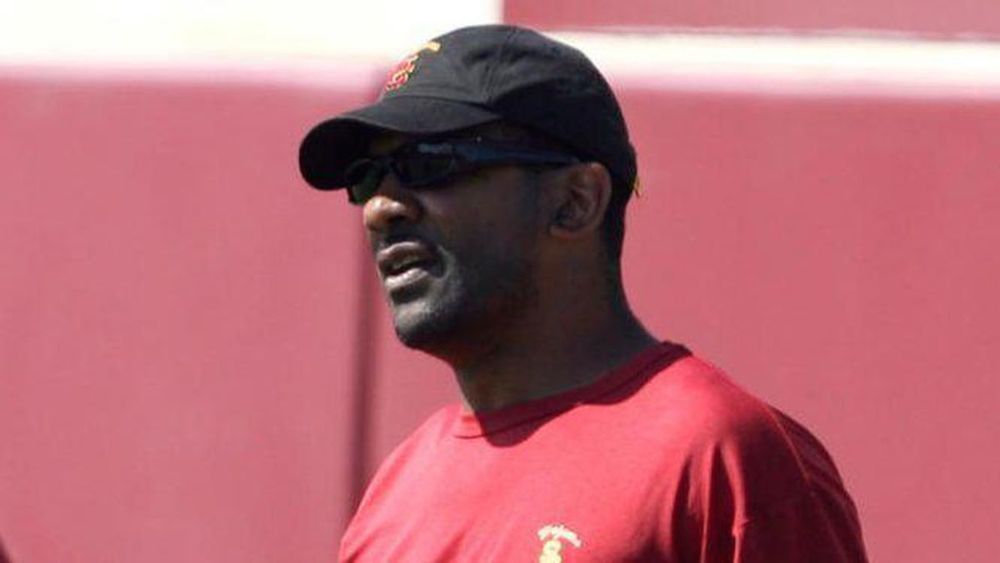 Now that the closing arguments from the attorneys are finished we will see the Todd McNair case go to the jury on Monday.

Here are some of the key points that were made by both sides during the closing arguments:

* McNair’s lawyer (Bruce Broillet) was able to paint a very clear picture of this big, bad organization the NCAA who wanted to send a message to powerhouse USC but they needed a connection in order to impose heavy sanctions and that person unfortunately became Todd McNair. He was collateral damage, and in order to get that connection to USC they changed the facts in the Committee of Infractions report, which Broillet presented very effectively through e-mails, testimony and video. He also talked about how the NCAA is judge, jury and executioner, which gave them the ability to bend the rules under the guise of confidentiality, and he pointed to this case as an example of how that can go wrong. Broillet was also able to humanize McNair, and show what he had lost because of the NCAA’s actions. Finally, he did a good job in his closing of going down the jury verdict form, which are 9 steps or questions that they will need to answer, and explaining to the jury how the process will work.

For instance, the form asks “was a statement of fact made?”, and the answer is yes in this case (and as a defamation case, McNair needs to prove that the statement made was false). There are three statements that McNair is accusing the NCAA of defaming him on:

1. The June 10th, 2010 COI report where it was laid out that McNair knew of Bush receiving illegal benefits
2. The December 15th, 2010 statement from NCAA President Mark Emmert where he said “it took them a long time but they got it right, I think”. The NCAA argued that this was an opinion, not a statement of fact.
3. The April 29th, 2011 infractions appeal committee report which affirmed the ruling of the COI.

* The NCAA attorney Kostas Stojilkovic hit on McNair’s credibility by referencing four areas of inconsistency in his past interviews:

1. 10/29/05 Lake calls and photo. He asked why McNair was able to recall that Bush told him his phone was running out that night but he couldn’t remember if he went back to get Percy Harvin.
2. 1/8/06 Lake call. Of course, this was the call where the NCAA originally asked about a call on 1/8/05 so McNair answered that he didn’t remember it, which was the truth because the call didn’t take place on that date.
3. “contacts” with Bush. This referred to the number of calls to Bush from McNair, while the trial showed that many of the calls were potential no answers.
4. If McNair was in Chevy Impala. A parsing of words from previous McNair statements, one where he said had he been in the car, one when said he hadn’t, and he clarified in the trial that he hadn’t ridden in the car.

Stojilkovic called it “selective amnesia” by McNair with the inconsistencies.

The most effective part of Stojilkovic’s close came when he addressed the damages sought by McNair ($27 million overall, $7 million in economic damages, $20 million in non-economic). From the start of the trial the NCAA has made it a point to question how hard McNair was trying to find a job, that a one-year show cause was a light penalty and that McNair only approached a limited number of teams at both the NFL and college level. The quote from Stojilkovic was “if you don’t try, you don’t get to ask for damages”. He made note of the Seahawks and Cardinals (the two NFL teams that McNair reached out to) having coaches on their staffs with ethical-related issues in their past so he wondered why the NCAA issues would cause them not to hire McNair. Another quote that had an impact during the trial came from McNair, who in explaining how the hiring processes have a limited window each year, also said it had been his experience as a coach “I don’t call people for jobs, people call me”. That may be factually true when he was coaching at a high level but it didn’t come across well when trying to explain why you haven’t been able to get another job for a lengthy period, and it will be interesting to note how it played with the jury.

One of the areas of Stojilkovic’s remarks that can be greatly contradicted was his questioning “what is the motive of the NCAA to go after Todd McNair?” and he directly went after the reason McNair was claiming, that the NCAA had to connect McNair to the case as a way to “send a message” to USC. Stojilkovic argued that none of the COI members testified that they increased penalties due to McNair involvement. In his rebuttal, Broillet said penalties went from 6 scholarship reductions to 30, and one year bowl ban went to two, after McNair was tied in to case.

Another area of Broillet’s rebuttal came after the NCAA had asked why McNair had never called Reggie Bush, Pete Carroll, anyone from USC or even Lloyd Lake? Broillet responded by saying that Lake was the NCAA star witness yet they hadn’t called him either, and the reason is that “nobody believes Lloyd Lake” and that could be important as the case revolves around credibility and who is believed.

Broillet also recalled a statement from Eleanor Myers, a COI member who, when pressed about details of McNair’s testimony, eventually said “we did the best we could with what we had” and Broillet answered “that doesn’t mean you can defame someone”. It went directly to the point of the NCAA needing to include McNair in order to get USC but they (Myers) couldn’t justify why they had done it.

Another important point that came up was with the Infractions Appeal Committee member, who was supposed to be the one who checked the facts after McNair appealed to evaluate if the NCAA processes were followed, but it was revealed that it was basically a rubber stamp approach where the COI was believed, the Lloyd Lake interview transcript wasn’t reviewed, and there was no recognition of the fact that there were outside e-mails involved, before a decision was reached to deny McNair’s appeal.

Is there a way for USC to get recourse if McNair prevails?

It’s possible and it would relate to the Uphoff, Cooper and Howard e-mails, and the potential for breach of contract claims with USC. McNair dropped his breach of contract cause of action but USC could have a strong argument, part of it depends on what USC knew and when they knew in terms of a statute of limitations. When did they learn of breach of contract regarding COI deliberations? Usually four-year statute of limitations, from when you should have known. Those NCAA e-mails were unsealed in March, 2015 and USC responded with dual statements from university counsel and athletic director Pat Haden, where both statements noted the potential issues regarding outside communication going against NCAA guidelines.

So what happens on Monday?

The judge will offer some instructions and the jury will go into deliberations about 9:15. There’s a chance the jury could wrap up in one day, there are nine questions on defamation, one cause of action, unless there are a lot of questions it should be one day. If there are punitive damages they would be bifurcated, which is where the attorney’s would present their cases about the amount of money to be paid.

*** from Lizelle Brandt and Garry Paskwietz. Brandt is an attorney who also covered McNair during his time as USC running backs coach. Listen below for a podcast where Brandt breaks down the closing arguments in detail after watching them in court.