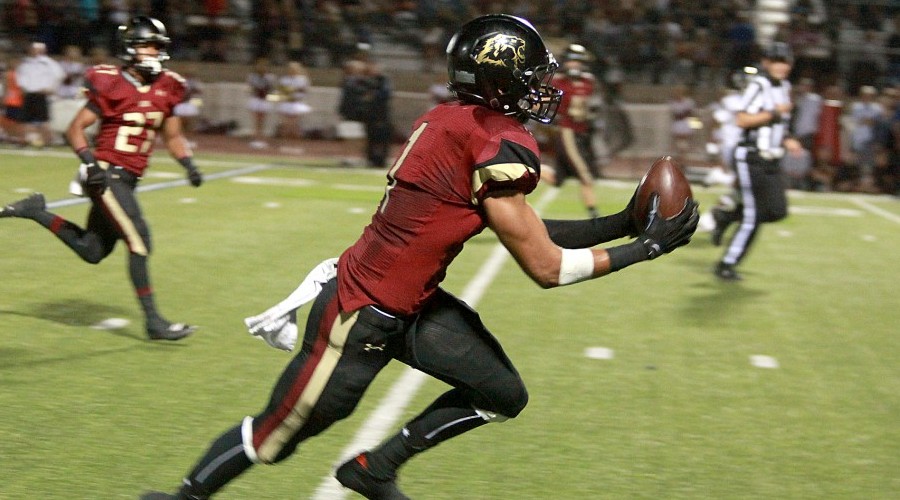 Pittman (6-4, 205) originally committed to UCLA in October 2014 before recently de-committing and eventually choosing between USC and Oregon. He is ranked as the #286 player in the nation as a member of the ESPN300 and also had offers from Notre Dame, ASU and Nebraska. He is known for having good ball skills with his physical frame and the ability to work the middle of the field with good body positioning. Michael also plays safety for Oaks and could even project as an OLB in college but the interest from the Trojans is as an outside receiver, which fits the recent mold that Steve Sarkisian has recruited for the position as a receiver with size.

Last year Pittman had 47 catches for 914 yards (19.4 yards per catch) and 12 touchdowns, while playing primarily with a freshman quarterback, so it will be interesting to see how those numbers improve in his senior year.