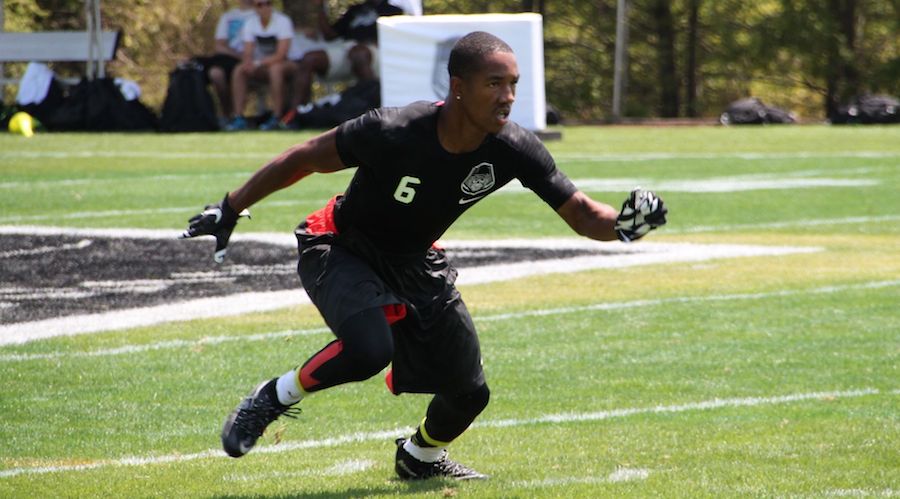 This time, the Trojans had a marvelous “fourth quarter” and “finished strong”!

I love getting up early and watching the reports trickle in on the WeAreSC site and via Twitter and seeing just who has upheld their promise to be great and who has taken a wrong turn.

It’s all the better when that “wrong turn” turns into a right one and a fine layer decides they have seen the light and decide to become Trojans after thinking it might be better somewhere else.

And when the dust settles, our fine class goes from around #20 to #7 in the country, and gets the tab (despite a Times headline that goes against it’s own charted rankings later) as the best in the Pac-12.

Coach Helton and his staff, some of whom have not been on board for all that long, showed how good at this craft they can be. Of course you’ve gotta “coach ‘em up!”, but the future continues to look brighter and brighter all the time.

I was a bit surprised we did not pick up a single placekicker or champion type punter, especially with JB back in the fold. I was sure that kid who he recruited to Michigan was going to follow him here. That Harbaugh’s gotta go back to the pros, right? Just like Mora eventually.

Bruin fans are touting their class to be the best in the conference. Time will tell. I do know, however which team is best on the field.

And now with LOI day behind us, time to award a few scholies to walk-on guys, or wait for a kid still out there we are secretly looking at who needs to get his grades up or some such, that we can pluck late and blue shirt. Or is it gray?

I’ve been fired up for days about tonight’s game at Galen. They’ve asked the fans to wear black. I hope the team doesn’t. At any rate, it’s time for the world of college basketball to re-claim L.A. like it was in ye olden days.

SC has not won a regular season conference title since 1963. It still seems unlikely they can do it this year. Just getting in to the tournament will be a major accomplishment, but there are still many games to go between now and then.

This is a BIG game.

Just about the last thing on my bucket list is to call the SC championship game win in a future Final Four. A man has to have a dream, right?

See you at Galen tonight….great job you football recruiters on the coaching staff and behind the scenes making it all possible. GREAT job by Garry and all the guys on our staff for bringing it to life. It matters, and we care. A LOT.

And FIGHT ON! Beat the bruins!!