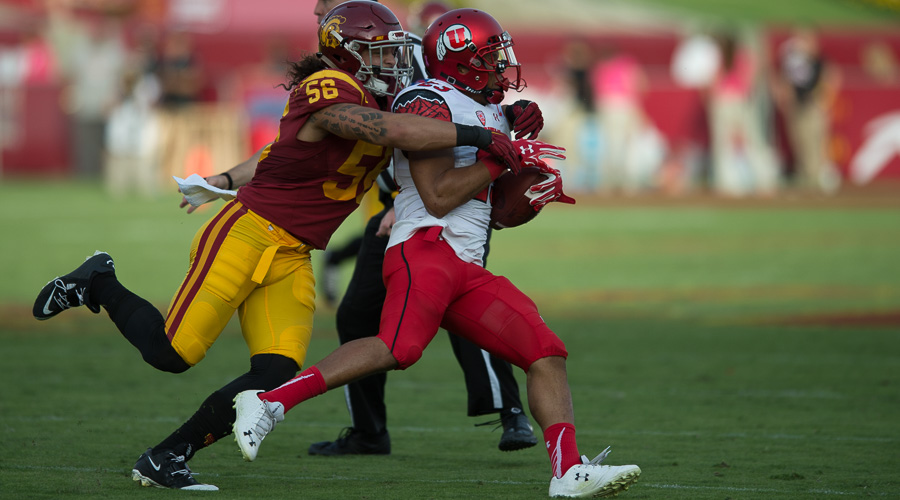 On to the Arizona game:

Seemed to me at one point they were talking about the Wildcats as a potential division champion, but injuries along the defensive front 7, inexperience in the secondary and confusion at quarterback, plus the loss of number one RB Nic Wilson (who should return this week) have upset those plans.

Nevertheless, they are being treated by our coaching staff as areal threat to our own existence, especially with their defense against the run, and ability to run the ball, perceived or otherwise after being totally shellacked at UW last week.

For us, things seem to be improving week by week; particularly it revolves around a renewed desire and ability, generally, to the run the football. Time of possession is on the plus side lately, our turnover rate is going through the roof, and our offensive balance is much. Much different, if not healthier.

That’s not to say that when the Cats load the box with 8 this Saturday, we won’t come out firing, which I think ultimately we will have to do early, often and in all directions and distances.

–As you probably heard, maybe from my updates, our plane was not fit to fly back from Oakland, leaving us sitting on a lane or a bus for about 5 hours before we finally got to shove off not from there but from SFO. Good thing we won, or it might not have been as fun.

I wonder when they discovered the mechanical trouble…..it was the very same plane we flew up with on Friday. It just sat on the tarmac waiting for us in between.

–Sorry to see the injury to JuJu…it looked ugly when they had to cut the glove off of his hand at the game. Surgery has come and gone, I doubt he will play this week, and hope he is not needed nearly as much now that so many backup pass catchers have stepped forward in recent weeks to fill various voids.

–Kansas City looked like the best TEAM to win the World Series in some time. I watched enviously. I wish the Dodgers would have hired Dusty (and now he took Davey Lopes with him). These guys had better know what they’re doing or it will set the franchise back 20 years (and I’m running out of time by the end of that)

–I wonder if the Lakers will win another title in my lifetime. Or the Clippers. One seems more likely than the other.

–The Ducks aren’t as bad as their start, but the Kings might be as good as theirs.

–Congrats to SC women’s soccer, a sure bet for entry into the NCAA tournament. The women’s volleyball team lost at UW and will not enter the NCAA’s as the number one, undefeated team in the country. And that’s never a bad thing.

–Hoppe and I took in the men’s water polo loss at Cal. They were better than we were. I don’t think this is a national title team. Final Four, probably. But there’s hope—-there are only three seniors on the entire squad.

–My Marshall football team suffered through another tough year. Defections, a short roster to begin with, los of top three QB’s to injury. And yet we still made the playoffs!

–Clay Helton is a joy to interview each week. Smart, football smart, funny, and glib. He just might be the leading candidate not named Saban or Meyer to lead our fair squad next year. Especially with four more wins in a row.

–The ocean water is still 70 degrees. I’m going body surfing before the game Saturday. Meantime, the forecast is for kickoff temps in the low 30’s in Boulder next Friday. What’s the over/under on the number of plays the Buffs will run?

I hope you take time not just to go to the game, but also to tour the campus and the Rose Garden and make it a real experience on Homecoming Saturday. See you at the Coliseum.