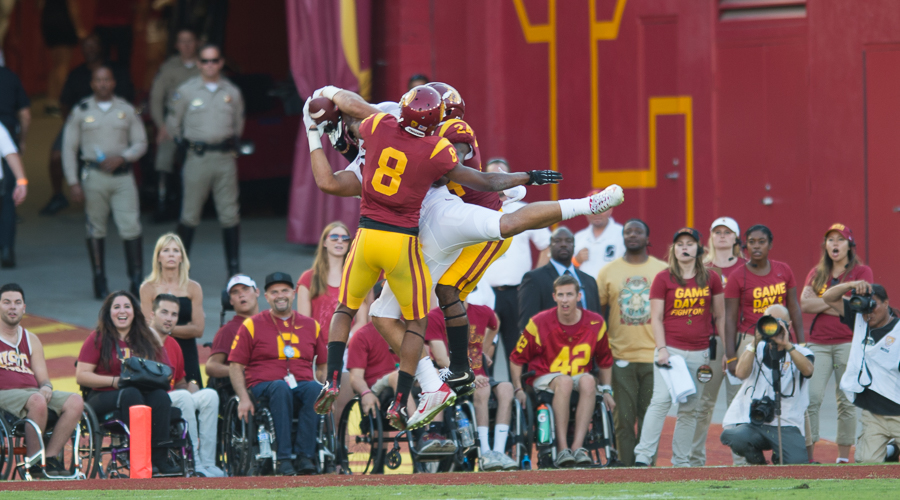 Well, it’s just sheer misery when something like that happens. I think it caught most of us off guard, but now that it’s Monday I can hear someone’s voice in my head telling me in August that we would have to outscore teams to win a lot of games this season, as our defensive front is being rebuilt and waiting for young talent to come along and mature in the years to come.

And someone else told me they thought Stanford was going to plenty tough, and this well known person said he though SC would lose to Stanford. But we don’t ever want to hear that another team is bigger and badder and better than ours.

But it sure looked that way Saturday. Our offense was generally quite good, but our defense could not slow down what Stanford does so well, even when they sorta knew it was coming.

That’s the essence of frustration.

So now we face the task of win-or-else at ASU this Saturday night. You can lose to a Northern division team and probably get away with it IF you are a true championship contender. But a second loss, to start off 0-2 and to a Southern division combatant might be too much to bear. Not to mention you’d probably have to run the table in the remaining 7 conference games that follow.

Cody Kessler was really good (so was Kevin Hogan) again. Our running game looked very good until it stopped being used. The refs seemed to be looking for things to call against SC, but then I am a conspiracy theorist anyway.

The secondary was almost always nearby the SU receivers, but could never quite make THE play. O turnovers for two straight games (three straight for the offense!).

And now we become Stanford fans for the rest of the season. I’d love to see them in December, wouldn’t you?

There are many days when I miss doing the Trojan Brunch with The Coach, but yesterday would not have been one of them.

Our broadcast team conference call today was more than a little bit
“down”. If the team is moping around like the rest of us, well……

We had, I thought, a pretty good broadcast. We played better than the team, and that’s unusual.

Can the Dodgers clinch it at home? If not maybe in Frisco, that’d be nice.

You just knew BYU wasn’t going to pull out a third in a row at the end.

So SC is ranked higher that Stanford in both polls. Despite losing to them on the Trojan’s field, and getting pushed around doing it. Must be the same voters as in the 1978 final poll.

All right, that’s enough, I’ve gotta get back to work and start concentrating on this Saturday, not LAST Saturday. Welcome to Fall.