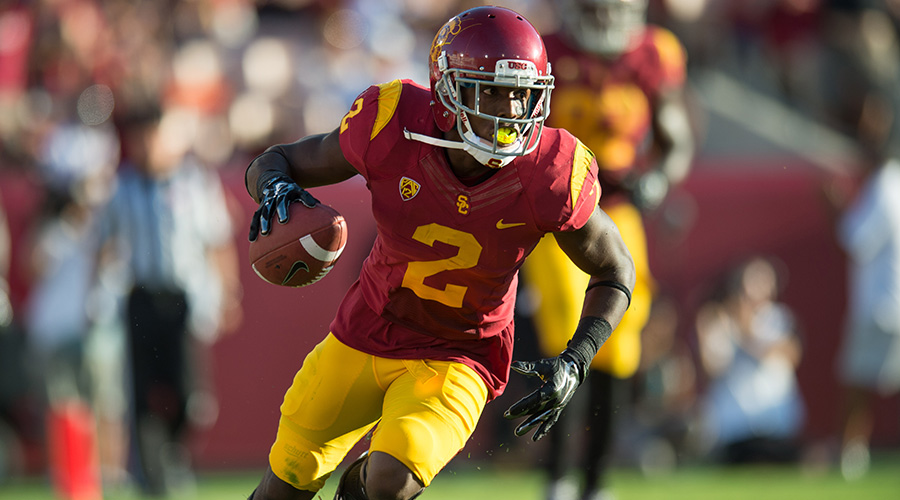 Feeling good about the bye week. We all really needed a breather, to get ready for the last three, to heal up and to work on a few things that need working non.

Thankfully, this young team will have the opportunity to do so during the holiday season too as they are now bowl eligible following the easy win up north.

It was cold—so cold we had to close the window on our press booth. I felt really bad for our sideline guy, Jordan, who shivered through the entire game. He should get battle pay…and is a hero in my book if only for surviving.

Trojans looked plenty good of course, mostly passing. The run game clicked alter on when Wazzu had more or less given up, but Buck got his 100, either way you look at it. Defense was good, giving up only sideways passes and short ones from the backup who came in when Halliday sickeningly broke his leg.

The fog rolled in late, and had the game started about 45 minutes later than it did, we would not have been able to call the finish from the press box. No one was there to see it anyway, literally about 500 fans in the stands at game’s end.

Reminded me of the time at Cal years ago when there were more seagulls than Cal fans.

Did you read where Bears RB Lasco says they’d rather beat SC than Stanford? It’s not true of course, but nice of him to give us some extra incentive, don’t you think?

**
Water polo led but fell flat at home with Ucla, and now have to try and win the conference and national titles the hard way, from the #2 or #3 slot. Could happen for this streaky group.

Women’s soccer this Friday at the Coli vs Ucla at 7.

**
I read about a way where ASU does NOT have to lose three games for SC to pass them in the Pac-12 Southern standings. Assuming Utah loses again (this weekend to Oregon for example) and SC beats Cal and Ucla, then if Arizona beats ASU in Tucson and Ucla does not lose any other games: SC, Arizona and ASU would tie for first all at 7-2. Ucla would finish fourth. The three tied teams would have all gone 1-1 against each other. Then you go to the next tie breaker, how each team did against the next best team in the standings: Ucla. SC would have beaten the Bruins, while Arizona and ASU would have lost to them, giving us the title and a spot in the conference championship game.

It’s a little convoluted but really quite doable.

**
I am finally not sick anymore. I even went swimming in the Pacific Ocean, on November 5 as the water is still 69 degrees and very, very nice. Ridiculous for this time of year, and the latest I have ever gone in since I was a surfer boy in high school.

With the air temp about 80 here at Venice Beach as I write this Thursday morning at 11, maybe I’ll go again today when I get a break. Maybe Jordan is just standing there in the sun outside HH! Melting.

**
Prepping Cal and Ucla games during the week off, trying to rest my voice. But I did get to fill in one day on the radio recently and talked to Cody and he said he is going to take the lead in trying to keep all of our upper class guys from going to the NFL early. I like that…a LOT! Other than Leonard, who probably ought to go, I think all of the rest of them would be better served and better players for having stayed their final years.