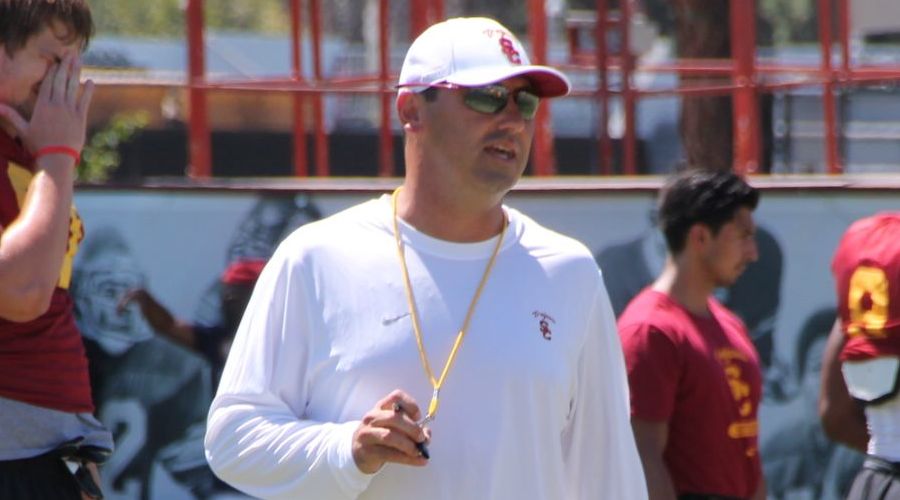 I read what you read and hear what you hear in some cases, and this one is one of them. I have nothing to add to what you all already know.

I can tell you that what has happened is not a total shock. There had been rumors and stories about Coach Sarkisian’s drinking problem. I never knew what to believe and hoped against hope that the stories were just that….stories.

Last Thursday at the game, I spoke to some friends from Washington who are very close to the program, and we discussed Steve and what had happened at the Salute to Troy event, and to a man they all expressed ZERO surprise and in fact were surprised more episodes had not happened yet.

Then, and no sooner, I got the feeling that maybe there was more to the story than met our eyes.

But I tend to and want very much to believe a man when he says he recognizes a problem and makes promises to all of us, via media and in person behind closed doors, that he will do as he says…if he can.

I spent a few precious moments with Steve, whom I consider more than just a business acquaintance, but a friend. Usually it was after Thursday practice in his office. Occasional texts; a phone call.

I never once saw any indication of intoxication of any kind, nor of a man in anything other than in control of his situation.

But that is the trick of those with addictions, I am told. To be able to fool the rest of us and generally act as normal. But eventually, everyone knows, usually because of a lack of self-control, when something goes wrong.

And so we bid goodbye to our Head Coach, but not to our friend. We ARE a Trojan Family, and we will ALL support him in his quest to get well, get clean and move forward with his life.

It will no longer be with our University. Likely he will become a position coach, maybe next year, in the NFL. Hopefully he can use this as a teaching moment for others, and be outspoken and vocal about the dangers therein.

I have reached out to him to tell him of my love and support.

I have not heard from him yet, but I imagine he has much more important things going on.

One more thought: I hear lots of people, particularly media types typically stirring the pot for listeners and readers, calling for the head of Pat Haden. All he did in my mind is to be a good employer who gave a fair and honest chance to an employee who made a mistake. He took the employee’s word that he would take care of the problem. He gave a man a second chance. It didn’t work out. I find it to be not only wise but extremely good leadership, and would hope that any company head practice the same when something of any kind goes wrong for you or for me.

Thank you, Pat, for showing patience and being a good human being.

I have reached out to Coach Helton to offer my support to him as we move ahead. He has responded very positively, and I am sure he will do and say the right things.

Will the team respond to him like they did with Coach O in 2013? Will they continue their up and down roller coaster ride? Is Helton being considered as a possible permanent replacement, or must there be a change at season’s end? Lots of questions, and the answers have to come pretty quickly.

Meantime, let’s keep a good thought out for Sark, the man.