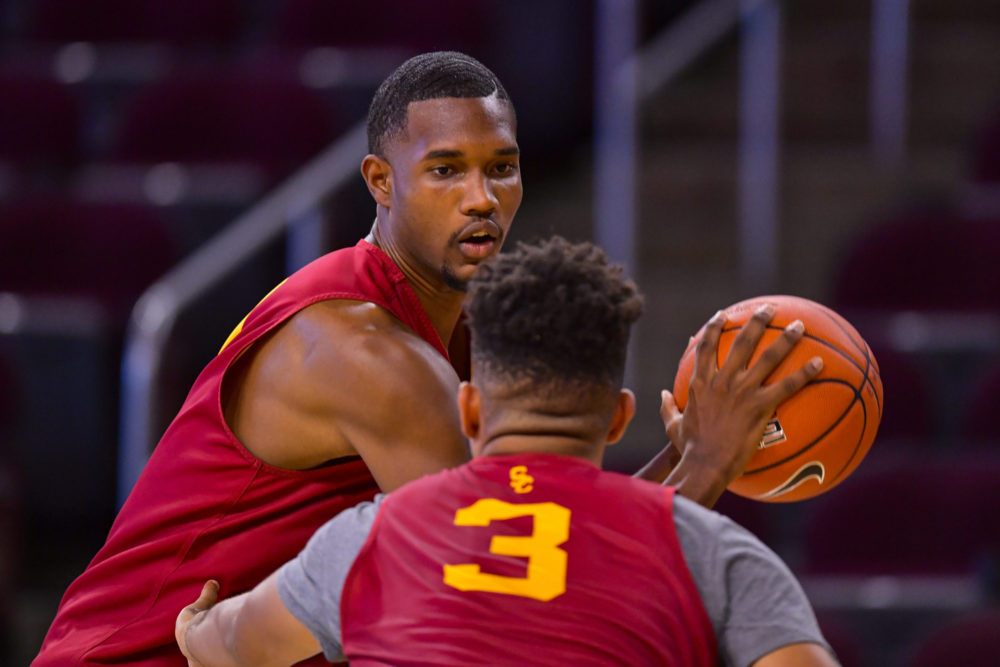 Wednesday and Thursday are my personal Covid “anniversaries.” I was in Las Vegas at the Pac-12 first round games last year on the Wednesday of conference tournament week when a buzz started circulating in the late afternoon that a Utah Jazz player had tested positive for Covid. Before the final game of the evening an announcement was made that no fans would be allowed to attend Thursday’s games, though media could attend. By the next morning the country began its lockdown and college basketball was over. I returned home to quarantine for two weeks.

For everyone who loves the excitement and drama of March Madness, it is finally here. It brings some normality after a very difficult twelve months. Just as the last year has been like no other, 2021’s version of the Big Dance will be played in a very different form than past years. Games in empty arenas or in front of very small crowds won’t have the same fan driven frenzy; even so, March is perhaps the biggest highlight each year for sports fans generally and brings in millions who only watch college basketball in March.

Millions will watch to see if a sixteen seed can beat a one seed again, or how many twelve seeds beat fives. We cheer for the big underdogs and this year argue whether the small school in Spokane can go undefeated and win its first national championship. Trojan fans will anxiously wait for Sunday’s announcement of the tournament brackets to see USC’s matchups. And before we get to Sunday, Trojan fans will watch the games this week in Las Vegas hoping that USC can win its second Pac-12 Tournament title.

It is an eerie feeling inside a very large pro arena with only about fifty team family members along the sidelines. There are ten times more people working here than the teams, family and media put together. Lots of security personnel and about eight people at each of the three entrances that are being used. At each timeout ushers walk up and down the stairs between the almost completely empty family sections. Maybe this is part of a Las Vegas attempt to keep people employed.

The TV commentators are set up about ten rows off the court between mid court and the top of the key on one side. The rest of the media, including photographers, are outside suites in one end. No idea why the suites at mid court wouldn’t have been used. Between games and at timeouts the piped in music reverberates through the empty arena and I feel it through my seat.

The companies that placed ads on the scoreboard didn’t get their money’s worth whatever they paid. The screaming PA announcer is obnoxious and with so few people, it is cold inside; I’m wearing a sweatshirt and a jacket.

When ASU warmed up before the first game I was thinking about Evan’s freshman season compared to fellow top-ten recruits Josh Christopher at ASU and Zaire Williams of Stanford. Both had very average seasons and help demonstrate how hard the adjustment is for freshmen, except for a very select few. The Trojans have been fortunate the last two seasons to have freshmen stars who dominated from the first game of the season.

Utah Hangs On And Will Play USC On Thursday

How does a team allow its opponent to score 95 points, make 52% of its shots and 37% from three, 77% of its free throws and lose the rebound battle and still win the game? The Utes managed by scoring 98, having six players in double figures, making 14-27 threes and 60% overall. This is not the same Utah offense that the Trojans hammered in the second conference game of the season at Galen; the Trojans found out the Utes can be a tough matchup in the recent loss in Salt Lake City.

The Utes led by double figure most of the game against UW but in the final minutes were plagued by turnovers and missed free throws and had to hang on to win. The Huskies didn’t reduce the lead to single digits until just under two minutes remained. Utah guard Alfonso Plummer admitted that the late press and trapping defense bothered the Utes.

Coach Larry Krystkowiak expects the Trojans to try to get the ball inside to Evan Mobley and acknowledged there is not much room for error against the Trojan defense.

The Utes will enter the game playing their best offensive basketball of the season after scoring over 90 points for the second game in a row. Coach K said they are relying heavily on all conference forward Timmy Allen. Allen had a double double against UW and led Utah with 24 points. He is the only player in the conference to be in the top ten in scoring, assists and rebounds.

Allen gets his points in the lane and the Trojans can’t allow him to drive. If Isaiah White is available he would be the perfect defender against Allen. The other Utah scorers can all make threes including big men 7 foot starter Brandon Carlson and 6’9” Riley Battin. The two bigs played together most of the second half against the Huskies. Carlson is the only Ute who is a good inside defender. The Trojans can beat Battin or anyone else inside.

The Trojans will need to limit open threes by Plummer, Battin and the other outside shooters and run them off the three point line and into the Trojans size inside. Limiting the Utes to one shot will also be important. Over the last few weeks of the season the Utes have not played like a seven seed and eighth place team.

This will likely be a tough game for USC. The winner may be determined by which team can impose its will on the other. In their two meetings the Utes did not allow Evan to be a factor on offense. Will the Trojans be able to pound the ball inside or will the Utah three point scorers lead to an upset?

The Trojans’ team success over the past five to six decades has been sporadic. The last six years are perhaps the best period of sustained success ever. The announcement this week of the USC sweep of the conference player and coach awards makes this a good time to remember that USC has had a lot of good players over the years.

Evan Mobley won the conference hat trick and it was very good to see Tahj Eaddy named second team All Pac 12 and Andy Enfield win the coach of the year award. Tahj and Andy are very deserving and Evan’s presence has potentially altered the trajectory of USC basketball. In their honor, let’s look at the history of Trojans winning conference post season recognition going back to the mid 1960’s. The list of names brings back a lot of memories.

Three Trojans have been previous POY winners over these years: Wayne Carlander in 1985, the year the Trojans finished tied for first place; Harold Miner in 1992, the year he was named Sports Illustrated national POY over other All-Americans, including Shaq O’Neal; and Sam Clancy in 2002, the year USC gave Duke a close game in the Elite 8.

The only other Trojan Freshmen of the Year were Cliff Robinson in 1978 and Miner in 1990.

Naming a defensive POY is more recent. Two prior Trojans have been DPOY: Taj Gibson in 2009 and Marcus Simmons in 2011.

The conference Coach of the Year award began in 1976. Prior Trojan winners are: Bob Boyd in 1979 with team that finished 20-9 and 14-4 in conference play, a game behind John Wooden’s (and Sam Gilbert’s) Bruins. Stan Morrison in 1985 when the Trojans tied for first in the conference; and George Raveling in 1992, the year the Miner-led Trojans were a second seed in the NCAA Tournament.

The Trojans have had many All-Conference players over this period:

In 1980, the format changed and ten players were named All-conference First team.

In 2008, a five man first, second and third team was named

In 2010, the conference started the present format of ten players on the first team and five on the second