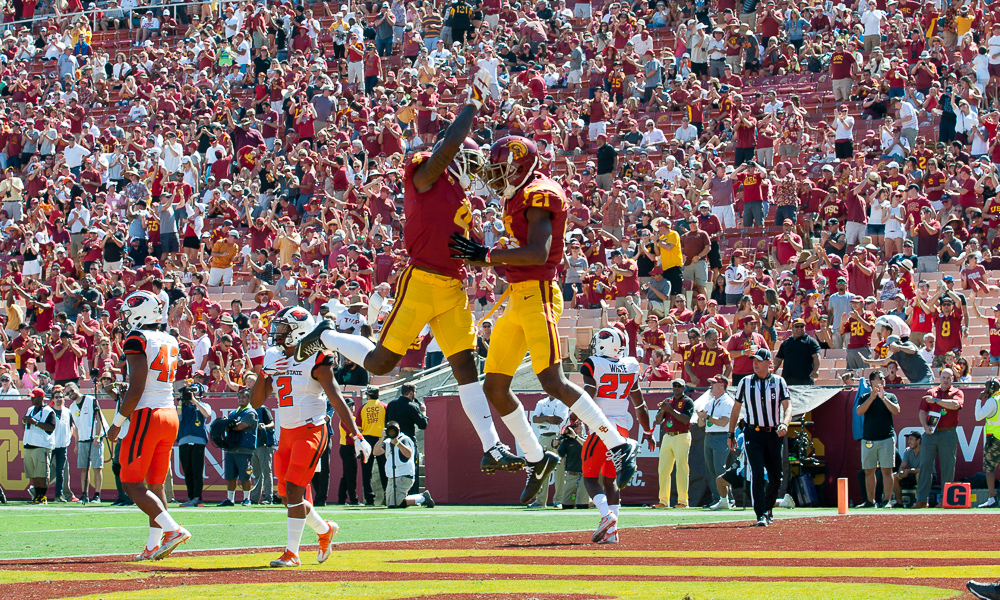 When the Pac-12 conference announced in August that it would postpone all fall sports competitions until at least January 1, 2021, one of the major factors contributing to the decision was the inability to test student-athletes frequently enough and close enough to game time. The conference took a major step toward potentially solving that issue on Thursday, as it announced an agreement with Quidel Corporation that will implement as often as daily testing for Covid-19 for student-athletes for all close-contact student-athletes throughout the conference.

The Pac-12 will be the first to offer a conference-wide regimen designed to limit the spread of Covid-19 and to prevent anyone with the infection from participating in a practice or game.

“This is a major step toward the safe resumption of Pac-12 sport competitions,” Pac-12 Commissioner Larry Scott said in a statement released by the Pac-12. “The availability of a reliable test that can be administered daily, with almost immediate results, addresses one of the key concerns that was expressed by our medical advisory committee, as well as by student-athletes, coaches and others. At the same time, our partnership with Quidel, the industry leader in point-of-care antigen testing, will provide crucial research data that will benefit our members’ communities as well as the entire country.”

According to the Pac-12’s release, “Quidel’s Sofia 2 testing machines and tests are expected to be delivered to each of the Pac-12’s athletic departments by the end of September 2020.”

Scott said the tests could produce results in 15 minutes.

In a report earlier this week from CBS Sports, the NCAA could be looking to start its men’s and women’s basketball seasons on Nov. 25. While the Pac-12 has said it will postpone sports until 2021, the CBS Sports report stated that the Pac-12 feels as though it could potentially make that Nov. 25 start date work. As always, any decision made is likely not final and will depend on ensuing numbers and case outlooks.

Theoretically, point-of-care rapid testing immediately before a practice or game would be able to eliminate the risk of infection in student-athletes and staff from said practice or game. It would certainly seem that if any number of students are on campus, the ability to completely eliminate the spread of Covid-19 through athletic practice or competition would clear one of the major hurdles (and potentially all of the remaining hurdles) between the Pac-12 and a return to athletic competition.

“This is an opportunity to get our athletes back to activity in a careful and controlled manner while monitoring outcomes.   It is win-win for athletics and to better our understanding of strategies to prevent spread during sports,” Dr. Kimberly Harmon, section head of sports medicine for the University of Washington, said in the Pac-12 statement.

USC football and men’s water polo workouts are currently paused until at least Sept. 8, as the programs had a combined eight positive tests last week to force the pause. It began last Wednesday and was in place until this past Monday, but was extended another week. USC football had gone three weeks in a row without a positive test.

In its original 2020 football schedule, the Trojans would be readying themselves to line up against Alabama this Saturday, in a neutral site game in Arlington, Texas.